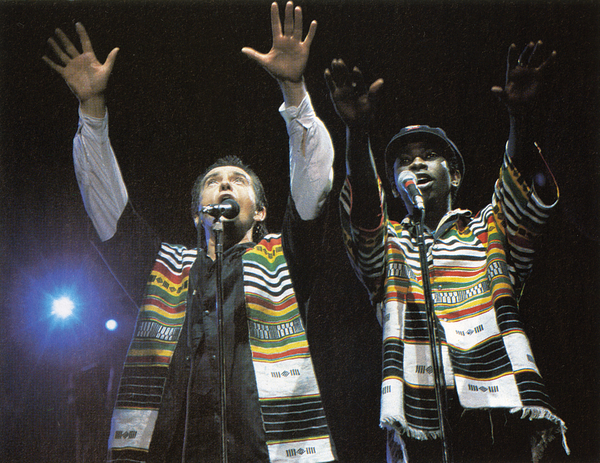 Growing up with a Quaker education always led me towards social justice, but it was music that opened the door to Amnesty for me. I’ve been an active member of Amnesty International USA and a volunteer leader for more than half my life and it all started at the Human Rights Now! Tour in Philly in 1988.

Having already been a huge Peter Gabriel and Genesis fan, I was absolutely not going to miss his performance and especially looked forward to his human rights anthem “Biko.” Adding to that, with Sting, Bruce Springsteen, Youssou N’Dour and Tracy Chapman – artists with a strong and ongoing commitment to human rights – the show was unlike anything I had ever seen.

Before Live 8, before 12-12-12, before the Concert for New York City, Bruce Springsteen, Sting, Peter Gabriel, Tracy Chapman and Youssou N’Dour teamed up with Amnesty International to educate and move a generation towards activism. Even folk icon Joan Baez joined them that night in Philadelphia. I will never forget that show. Those artists were helping to grow a worldwide human rights movement and I was thrilled to be a part of it. I became a lifetime Amnesty member that night. 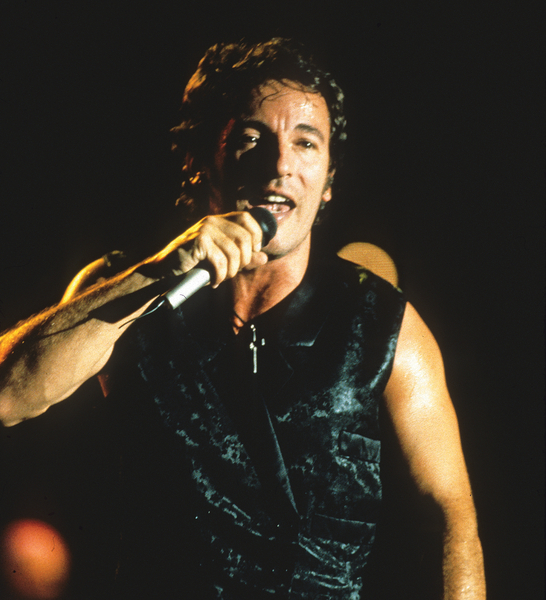 Bruce Springsteen performing at the Human Rights Now! tour. The series was a twenty-concert world tour held over a six-week period in 1988. The tour commemorated the 40th anniversary of the Universal Declaration of Human Rights (Photo Credit: Ken Regan/Neal Preston for Amnesty International).

There were more than 75,000 activists at the old RFK stadium that night, the largest stadium Philly has ever had, and the crowd was electrified throughout the night. When Gabriel played his moving tribute to the leader of South Africa’s Black Consciousness movement Stephen Biko, murdered in jail by South African police, the entire crowd threw their fists in the air and you could feel the power of solidarity and grassroots movement.

Being part of that crowd of 75,000 is something I will never forget. And I quickly came to see we weren’t just there for the music – we were there for the hundreds of thousands being persecuted around the world simply for who they were or what they believed in. We were there to amplify a call for justice so it couldn’t be ignored. We were there to move millions to action through the transformative power of song.

I signed up as an Amnesty member right there at that concert – one of the hundreds of thousands to join Amnesty as a result of these concerts. That number soon rose to over a million members worldwide and reinforced the power Amnesty had to be a force for change. 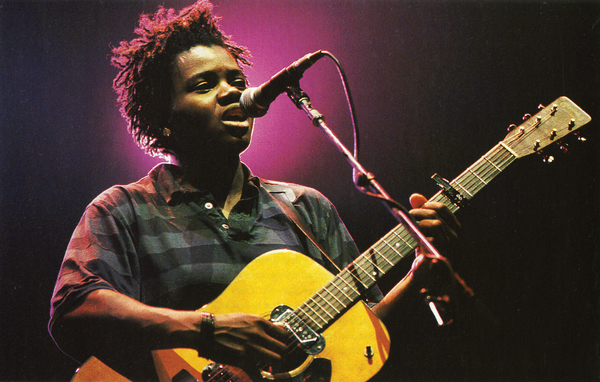 Tracy Chapman performing at the concert. The Human Rights Concert series featured musicians such as Sting, The Police, Peter Gabriel, U2, Bruce Springsteen, Radiohead, Joan Baez, and many others. Over 1,250,000 people around the world attended these concerts in person, and millions more experienced them on television and radio (Photo Credit: Ken Regan/Neal Preston for Amnesty International).

After Springsteen finished playing the last set that night, the crowd erupted again. Then, the lights came up and they all came back out – Sting, Peter Gabriel, Tracy Chapman, Youssou N’Dour and Joan Baez. All had given amazing performances of their own and now were coming back and singing as the Boss lead them in a rendition of Bob Dylan’s “Chimes of Freedom.” It was a powerful moment – as we all raised our voices to join them, we all knew we were also making the commitment to raise our voices against injustice. The promise I made that night is one that stays with me to this day and one I still strive to live up to.

Amnesty is bringing back its Human Rights Concert series for a new generation. Become part of the ever-growing movement speaking out against injustice. Book your tickets through Ticketmaster or go to http://www.amnestyusa.org/Feb5Concert/ for more information.

Paul Paz y Miño has been Amnesty International USA’s Colombia Country Specialist since 1995 and is currently the Online & Operations Director at Amazon Watch. His 6-year-old son is “coincidentally” named Gabriel. Follow him on Twitter @paulpaz.