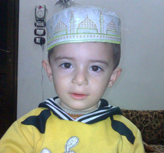 One of my colleagues just returned from Aleppo, and her horrific account shocks the conscience. Scores of civilians, many of them children, have been killed and many more injured, in recent weeks as a result of government sanctioned air strikes and artillery and mortar attacks on residential neighborhoods. Some of the victims died in the very places they had sought shelter, having been forced to flee their homes due to the fighting. My colleague investigated some 30 attacks in which more than 80 civilians who were not directly participating in hostilities were killed and many more were injured. Her documentation of these crimes adds to the findings of other investigations such as the United Nations Commission of Inquiry.

Opposition fighters, while mostly fighting with short-range light weapons, have at times also used imprecise or indiscriminate weapons (such as mortars and home-made rockets) that equally pose a danger to civilians. Both government forces and armed opposition groups have an increasing presence in residential areas, thus further putting civilians at risk. As the conflict continues, there are growing concerns about increased abuses, including unlawful killings and ill-treatment of captives by opposition fighters belonging to a plethora of armed opposition groups, including the Free Syrian Army (FSA).

All parties to the conflict in Syria must abide by International Humanitarian Law (IHL), refrain from attacks against civilians and take the necessary precautionary measures to protect civilians.

What else will it take for the UN Security Council to act?

Recent reports by international human rights organizations with access to Syria such as Amnesty International and Human Rights Watch, as well as by the United Nations, are only the newest evidence of large scale violations of human rights in Syria. Crimes against humanity have been extensively documented over the last 18 months. How much more will it take until the UN Security Council will end its shameful silence? A referral to the International Criminal Court by the Council could be the beginning of the end of the spectacular failure by the international community to guarantee the basic human rights of Syrians.