The harassment, detentions, arrests, fabricated charges and unfair trials meted out to activists under the blazing lights of the world’s cameras were a blight on the games. It does not bode well for when the Games are over and world media leaves Russia.

Yes, the Olympic Games should be above politics, but not above human rights.

”
The list of human rights violations committed in the context of the Olympic Games is long.

In the midst of the games, on February 18th, nine people were detained in central Sochi. Among them were Nadezhda Tolokonnikova and Maria Alyokhina, members of the punk group Pussy Riot and former Amnesty International Prisoners of Conscience. The following day, several members of the group were slapped, whipped and thrown to the ground by uniformed men calling themselves Cossacks.

A transgender activist from Italy, Vladimir Luxuria, was arrested in Sochi on February 17 for displaying a rainbow banner that said, ‘It’s OK to be gay.’

Other activists and journalists were also harassed and some arrested.

There was a period when arrests of activists in and around Sochi were reported almost daily. Activists who tried to protest against discrimination in other parts of the country, away from the Olympic spot light, were also arrested.

In advance of the Games, activists highlighted issues of serious concern. They included forced evictions to make room for Olympic infrastructure, poor working conditions for underpaid laborers, and the destruction of protected places of natural beauty. Activists who exposed these violations were harassed and arrested. 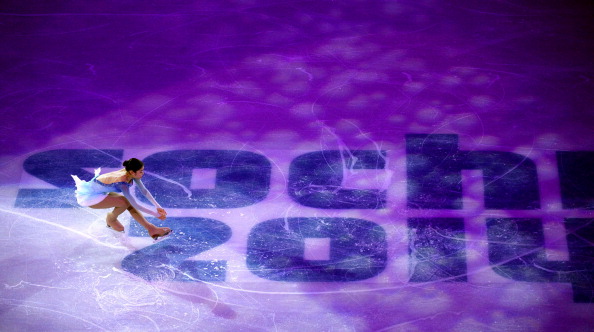 Russia’s repression continued unabated throughout the Games, and the Olympic movement failed to challenge the host country on its pledge to promote human rights (Photo Credit: Yuri Kadobnov/AFP/Getty Images).

Activists Yevgeniy Vitishko and Igor Kharchenko, members of the NGO Environmental Watch for North Caucasus, were arrested in separate incidents on February 3rd and 4th. They were sentenced to detention on trumped-up charges of hooliganism and resisting police orders. Both were behind bars when visitors to their native Krasnodar Region were enjoying the Games’ opening ceremony. Prisoner of Conscience Yevgeny Vitishko was subsequently sentenced to three years in prison in connection with his environmental activism.

The group had been highlighting the destruction of protected forest and other environmental damage the Olympic Games had brought to their region. Other members of Environmental Watch were subjected to repeated arrests, brief detentions, personal searches, questioning by police, and unofficial warnings from police and security officials to abstain from protesting during the Sochi Olympics.

Harassment of Environmental Watch and the imprisonment of Yevgeniy was the culmination of a concerted campaign to silence and squeeze out critics in the run-up to the Sochi Games.

Amnesty International has continually urged the International Olympic Committee (IOC) to condemn the arrests and harassment of environmental activists in and near Sochi ahead and during the Games, and to address the serious human rights violations associated with the preparation for and staging of the Sochi Olympics. So did other human rights organizations.

The silence of the IOC in relation to human rights violations in Russia has been deafening. Yes, the Olympic Games should be above politics, but not above human rights. Instead of promoting equality and human rights, IOC members have washed their hands of all responsibility preferring to take the official line that the Russian authorities fed them.

3 thoughts on “#SochiFail: The Legacy of Russia’s Olympic Games Won’t Be What Putin Wants It To Be”