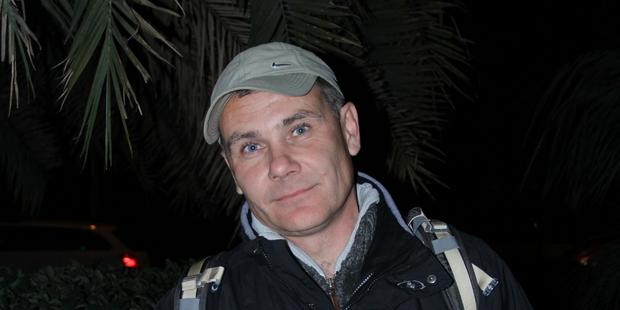 When I heard the news about Vitishko’s arrest, I was in the middle of a conversation with Semyon Simonov, a lawyer for the human rights organization Memorial in Sochi.

Simonov spoke about how hard is it to organize demonstrations in Sochi, even outside the context of the Olympic Games.

It's a simple and horrifying message from the Russian authorities to the country's civil society: If you don't fall in line, you will be next.

”
“You ask [for] approval for a demonstration (as required by Russian law), that is followed by an invitation to the mayor’s office, where the local authorities try to persuade you into calling off your event. If that does not work, it quite often turns out that a local school is organizing a festivity or sports day on that specific date and time at that very location. Then a different location for the protest is proposed by the authorities. And it just happens to be a park on the outskirts of the town, where you can hardly be heard or seen by anyone.”

Instead of being in Sochi during the Winter Olympics, Vitishko will be spending the next 15 days in administrative detention and Sochi2014 has its first prisoner of conscience.

During these 15 days, he cannot talk about the environmental damage caused by during the constructions of the Olympic infrastructure or other issues that don’t fit into Putin’s Olympic show.

Vitishko’s case is another clear example of the harassment against civil society activism in the run-up to the Olympics. It’s a simple and horrifying message from the Russian authorities to the country’s civil society: If you don’t fall in line, you will be next.