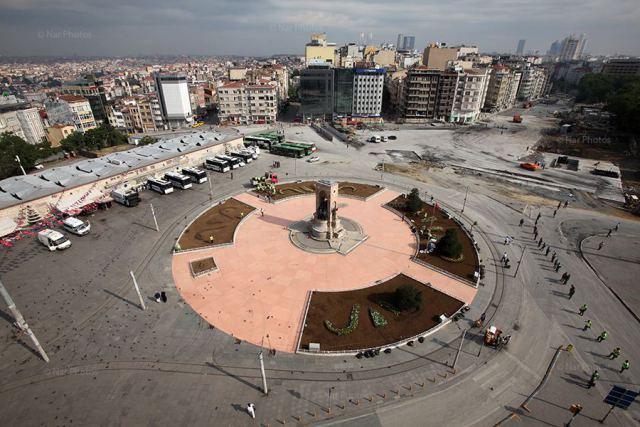 I [miss] the days I used social media to connect with my high school friends. In #istanbul, it’s only used to ask “are you safe” these days

So writes one of my friends in Istanbul today after a weekend of some of the most shocking police violence that Turkey has seen in years. It will take many days, weeks,  and perhaps years to understand the full cost and ramifications of the storming of Taksim Square that occurred Saturday night.

We do not know yet, for example, how many were injured, but the promiscuous use of water cannon and tear gas against protesters, by-standers, journalists, and medical personnel suggests the numbers will be very large. There are additional reports, which I have not yet been able to confirm, of the use of plastic bullets. Tear gas was hurled into buildings like the Divan Hotel, where people sought refuge. Video footage shows a water cannon was directed at the inner courtyard of the German Hospital down the road from Taksim.

Amnesty staff and volunteers, working to record violations, were among those affected. Andrew Gardner, our Turkey researcher, for example, was struck by water cannon as he attempted to keep track of the violations in Taksim Square. He received no serious injuries and is safe and hard at work. But many others were not so lucky.

The full tally is still unclear, but it is obvious that among the many arrested, a large number are being held incommunicado.  As Gardner notes in an Amnesty statement issued today, “[following] a night of shocking police violence, the authorities are now denying due process to those they have detained. The police must release them immediately or disclose their location and allow access to family members and lawyers.” 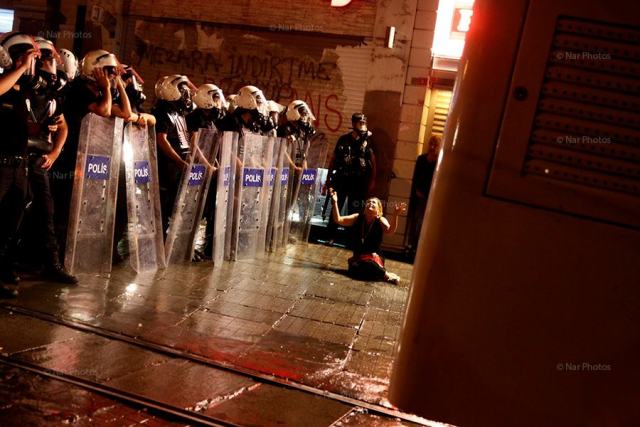 The statement goes on to note:

Amnesty International has received consistent and credible reports of demonstrators being beaten by police during arrest and transfer to custody and being denied access to food, water, and toilet facilities for up to 12 hours during the current protests in Istanbul which have taken place for almost three weeks.

The fact that the location of the protesters is not known heightens concerns that they may have been ill-treated by the police.

A particularly grotesque element of the crackdown is the arrest of medical personnel who have cared for the injured. Today’s statement notes that “police were seen detaining doctors who were treating injured protesters in makeshift hospital facilities at the Ramada hotel in Osmanbay, close to Taksim. The Minister of Health has previously stated that the makeshift medical facilities are illegal and that doctors may face prosecution.”

“It is completely unacceptable that doctors should be threatened with prosecution for providing medical attention for people in need. The doctors must be released immediately and any threat to prosecute them removed,” said Gardner.

Take action: Sign the petition to end the abuses in Turkey

8 thoughts on “Dark Days in Istanbul”