By Lev Ponomaryov, head of Russian NGO “For Human Rights,” which is embroiled in a court hearing in connection with the so-called “foreign agents law.” The law, enacted by the Russian authorities late last year, requires any NGO receiving foreign funding and engaging in what it defines very loosely as “political activity” to register as an “organization performing the functions of a foreign agent.”

Prominent legal cases and detainees such as the Greenpeace activists, the Pussy Riot punk singers, the former Yukos oil company managers, highlight the lack of fair trials and poor prison conditions in Russia.

However, the political significance of their cases should not be allowed to overshadow the systemic problems that deprive thousands of Russians of their rights every day and the fact that the authorities lack the political will to do anything.

Fair trials and prison conditions are only two of the many areas we have been working on since our NGO, For Human Rights, was founded in Moscow in 1997. We are what our name says – for human rights, for all human rights for all people.

”
Our representatives in almost all regions of the country raise issues with government agencies. Unfair trials, torture and ill-treatment in places of detention, corruption in housing, violence against minority groups – the list is long. We also publish two newspapers, Protecting the Rights of Detainees and For Human Rights, which are freely available to detainees, prison administrations, regional prosecution offices and human rights commissioners.

We take urgent cases and give practical assistance, for example, when someone has been illegally detained by police. We advise, we write letters to the Prosecutor’s Office and other government offices. If this doesn’t work, we lobby the human rights Ombudsman for the Russian Federation and the Human Rights Council under the President, with whom we maintain close relations.

Since what we do is to help people to defend their rights, one would have thought that we would be commended for this, even supported.

Russia made its timid first steps towards democracy and civil society in the 1990s. Many of the new NGOs founded during the economic crisis that shook the country during this time were financed by international foundations. There has been more money in Russia since the 2000s, but national business is in no hurry to support civil society. Even less now, after representatives of the security services, led by President Vladimir Putin, came to power in the beginning of the last decade. From that moment on, the democratization process slowed down, then stopped, then reversed.

As a result, Russia’s fledgling civil society, which was trying to change habits instilled during 70 years of totalitarianism, is being stifled.

Vladimir Putin set the tone for his third presidential term in 2012 with the passage of a raft of legislation aimed at restricting the rights to freedom of expression, assembly and association. These have made the functioning of civil society next to impossible. 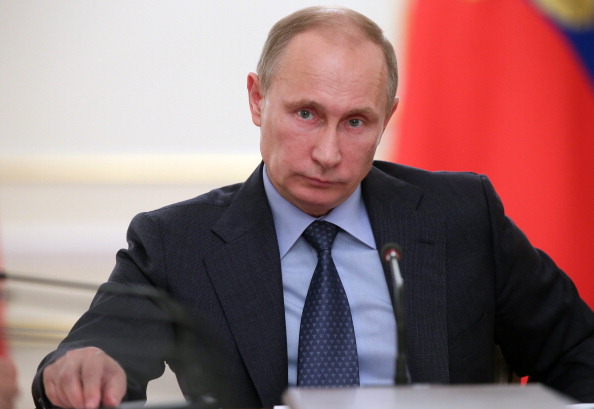 Putin set the tone for his third presidential term in 2012 with legislation aimed at restricting the rights to freedom of expression, assembly and association (Photo Credit: Mikhail Metzel/AFP/Getty Images).

Human rights organizations unanimously refused to register as foreign agents under the “foreign agents law,” pointing out that the law violated the Russian Constitution and international legal standards. Repression followed – the authorities raided hundreds of NGOs across the country to check documentation. They take us to court and often win as the judiciary is under the government’s thumb.

When they came to inspect us, we refused to leave our premises. After a 12-hour stand-off, special services raided the For Human Rights headquarters in Moscow. They wrecked the furniture and beat the people working inside. This was an unprecedented attack which hit international media and mobilized our supporters.

In the end, we won. The municipal authorities had to give us a new office. But our victory is only temporary as the authorities continue to take us to court for one thing or another which seriously interferes with our work. Some other NGOs could not survive the pressure and have had to close down.

I am an optimist and I think the authorities will realize they cannot continue down this road. If we have to close down, thousands of people across Russia will suffer. If other NGOs are forced to close down – tens of thousands will suffer. Civil society will be doomed.

I have come a long way – from a scientist in Soviet Russia who did not have the freedom to speak his own mind, through working as an aide to the famous Soviet-era dissident academic Andrei Sakharov. Then I co-founded one of the first Russian NGOs – Memorial -and served as a deputy in Russia’s first democratically elected parliament. I also initiated and led the “Democratic Russia” movement in the 1990s. And now I carry on this work as a human rights defender.

Russia can be a strong democracy with a vibrant civil society. For this, we need fair elections, independent and functioning institutions, and respect for the rule of law.

Take action:
Sign the petition calling on Putin to protect freedom of expression.