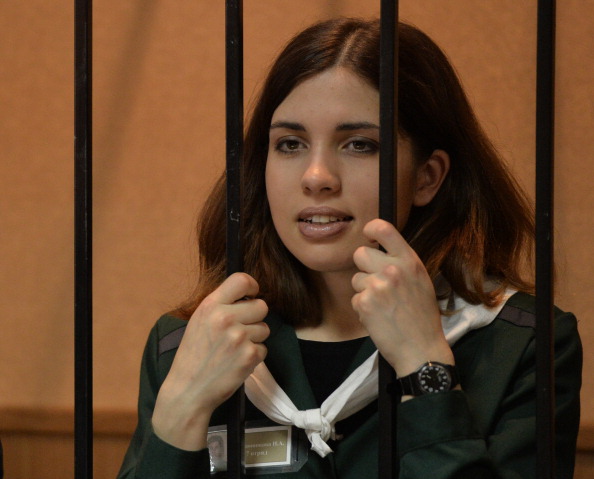 There is a global spotlight now on the deteriorating human rights crisis in Russia. Sending Nadya to Siberia will not dim the glare on President Putin’s crackdown on basic freedoms.

Russian authorities must immediately tell Nadya’s family where she is and allow her access to a lawyer. Nadya is a brave voice for freedom, and prisoner of conscience who should not have been taken to jail in the first place. Refusing to say where she is now just fuels rumors and adds to fears of a worst-case scenario. It also further cements a perception, in the run up to next years Olympics in Sochi, that the Russian authorities will do whatever they can to stifle peaceful dissent.

Amnesty International continues to call for the immediate and unconditional release of all members of Pussy Rio and we are documenting the many other incidents of human rights violations in Russia on an interactive timeline.

3 thoughts on “HAPPENING NOW: Pussy Riot Member Rumored to Have Been Transferred to Siberian Prison”