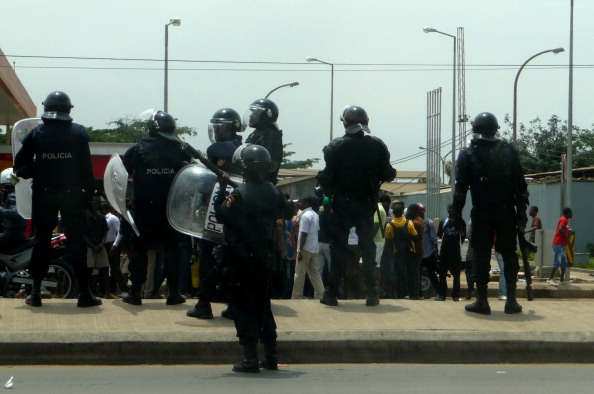 The rights to freedom of assembly and expression are guaranteed in the Angolan Constitution. Nevertheless, the Angolan government has become increasingly oppressive against peaceful protesters, journalists, and opposition politicians.

A new generation of young Angolans have come together to speak out against the regime and call for political change. A wave of protests that began in early 2011 continues to thrive in the face of government restrictions on freedom of assembly and expression.

The story of Nito Alves, a 17-year-old teenager, showcases the violent measures often used by the government against those who dare to oppose it. Alves was arrested in early September 2013 and held without charge for over two months for ordering 20 T-shirts with slogans against the Angolan president.

While in prison, Nito was kept in solitary confinement for about three weeks, shared cells with adult prisoners, and had no access to medical care despite his deteriorating health. Amnesty campaigned on his behalf and he was released shortly after starting a hunger strike to protest against poor prison conditions, but his trial is still pending. 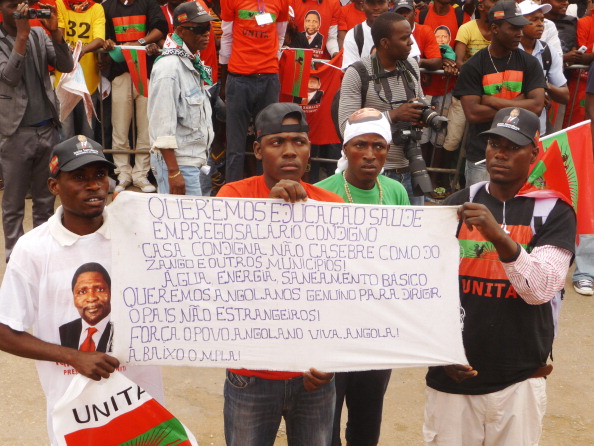 Activists hold up a banner during a protest to ask for free and fair elections (Photo Credit: Estelle Maussion/AFP/GettyImages).

Peaceful protesters in Angola are also openly at risk of arbitrary arrests and police brutality. On November 23, The National Union for the Total Independence of Angola (UNITA) organized a protest against the enforced disappearance of António Alves Kamulingue and Isaías Sebastião Cassule. The two activists and war veterans were abducted in May 2012, reportedly for organizing protests demanding fair pensions. Amnesty adopted their cases and worked to demand the government investigate their disappearances.

A government report leaked to the public in early November stated that the activists had been tortured and murdered by intelligence officers. This week, Amnesty received confirmation from the Office of the Prosecutor General that Kamulingue and Cassule were kidnapped and killed and four government agents were arrested. Amnesty will continue to follow the outcome of the trial and demand compensation for the victim’s families.

The November 23rd demonstrations also aimed at highlighting concerns over corruption, social justice, and the use of excessive force by security forces against peaceful protesters.

What started out as a peaceful protest soon turned into a battlefield as police fired tear gas and water cannons at opposition activists. During the protests, police detained 292 people who were exercising their constitutional right to peaceful assembly. In the early hours of November 23, Manuel Hilberto de Carvalho, a 28-year-old opposition activist, was killed by presidential guards after being detained for putting up posters about the enforced disappearance of António and Isaías.

The use of deadly force against an unarmed man in custody is not justifiable, and the only way to avoid similar incidents in the future is to hold accountable those responsible for the killing.

Social unrest is likely to continue or worsen. Until then, the Angolan government must abide by international law and the Angolan Constitution to ensure that the political and civil rights of its citizens are protected and respected.