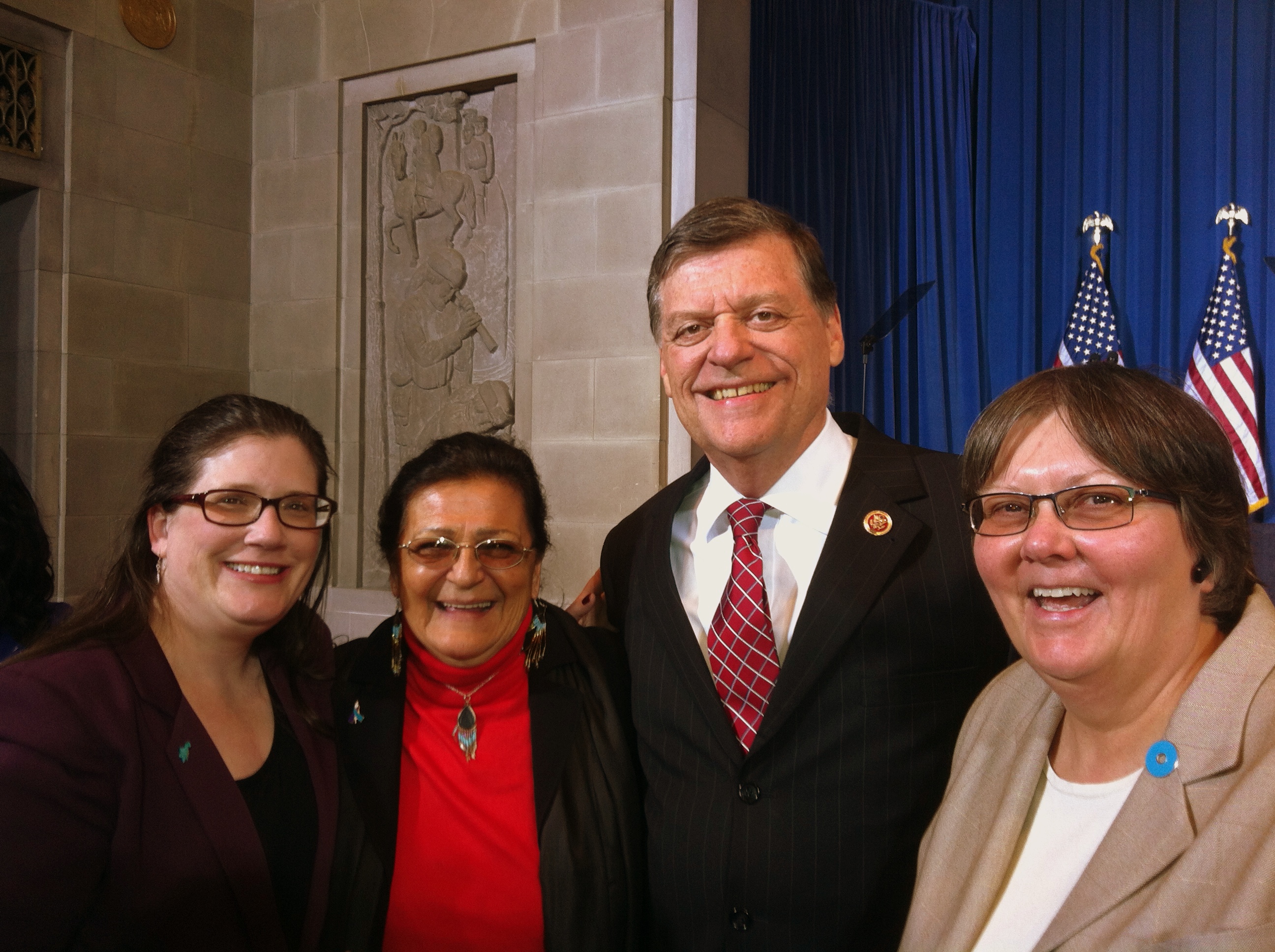 That all changed last month. Because of the hard work and dedication of people around the country, the Violence Against Women Act (VAWA) with the expanded tribal provisions passed through Congress. Now, if a Native woman is battered by her current or former intimate partner, the tribal government will be able to prosecute without regard to the perpetrator’s race. The impossible suddenly became possible.

Part of the miracle of this legislation lies in the 2007 Amnesty International report, Maze of Injustice. Once the jurisdictional gap was identified as a human rights crisis, many politicians committed to working on the problem. During the past 5 years, AIUSA has worked in partnership with Native women to restore jurisdiction to tribal governments.

I was invited to watch President Obama sign the new VAWA into law and late last week traveled to Washington D.C. for the ceremony. The room was filled with happy, rejoicing Native people. Advocates, survivors, activists, lobbyists, Congressional staffers and friends and family gathered together at the Department of Interior to witness President Obama signing this historic legislation. President Obama was joined by Vice-President Biden, Senator Patrick Leahy, Representatives Tom Cole and Gwen Moore, and other key Members of Congress who pushed hard for this bill.

When President Obama referred to 35-year long impunity for non-Indian offenders, he said “That ends today.” The auditorium erupted in cheers and cries from those of us who know how many women have suffered as a result of Oliphant.

Amnesty International USA was a big reason why Congress took notice of this ongoing crisis in tribal communities. It has been an honor and a privilege to work with Amnesty and other activists across the nation to stand up for justice.

I was five years old when Oliphant was decided. I am 40 years old now and have had the privilege of witnessing the impossible turn into the possible.

What’s next? We still have work to do. We need to restore authority for tribal nations in Alaska. We need to ensure that tribal government’s jurisdiction extends to all crime, including child abuse and sexual violence. But for me, witnessing the signing of this legislation affirmed that this work is not impossible.

My work to end violence is sometimes very tiring, but as of last Thursday, I am not tired anymore.

Visit us to learn more about Amnesty International’s work on women’s human rights and Indigenous women.