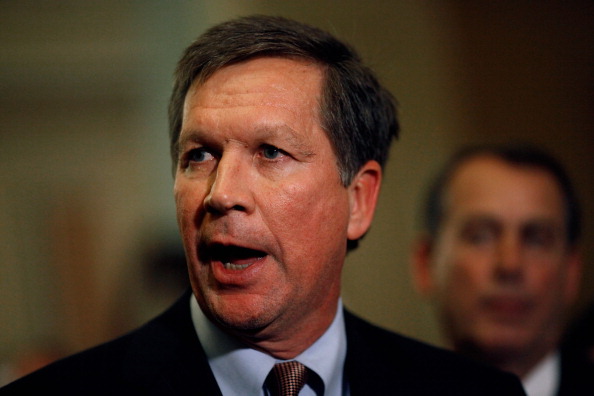 U.S. capital punishment quite literally is virtually merciless, as appeals for clemency almost always fall on deaf ears. Governor Kasich is a rarity in that he has granted clemency on four separate occasions (while allowing 11 executions), in addition to the action he has now taken on behalf of Ronald Phillips and his family.

So, good for him for granting a reprieve in this case.

Giving Ronald Phillips and his family the space needed to arrange for organ donation may be a humane thing to do, but it will not make killing him next year any less cruel or inhumane.

”
But, as this episode has revealed – to those who needed the revelation – death row inmates are actual human beings, with families who are profoundly affected by their loved one’s execution. Giving Ronald Phillips and his family the space needed to arrange for organ donation may be a humane thing to do, but it will not make killing Ronald Phillips next year any less cruel or inhumane, to him or to his family.

Deliberately killing a human being is always cruel and inhumane. As various states around the country (including Ohio) continue to fiddle with combinations and sources of lethal injection drugs, in an attempt to keep up the appearance of peaceful and humane executions, the futility of their efforts has become more and more obvious.

The appearance is not the reality. Executions are not medical procedures. The fundamental inhumanity of state killing is shining through, and efforts to paper it over with drug switches and secrecy laws (and now organ donations) are not covering up the harsh, brutal fact that executions represent nothing but the pre-meditated taking of a human life.

There’s no more to it than that. The myth of the “humane” execution has been exposed, and debunked. If states want to do the right, humane thing, they need to abolish the death penalty altogether.