For centuries, the United States opened its arms to refugees whose lives had been torn apart by war, and those ruthlessly hounded because of who they are or what they believe in. But today, the people of Syria are suffering these hardships on an unimaginable scale, and we’re still waiting for US leadership on the biggest humanitarian crisis of our time.

As the pictures of this week have shown, many Syrians who have survived their government’s barrel bombs or the knives of ISIS have died trying to find security. By contrast, the world’s richer countries have only opened their doors for a tiny fraction of Syria’s refugees. Since July 31, 2014, the United States has processed just more than 1,000 Syrians for resettlement. Without US leadership, the international community will never meet the United Nations’ goal of resettling 380,000 Syrians.

The refugees cannot go home. In the refugee camps, many are barely surviving on as little as 50 cents a day. Syria’s children are becoming a lost generation – traumatized and out of school, working to support their families.

It’s beyond time for the US to step up and take leadership. 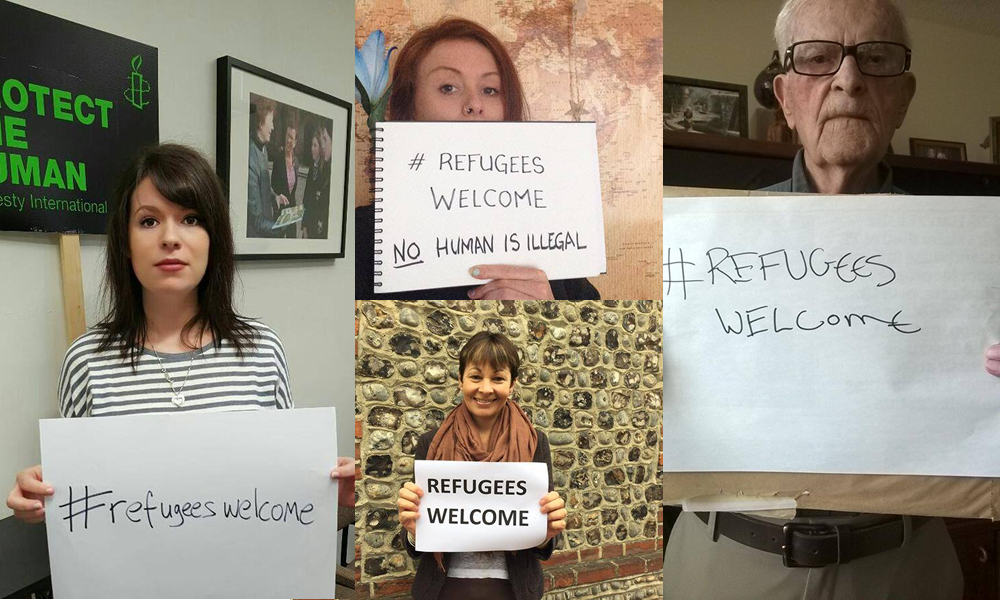 What we need you to do:

Can’t Take a Photo?
Tweet the President without the photo but make sure you include #RefugeesWelcome and @POTUS.

TWEET THIS NOW–> .@POTUS US must be a strong voice for Syrian resettlement. Open our doors to refugees fleeing a humanitarian crisis! #RefugeesWelcome