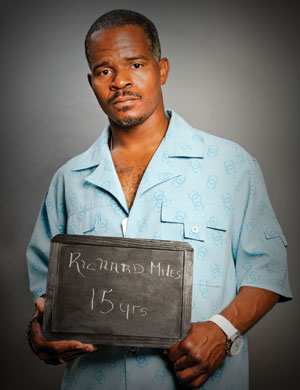 But the exonerated represent only a portion of the wrongfully convicted.  Plenty of other innocent prisoners are falling through the cracks.  Most counties and states in the U.S. do not dedicate themselves to uncovering convictions of the innocent.  As the report summary states plainly: “It is clear that there are many more false convictions than exonerations.”

It is clear that there are many more false convictions than exonerations.

”
Whether you are exonerated or not can depend on anything from quality lawyering to plain luck. Often it depends on where you are.  For example, Santa Clara County in California, with a resident Innocence Project, has had 10 exonerations, while its neighbor to the north, Alameda County, without those resources, has had none.  Several counties with a million residents or more have had just one or zero exonerations, while in other large counties where there is greater oversight, like Dallas, Texas, there have been dozens.

Oversight at the same consistently high level nationally, rather than in just a handful of states and counties, would give us a truer picture of the scope of the wrongful conviction problem in our country, and would protect more innocent people from continued imprisonment or even execution.

But the picture painted by the National Registry of Exonerations is disturbing even without more complete information.  It is also not terribly surprising.  We make mistakes. And we will continue to do so.

12 thoughts on “How Bad Is The U.S. Wrongful Conviction Problem?”