2. The death penalty in the United States continues to decline. 2015 saw the fewest executions in the U.S. in 24 years and the fewest death sentences in 25 years. All 28 executions in 2015 were isolated to just six states, and only three states – Texas, Missouri, and Georgia – were responsible for 85%. 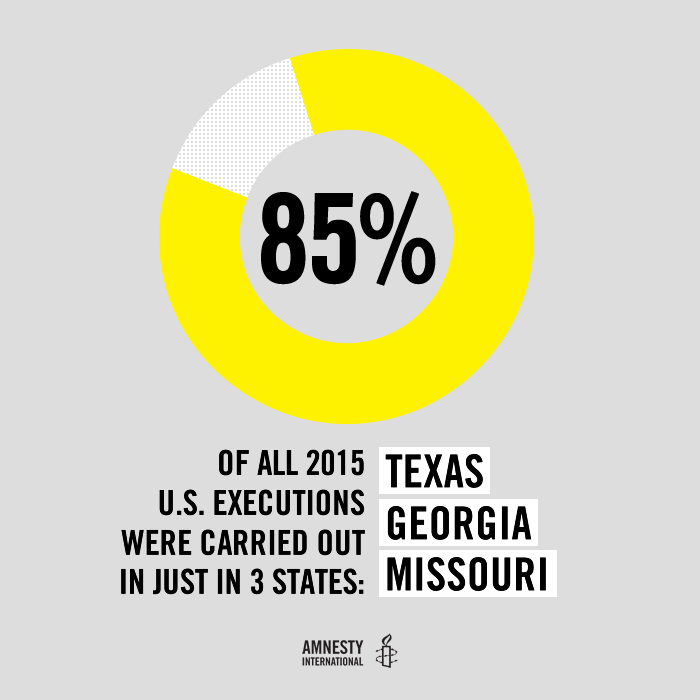 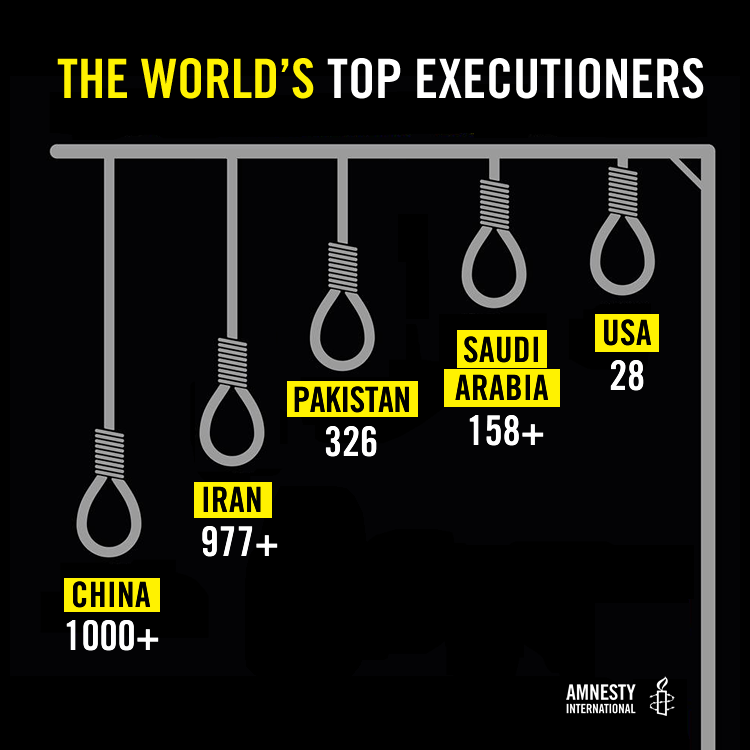 5. Pakistan resumed executions in December 2014 following the Peshwar school bombing, originally only for terrorism related offenses. However, they soon began executing for a wide variety of crimes and substantially increased use of the death penalty, becoming the 3rd top executor in the world. Pakistan executed 326 people in 2015.

7. At least 9 people – 4 in Iran and at least 5 in Pakistan – were executed for crimes committed when they were under 18 years of age. Bangladesh, Iran, Maldives and Pakistan sentenced juvenile offenders to death in 2015, in violation of international law.

8. People with mental or intellectual disabilities were executed or under sentence of death in several countries including Indonesia, Japan, Pakistan and the USA. For example in the U.S. state of of Georgia, Warren Hill was executed despite every expert who assessed him – even those retained by the state – agreeing that he was intellectually disabled.

9. People faced the death penalty for a range of non-lethal crimes including robbery, drug-related and economic offenses, as well as “adultery,” “blasphemy,” “apostasy,” or “insulting the prophet of Islam.”Many countries used vaguely worded political “crimes”to put real or perceived dissidents to death. 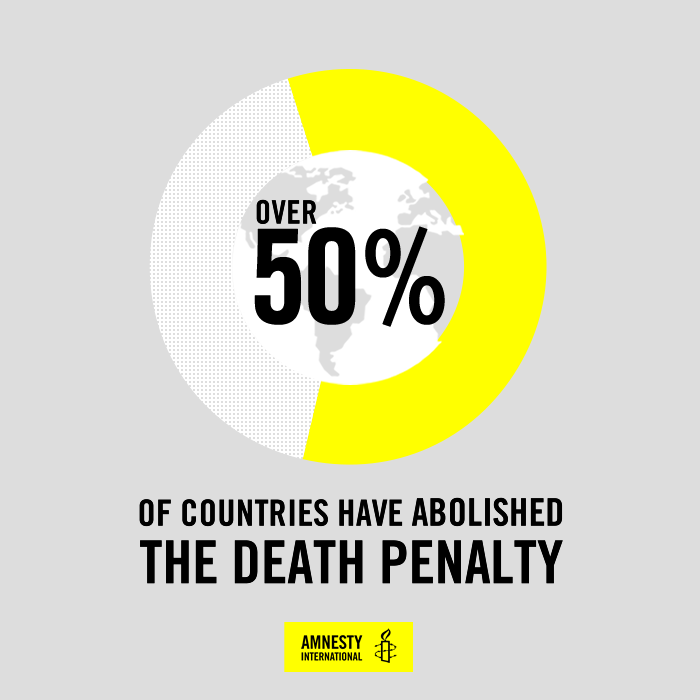 10. Both in the U.S. and globally, those that carry out executions are becoming an increasingly isolated minority. 25 countries carried out executions in 2015. In the United States, only 6 states carried out executions. Those that continue to use the death penalty often use it against those with intellectual disabilities, those in poverty, and otherwise vulnerable people, illustrating the fundamental flaws with this cruel, inhuman, and ineffective punishment.

The death penalty is absurd and cruel but the movement to abolish it in the US and around the world is growing, and some progress is being made, but there is a lot of work yet to be done. It’s time to end the death penalty once and for all!

54 thoughts on “10 Reasons to Abolish the Death Penalty”