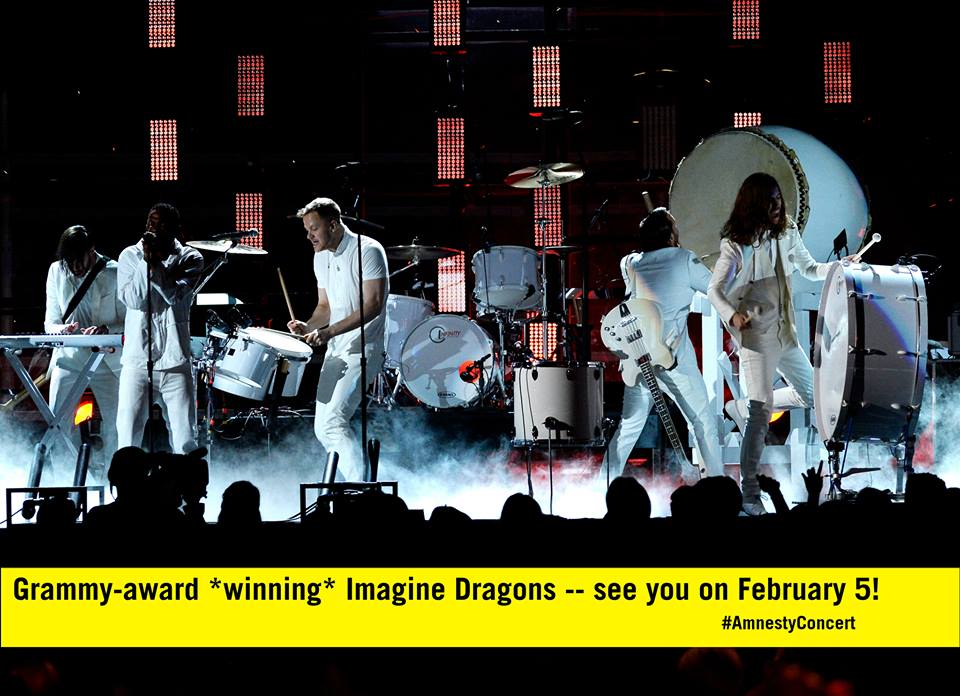 Hot off their Grammy win and right before their appearance at our Bringing Human Rights Home Concert at the Barclays Center, Imagine Dragons will be sharing the stage with Melissa McCarthy tonight on Saturday Night Live.

Imagine Dragons won’t be joining Seth Meyers on for his last Weekend Update, but if they were, they would tell you all about our concert on February 5.

On Wednesday, Imagine Dragons will be joining the Flaming Lips, Ms. Lauryn Hill, Tegan and Sara, The Fray, Cold War Kids, Colbie Caillat and Cake to take the stage for human rights.

It looks like it’s going to be a good show.

If their performance at the Grammys is any indication, Imagine Dragons are going to rock tonight. 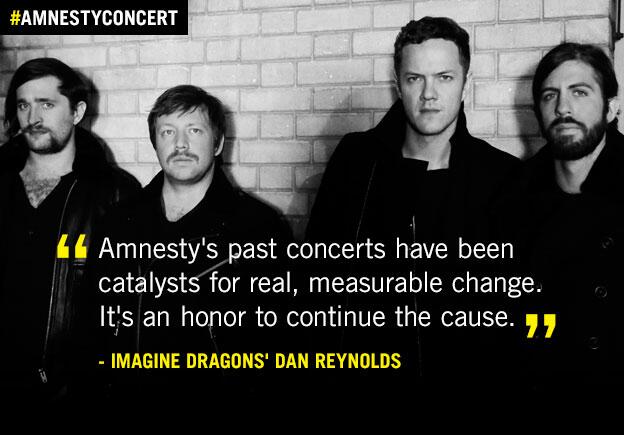 See them live on Wednesday and take a stand for human rights with Amnesty International.

Follow @amnesty as we live tweet Imagine Dragon’s SNL appearance tonight and join us at the Barclays Center. Tickets are on sale through Ticketmaster. For more information and to see the complete line up, go to www.amnestyusa.org/Feb5Concert and follow #AmnestyConcert on Twitter for live updates.