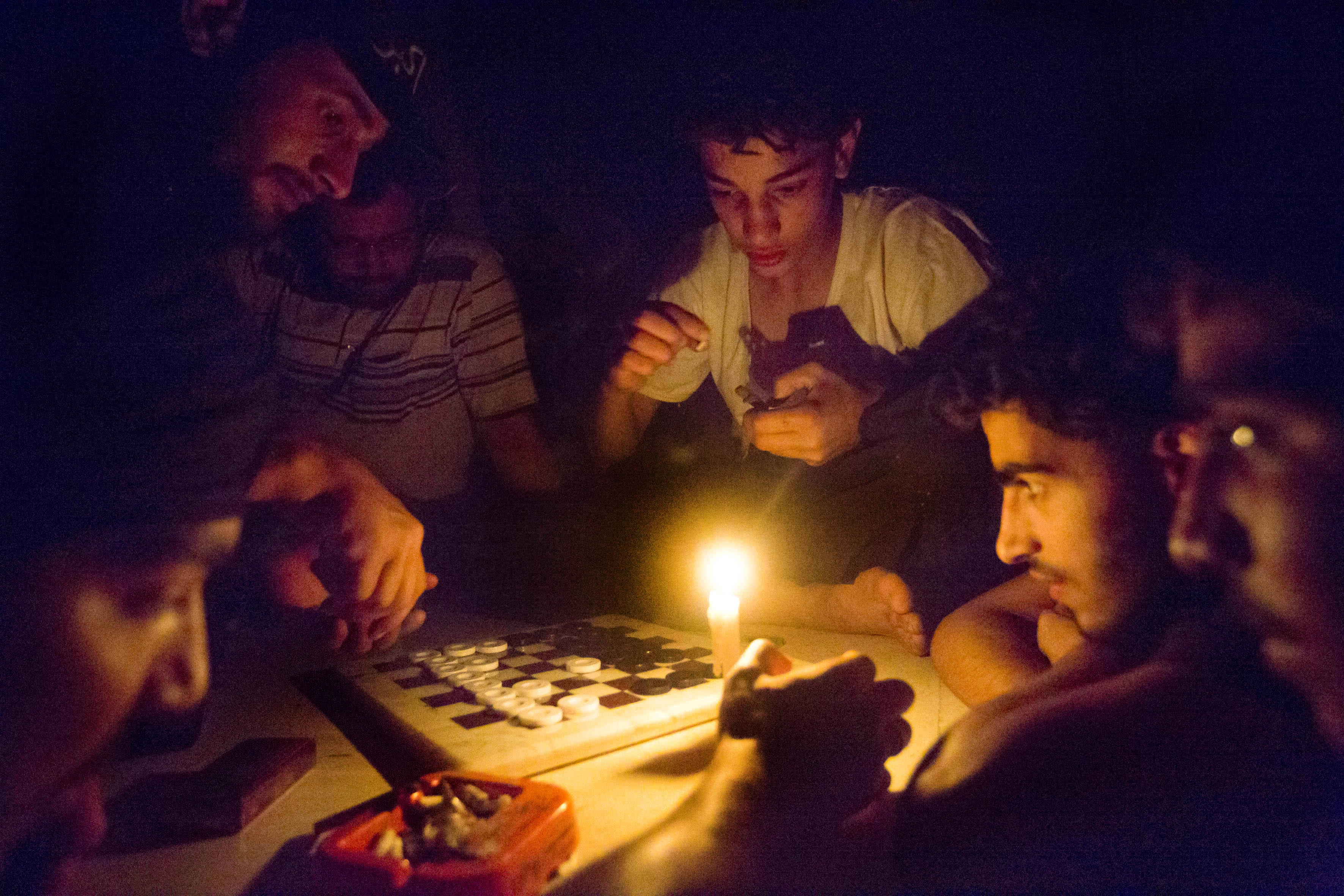 The lights are going out in Syria.

As the humanitarian crisis in Syria worsens, the darkness is literally spreading.  More than 80 percent of lights have gone out across Syria since March 2011; in Aleppo, site of fighting for more than two years, 97 percent of lights are not working.

If you want to understand what that means, listen to this description from a Syrian surgeon in Aleppo:

“Marwan was on the operating table when the lights blinked and fizzed out,” the doctor said. “The nurse pulled her mobile phone from her pocket – generating the only light in the pitch-black basement. Others followed suit, producing just enough light to allow me to finish repairing his broken little body.”

The toll in Syria can also be quantified by refugee numbers.  In this population of 22 million, nearly half have either been killed, become refugees or are displaced from their homes but still living inside Syria. That’s the largest migration of humans since the Rwanda genocide, according to the United Nations. The 10 million displaced people are equal to the entire population of Portugal.

Those are numbers that shock the conscience, but apparently it’s not enough to spur the international community to take effective action. In March the Syrian uprising marked its fourth anniversary, and Amnesty International is still waiting for the United Nations to refer the conflict to the International Criminal Court for potential war crimes investigation. When a crisis lasts four years, the world becomes complacent, even comfortable, with it. That doesn’t make it any less of a crisis.

Before we let cynicism triumph, there are two messages Amnesty International offers to remind us why it’s important to remain engaged in the Syrian crisis.

One is we need to remember is that it didn’t have to happen this way.

Before the documented war crimes, before the 10 million fled their homes, before the human rights abuses of both the Assad regime and ISIS and other armed groups, the uprising started in March 2011 with … children.

Inspired by events in Tunisia, Egypt and elsewhere, a group of children in the city of Deraa wrote graffiti on the walls saying the time for change had come. The children were arrested and allegedly tortured. This was too much for the people of Deraa who took the streets in protests, which were met with violence by security forces.

With all of the violence that has torn Syria apart in the last four years, it’s important to remember it all started with children making a non-violent act of political courage, one making a claim for the right to free speech, a political system responsive to the people and other human rights.

The second message is the work Amnesty International and other organizations are doing is useful and valuable, in three areas in particular:

The continuing terror in Syria seems to have shrunk the realm of the politically possible. But despite all of the horror coming out from Syria, there is still the dream of the children of Deraa, a desire for a political solution with human rights at its core. As long as we remember that, there’s hope their vision can still come true.

One thought on “Four Years into the Syrian Conflict”