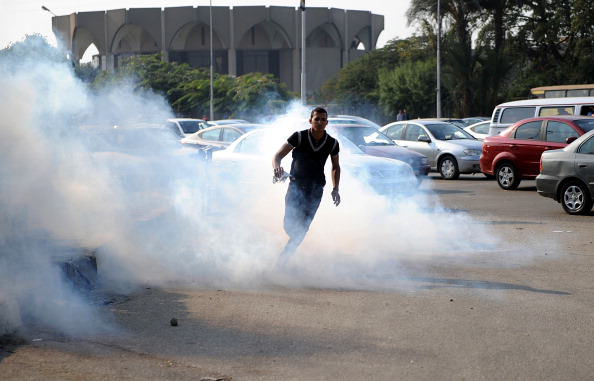 It’s time to ensure that Egyptian human rights violations don’t come labeled “Made in the USA.”

On Oct. 9, the U.S. government announced that the U.S. was suspending millions of dollars in military aid to the Egypt. That was good news, but it’s not enough.

The White House decision fell short of the kind of systematic review necessary to bring public transparency to U.S. arms sales to Egypt and stronger protections against U.S. weapons being used in human rights violations.

The letter made three requests:

Our letter followed several Amnesty International reports finding that Egyptian military and security forces used excessive and lethal force used against Egyptians. Time and time again, Amnesty International found that Egyptian forces targeted and used live ammunition against bystanders and unarmed protesters. Not only that, but Egyptian security forces failed to meet international standards that require that lethal force be used only in situations where lives are in danger.

The White House decision fell short of the kind of systematic review necessary to bring public transparency to U.S. arms sales to Egypt.

”
Amnesty International’s researchers also found multiple human rights abuses committed by some supporters of former President Morsi, but these in no way excuse the violations and excessive force of the Egyptian government forces.

In fact, Amnesty International’s documentation makes clear that this was not the only period of human rights violations by security forces. It was part of a pattern of behavior by the Egyptian forces dating back to the Mubarak regime.

Our researchers visited morgues and hospitals and found repeated evidence of gun violence by security forces intended to kill and maim peaceful people. Our own documentation was backed up by video recordings of the incidents.

Despite this undeniable record of misconduct by Egypt’s security forces, the U.S. government still authorized arms exports to Egypt that bore a substantial risk of being used to commit or facilitate serious human rights violations. These arms have included pump-action shotguns, military rifles, machine guns, ammunition, tear gas and other toxic agents. They have also included spare parts for AH-64 Apache attack helicopters used by Egyptian forces in surveillance of the Cairo protest camps, and armored Caterpillar D7R bulldozers to break up those camps.

If U.S. arms sales quietly resume months down the road with no real changes in the behavior and accountability of Egyptian security forces, then an opportunity will have been lost.  But if President Obama follows through on Amnesty International’s public call, then his Oct. 9 decision will have been a first step toward putting U.S. foreign policy on the side of human rights in Egypt.