In 2015, YOU helped put the pressure on 18 cases to ensure the release of many journalists and activists. The list below is reflective of how we can work together to create positive change in the lives of others. Thank you for all your support – together, we are standing up for people risking everything to speak out. 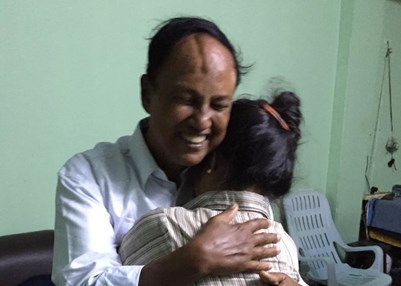 After more than two years of pressure and letter-writing from Amnesty supporters, Myanmar community leader Dr Tun Aung was released in January. He was jailed for 17 years after trying to calm a crowd during riots in 2012. Myanmar’s National Human Rights Commission said your letters prompted them to look into his case. 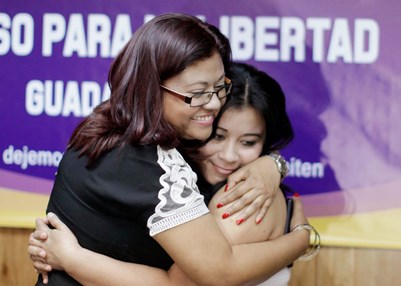 2. El Salvador: Guadalupe, jailed for a miscarriage, was freed

Carmen Guadalupe Vasquez was finally pardoned and walked free from prison in February. She was jailed for 30 years in 2007 on trumped-up murder charges after suffering a miscarriage when she was 18. She was suspected of having an abortion, which is banned in all cases in El Salvador. 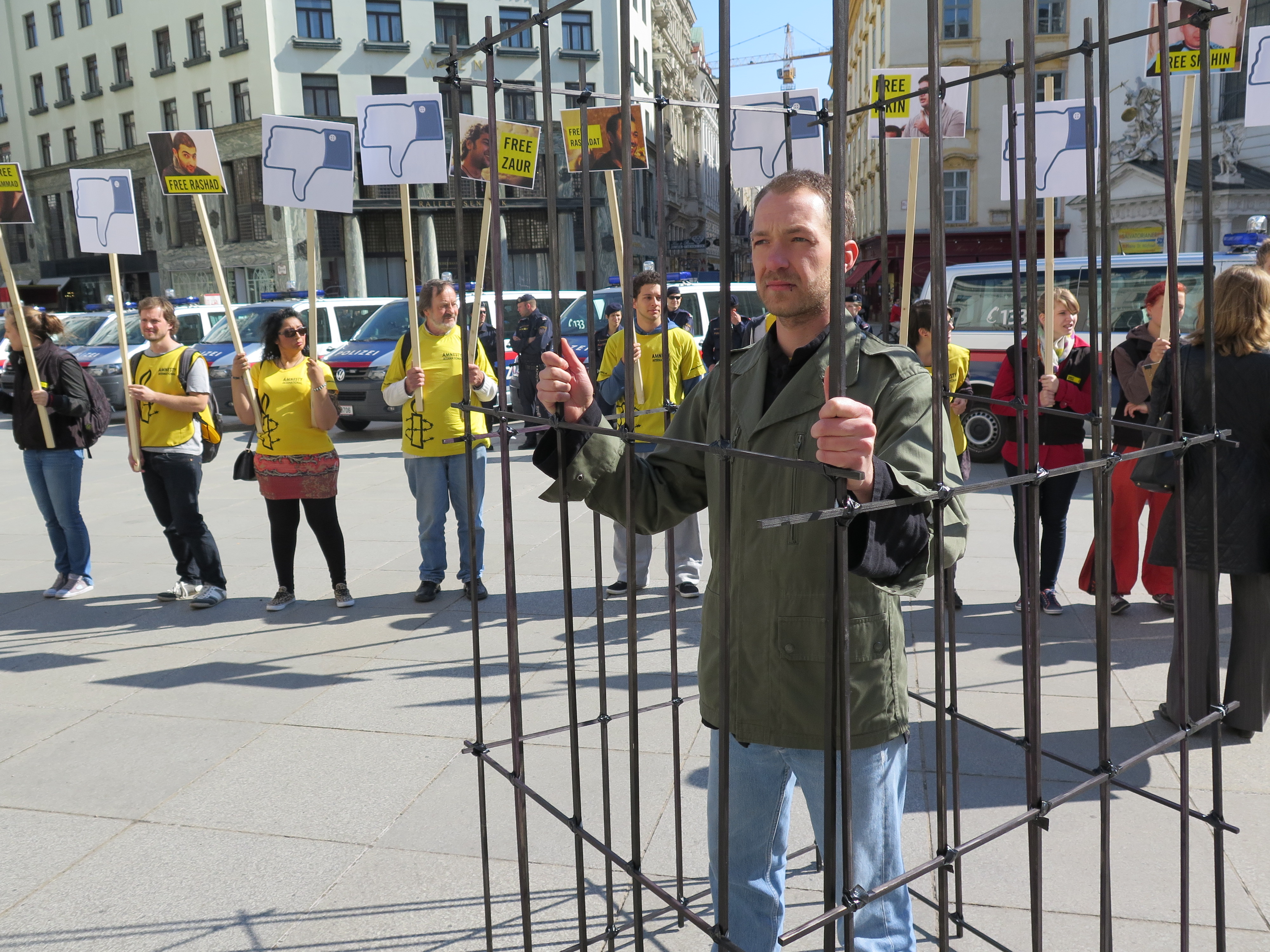 Amnesty International activists in Vienna protest human rights abuses in Azerbaijan as it prepares to chair the Council of Europe.

Bashir Suleymanli and Orkhan Eyyubzade, both outspoken critics of Azerbaijan President Ilham Aliyev, were released in March as part of a presidential pardon. Amnesty had been campaigning for their release along with 20 other prisoners of conscience. Ten housing rights campaigners in Cambodia were released and given a royal pardon in April. Nine of the women were from Boeung Kak Lake community, where 3,500 households have been evicted since August 2008. 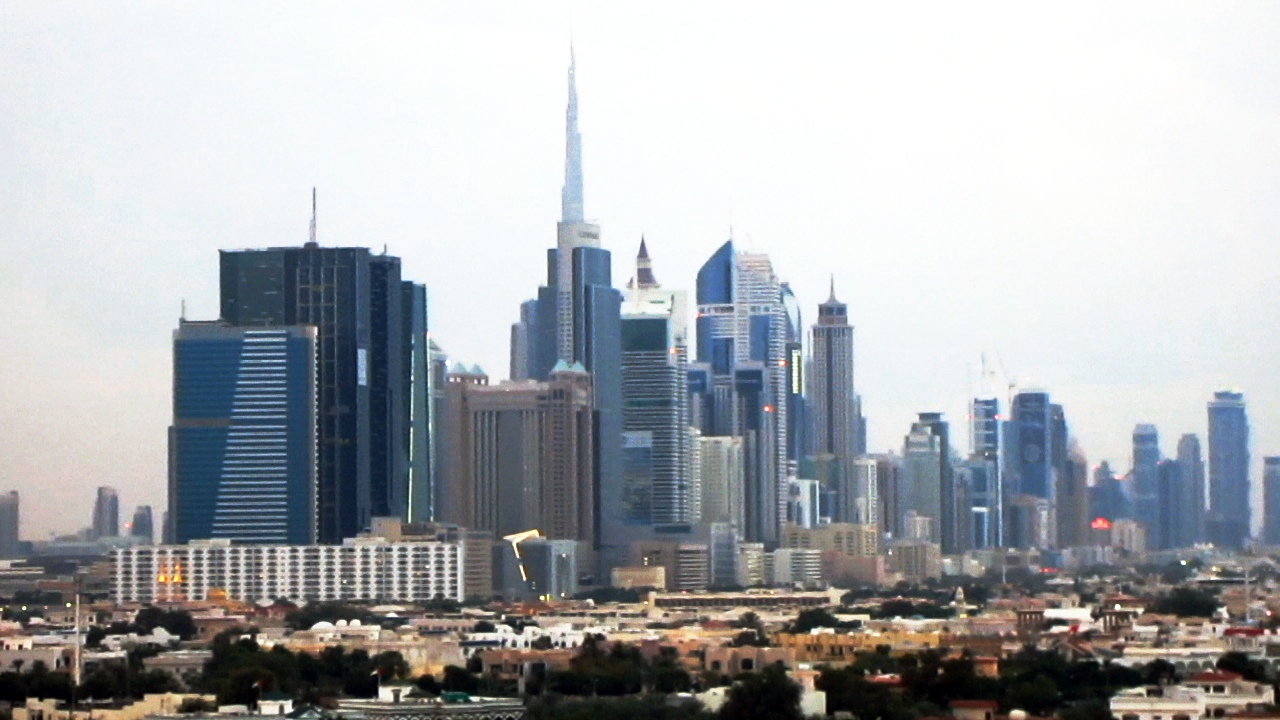 After a global social media outcry, three sisters, Asma, Mariam and Alyazia al-Suwaidi, were released from secret detention on 15 May. Having tweeted about their brother’s unfair trial, the sisters were questioned by United Arab Emirates police in February and disappeared for three months. 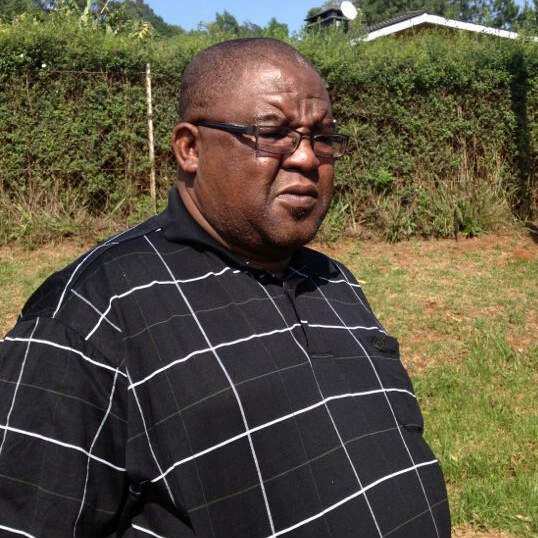 On 25 July 2014 Bhekithemba Makhubu, editor of Swaziland’s monthly news magazine The Nation and human rights lawyer Thulani Maseko were sentenced to two years in prison without the possibility of paying a fine.

Magazine editor Bhekithemba Makhubu and human rights lawyer Thulani Maseko were releasedin June after spending more than 15 months in prison in Swaziland. They had been convicted for publishing articles which raised concerns about judges’ independence. 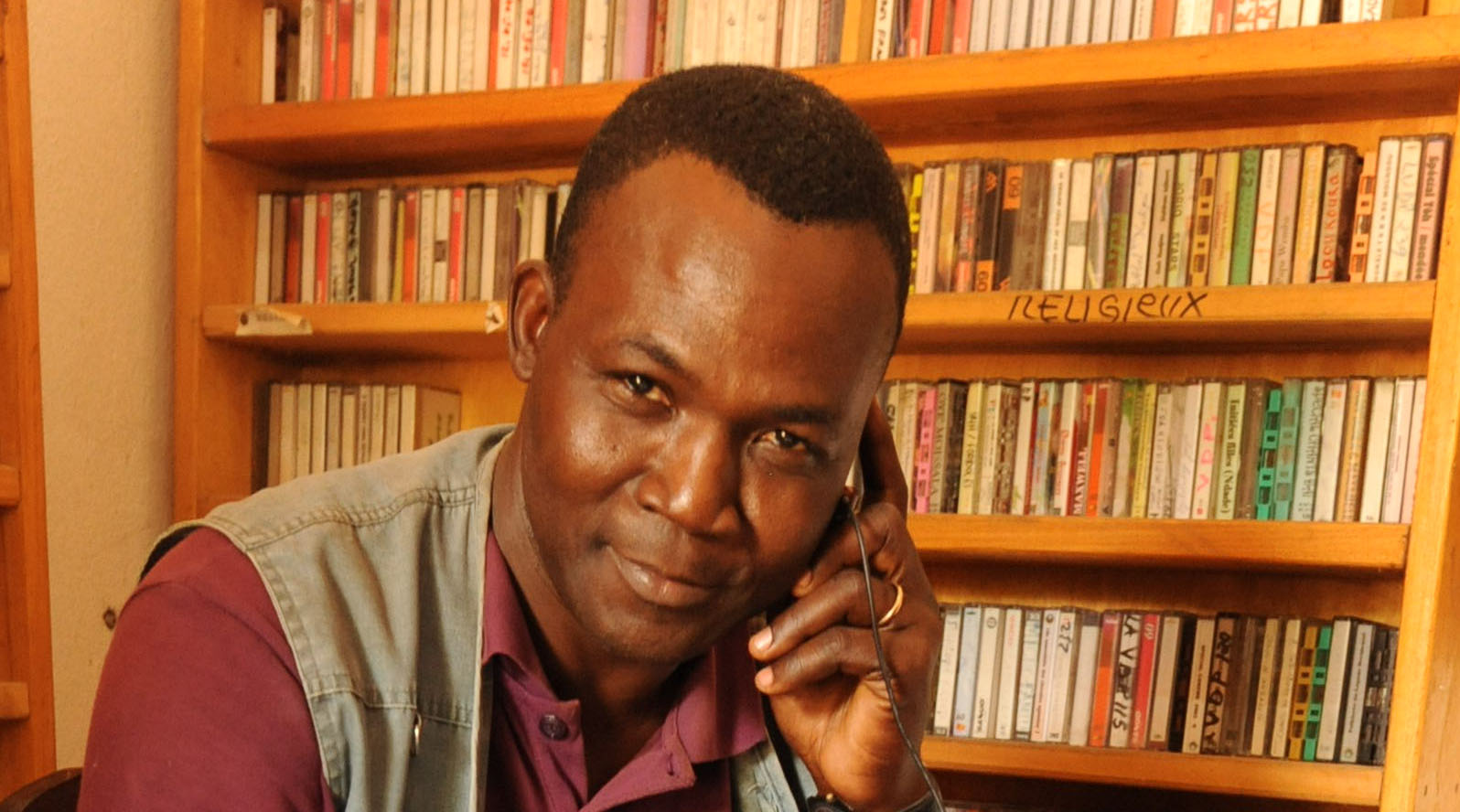 In July, land rights activist Djeralar Miankeol was released from prison in Chad after all charges against him were dropped. A court of appeal overturned an earlier verdict that had found him guilty of insulting the judiciary, after he had questioned the competence of judicial officials in a radio interview. 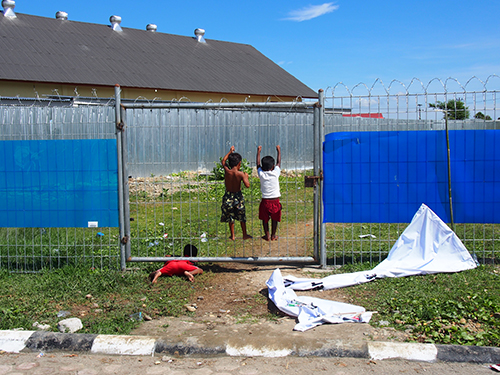 At least 11 prisoners of conscience – including journalists, peaceful protesters and community leaders from the repressed Muslim Rohingya minority – were released in a mass prisoner amnesty in Myanmar. Amnesty called for authorities to clear the country’s jails of the scores of peaceful activists who still remain behind bars.

Mazen Darwish, a human rights activist jailed on trumped-up terrorism charges in Syria, was released in August after three-and-a-half years in prison. He is director of the Syrian Centre for Media and Freedom of Expression, which works to document human rights violations in Syria. 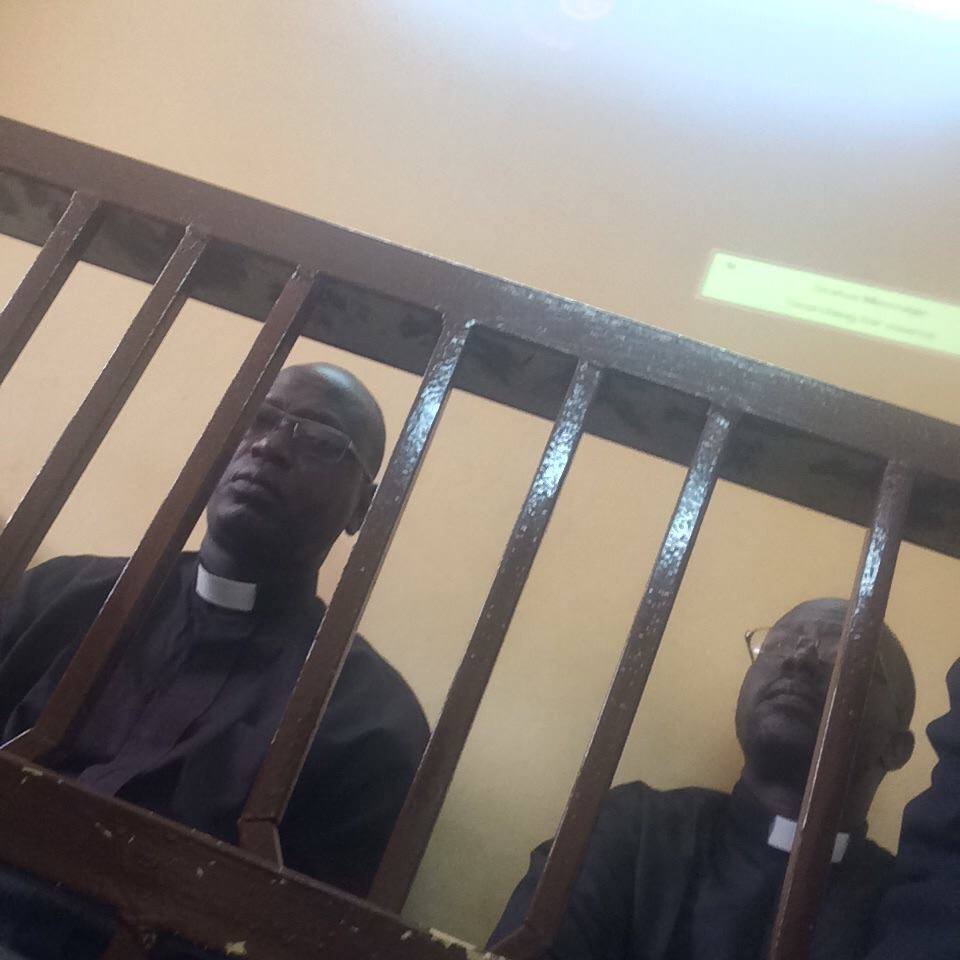 Two South Sudanese pastors, Reverend Yat Michael and Reverend Peter Yen, were released on 5 August after being sentenced to time already served in Khartoum, Sudan. It is believed that the two pastors were arrested and charged due to their religious convictions. 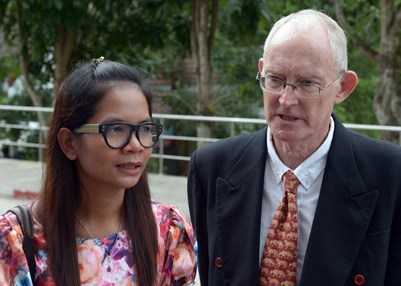 Two journalists in Thailand who had been on trial for reproducing parts of an article on human trafficking were acquitted in September. Editor Alan Morison and reporter Chutima Sidasathian were found not guilty of criminal defamation and for violating a provision of the Computer Crime Act. 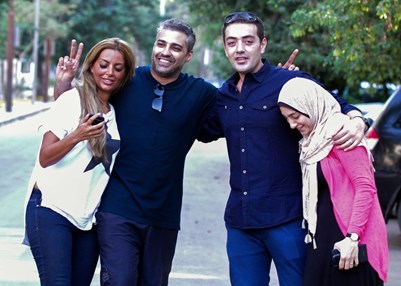 Al Jazeera journalists Mohamed Fahmy and Baher Mohamed were released in September as part of a presidential decree which granted pardons to 100 people in Egypt. They had been convicted of ‘spreading false news’ along with their colleague, Peter Greste, after being arrested in 2013.

Vietnamese blogger and free speech campaigner Ta Phong Tan was released in September after serving four years of a 10-year prison sentence. She had been convicted for “conducting propaganda” against the state. 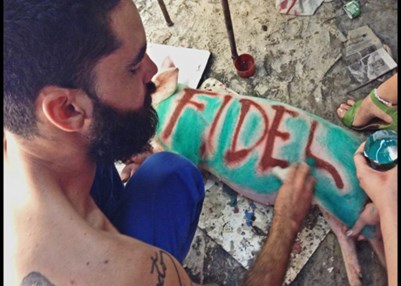 Cuban graffiti artist and prisoner of conscience Danilo Maldonado Machado was released from jail in Havana in October. He had been in prison for nearly a year after he painted “Raúl” and “Fidel” on the backs of two pigs. We hope his release will herald a new approach to freedom of expression and dissent in the country. 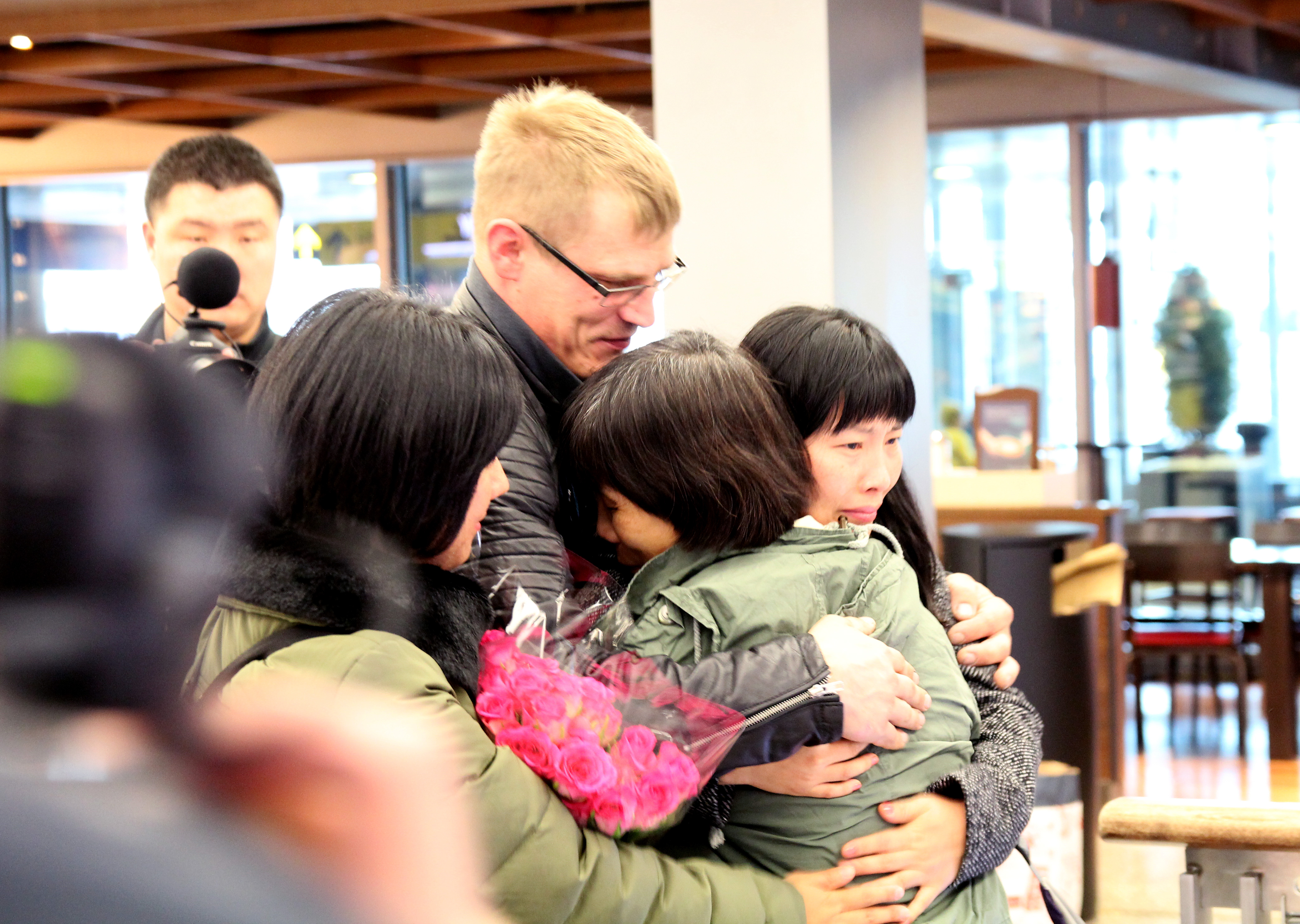 Former Chinese prisoner of conscience Chen Zhenping was greeted by her family and Amnesty International Finland activists upon her arrival to Finland.

In October, former prisoner of conscience Chen Zhenping was reunited with her family in Finland. She was released from prison in China in March, but had been harassed and kept under tight surveillance until her arrival at Helsinki airport. She was jailed for eight years in August 2008 for practising Falun Gong, a spiritual movement banned in China. 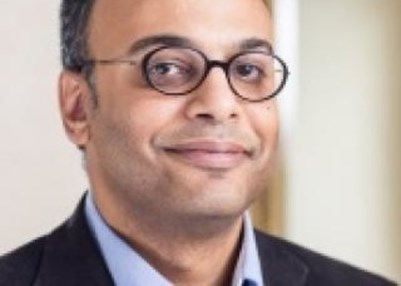 Activist and journalist Hossam Bahgat was released days after Amnesty International and the international community had condemned his arrest. His detention was another sign of Egypt’s continued attacks against independent journalism and civil society. 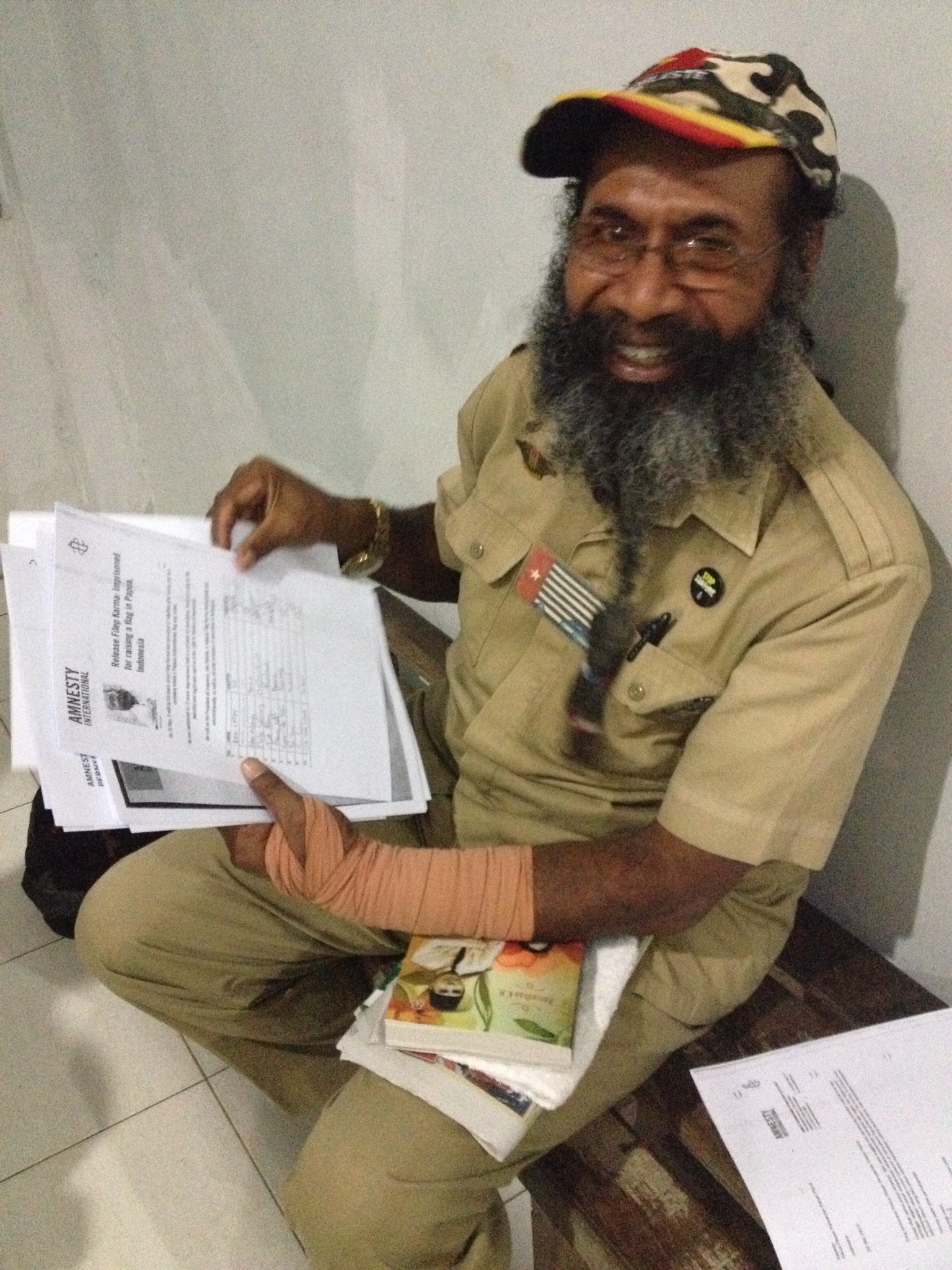 Filep Karma with petitions signed by Amnesty International activists calling for his release. He is smiling.

Activist Filep Karma was finally freed from prison in Indonesia in November. He had been jailed for more than a decade after raising a Papuan independence flag at a political ceremony in 2004. Amnesty supporters have long campaigned for Filep’s release, including 65,000 messages of support written during Write for Rights 2011. 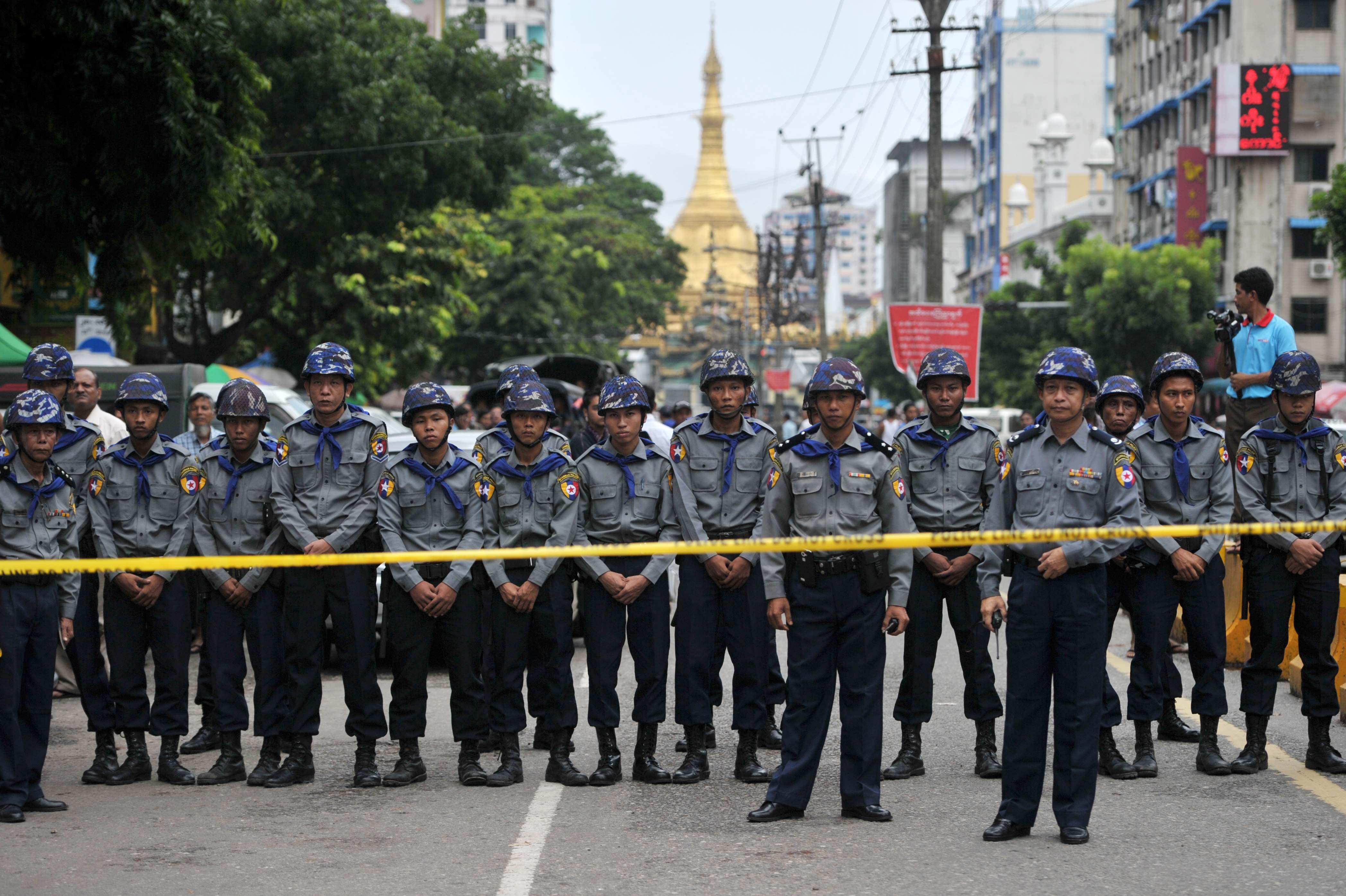 Activist Thein Aung Myint was released from prison in Myanmar after receiving reductions to his sentence. He had been serving a year-long sentence for taking part in two peaceful protests in Mandalay.