“Silence in the face of injustice is complicity with the oppressor.” — Ginetta Sagan

This year we are celebrating the 20th Anniversary of The Ginetta Sagan Fund (GSF), an Amnesty International USA program through which we are privileged to honor and assist remarkable women from around the world who are changing the lives of millions for the better. Our awardees have included women whose work has shaped their local and global worlds, women who have often put their own lives on the line to defend the rights of others.

The Ginetta Sagan Fund was created in honor of Ginetta Sagan, the former honorary Chair of the Board of Directors of Amnesty International USA. Ginetta devoted her life to defending the rights of those who were persecuted by repressive governments. As an activist and educator, she was instrumental in saving the lives of hundreds of prisoners of conscience in Greece, Chile, Poland, Czechoslovakia, and Vietnam. Ginetta’s commitment to human rights serves as her legacy to future generations. “I am honored to receive this award, it is a strong message for me and all Congolese activists women and survivors.  This award gives me a push to promote rights, JUSTICE and PEACE. This award is not just for me but for all Congolese women who fight to change the status of a woman and restore peace. Sincerely, I say thank you Amnesty International USA and Ginetta Sagan Fund for this honor.”– Julienne Lusenge

This year, we are honored to present the award to Ms. Julienne Lusenge, a highly respected advocate for women and girls in eastern Democratic Republic of Congo (DRC).

Like Ginetta, Julienne’s story began when she began witnessing the human rights abuses women and girls were experiencing. When war erupted in eastern DRC in 1998, Julienne was working as a humanitarian radio broadcaster tasked with delivering critical health and human rights information to families in remote areas. In the course of her work, Julienne travelled from village to village to interview wives and mothers about their lives and share their stories over the airwaves. As the conflict escalated, these women began describing shocking abuses perpetrated by the warring parties—including rape, sexual slavery and the forced recruitment of children as soldiers.

Outraged by the stories pouring in from the villages, Julienne and seven other women founded an organization, Female Solidarity for Integrated Peace and Development (SOFEPADI), in 2000. In the early years, Julienne and the other founders pooled their own resources to pay SOFEPADI’s bills―driven by their sheer will and tenacity to help women caught in the crossfire of war.

Today, SOFEPADI helps survivors of sexual violence in the Eastern DRC navigate the judicial system and bring perpetrators of rape and sexual assault to national and international courts. 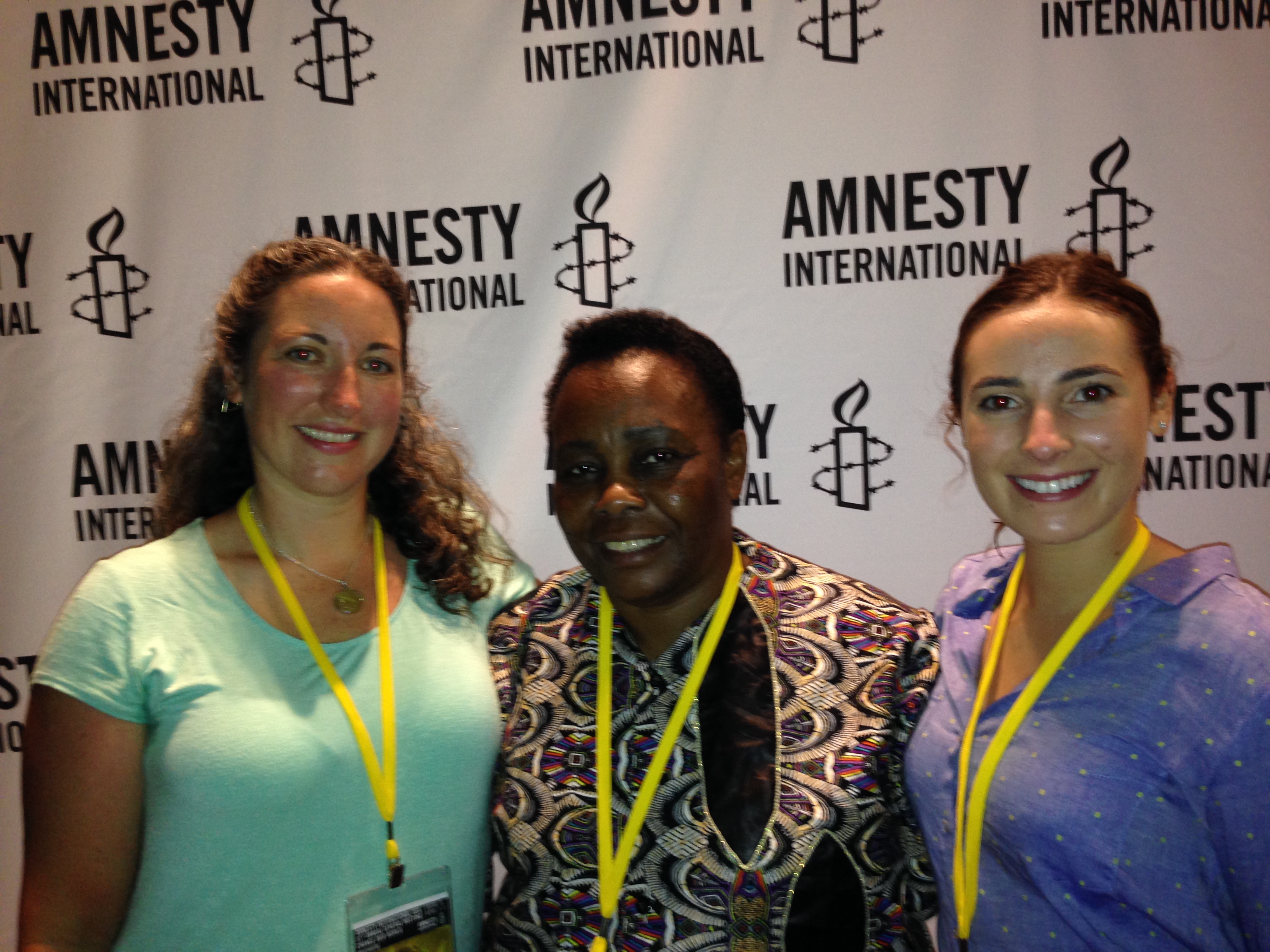 With her unshakeable commitment to peace and justice, Julienne has become a strong and respected advocate on behalf of women and girls living in eastern DRC. In 2007, she launched a second organization, the Fund for Congolese Women (FFC), which works to strengthen Congolese women’s rights groups and help them secure funding from international donors. Thanks to FFC’s support, one of these groups recently convinced 14 child soldiers to put down their weapons and return to their communities. Through these two organizations, Julienne was able to address gender-based violence both on a local and on a national level through campaigns to educate police, public officials and law makers to create long lasting change to improve the lives of women and girls.

The Ginetta Sagan Fund and Amnesty International USA are proud to support Julienne and to help her realize her vision of peace and equality.  The distinguished GSF Award comes with a $20,000 cash award to support Julienne’s efforts to advocate on behalf of women and girls. In addition to the cash award, Julienne will tour the United States with GSF to help shine a light on human rights abuses.

A tireless crusader and eternal optimist, Ginetta’s passionate dedication inspired generations of human rights advocates. Her legacy lives on through the passion and spirit of Julienne Lusenge.