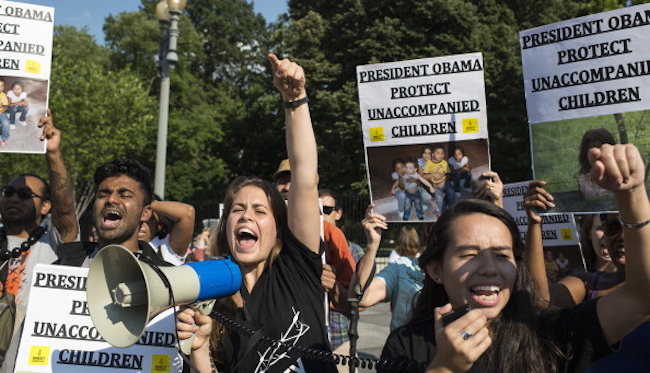 I WORK FOR AMNESTY INTERNATIONAL USA AS: Senior Campaigner, Individuals at Risk Program

HOW DID YOU GET THERE?
I grew up in Northern Michigan in a house run off of solar and wind with gravity-fed (COLD!) water, and intensely idealistic parents. I was raised to think critically not only about my inherent moral and ethical responsibility to stand with other human beings, but also about the way in which systemic injustice hardens into lived realities for people in the United States and all over the world.

However, whereas my parents choose to disengage from systems that they see as abusive or exploitative, I realized that I am most “on purpose” when engaging directly with systemic injustice and trying to create lasting change. WHEN DID YOU FIRST GET INVOLVED WITH AMNESTY INTERNATIONAL?
When I was 6 months out of college, deep in student loan debt, and through with my first temporary paid position, I decided to take a risk – I packed my books and clothes into my trusty car (affectionately referred to as the Toy Story van) and drove across the country to Washington D.C. with about $300 to my name.

I started at Amnesty as an intern while juggling weekend waitressing doubles, stayed as a temporary campaign assistant, and am still here today as a senior campaigner.

When I was an undergraduate, I often used Amnesty’s reports and materials in my work, but it wasn’t until I started as an Amnesty employee that I truly grasped the unique power of the organization – not just as an organization that shines a light on injustice with reports and research, but a global grassroots movement that is built on the knowledge that people power can change the world.

OUTSIDE OF WORK I HAVE A PASSION FOR: Dancing, photographing, exploring, reading, cooking and vegan marshmallows.

WHY? IAR work represents the full spectrum of human rights abuses and issues that Amnesty takes on, presented through individual cases and stories. Each case and context is unique, so it’s all about understanding the most effective tactics in each and every situation. 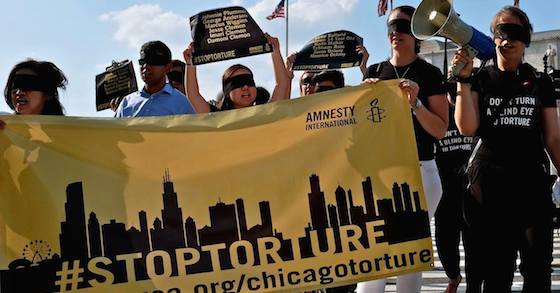 WHAT WAS YOUR BIGGEST BARRIER BUILDING YOUR CAREER?
Moving to Washington, D.C. as a broke twenty-something was scary. Balancing a 70 hour workweek with an internship and a waitressing job was exhausting.

YOUR MOST IMPORTANT COLLEGE CLASS: The final semester of my first year of college, I took a course called “From Natural Law to Human Rights.”

The first day of class, I realized that I was the only freshman, surrounded by third and fourth years and graduate students. I was terrified – but then the course started and my brain exploded (in the best way). The course charted the rise of the human rights framework, from very early theory and philosophy about the relationship of the individual to society to the creation of the Universal Declaration of Human Rights.

If I could find the syllabus, I’d take the class all over again nearly a decade later.

WHAT SPARKED YOUR PASSION FOR HUMAN RIGHTS WORK?
It’s always been hard to find a particular single thing for me; to chart a cause and effect. I was an only child, so I had a lot of very precocious conversations with my parents from a young age about things like dignity and fairness …and why we didn’t have any hot water. I was also lucky enough to be exposed to a wealth of reading material that I would never have seen at my small public school – I grew up devouring books, magazines and poetry. 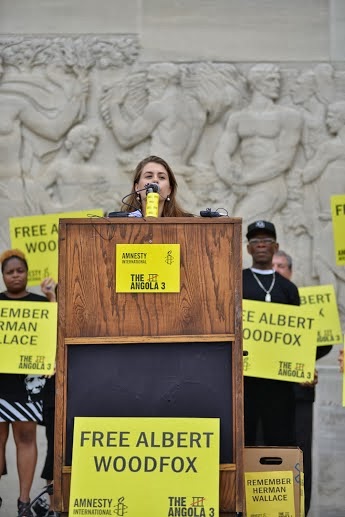 One of the things that I think about frequently is, at age 11 or 12, reading an article form the magazine Mother Jones about the Angola 3, isolated for decades in solitary confinement in Louisiana. Since coming to Amnesty, that case has been one that I have focused on most consistently and tirelessly. Robert King, the first freed member of the Angola 3, is one of the people that I admire most in the world. He was in Washington earlier this month, advocating for Albert Woodfox, the only member of the Angola 3 that is still behind bars.

It’s a telling through-line in my life, and I feel profoundly humbled to have had the opportunity to devote my time to elevating work on this case. “The future is not a result of choices among alternative paths offered by the present, but a place that is created–created first in the mind and will, created next in activity. The future is not some place we are going to, but one we are creating. The paths are not to be found, but made, and the activity of making them, changes both the maker and the destination.” – John Schaar

Meet Jasmine and hundreds more on March 20-22, at our biggest human rights conference of the year in Brooklyn, NY. Nearly 1,000 activists are expected to attend what will likely be our largest Annual General Meeting to date. Register online here!

One thought on “Meet Jasmine at the AGM: Campaigner for Individuals at Risk”