Teodora still has 23 more years to serve out of a 30-year prison sentence, which is supported by El Salvador’s draconian abortion law. El Salvador has a total ban on abortion, meaning that abortion is illegal even if a woman’s or girl’s life or health is at risk, if the fetus is not viable, or if the pregnancy is a result of rape or incest.

Salvadoran authorities even take it a step further. Women, like Teodora, who have suffered miscarriages or still-births have been charged with homicide or aggravated homicide, a charge that carries a sentence of up to 50 years. This has led to suspicion and discrimination against women, and has made women afraid to seek help with pregnancy-related problems.

For Teodora, her life in prison is an everyday reminder of the discrimination and distrust that resulted in her long sentence. Despite the fact that Teodora’s trial was deeply flawed, many inmates are hostile towards her since she was accused of killing her own child. Like other women accused of abortion or homicide after suffering a miscarriage, Teodora comes from a poor family that could not afford effective legal representation.

This ongoing human rights violations must be addressed!

In September 2015, 55 members of the U.S. House of Representatives wrote a letter to U.S Secretary of State, John Kerry and President of El Salvador, Sánchez Cerén. The letter showed that they are “deeply troubled that women in El Salvador are imprisoned for miscarriages or stillborn births and prosecuted for aggravated homicide,” and asked that their cases to be reviewed, with an eye towards freeing them.

During this year’s Write for Rights campaign, join Amnesty activists around the world to send letters to the Salvadoran Minister of Justice calling for Teodora’s immediate release.

Did you know that Write for Rights also includes sending messages of support to the prisoners themselves? For some prisoners, activists send letters or holiday cards. In Teodora’s case, Amnesty has set up a Tumblr space on which activists can post pictures of themselves holding signs to encourage her. 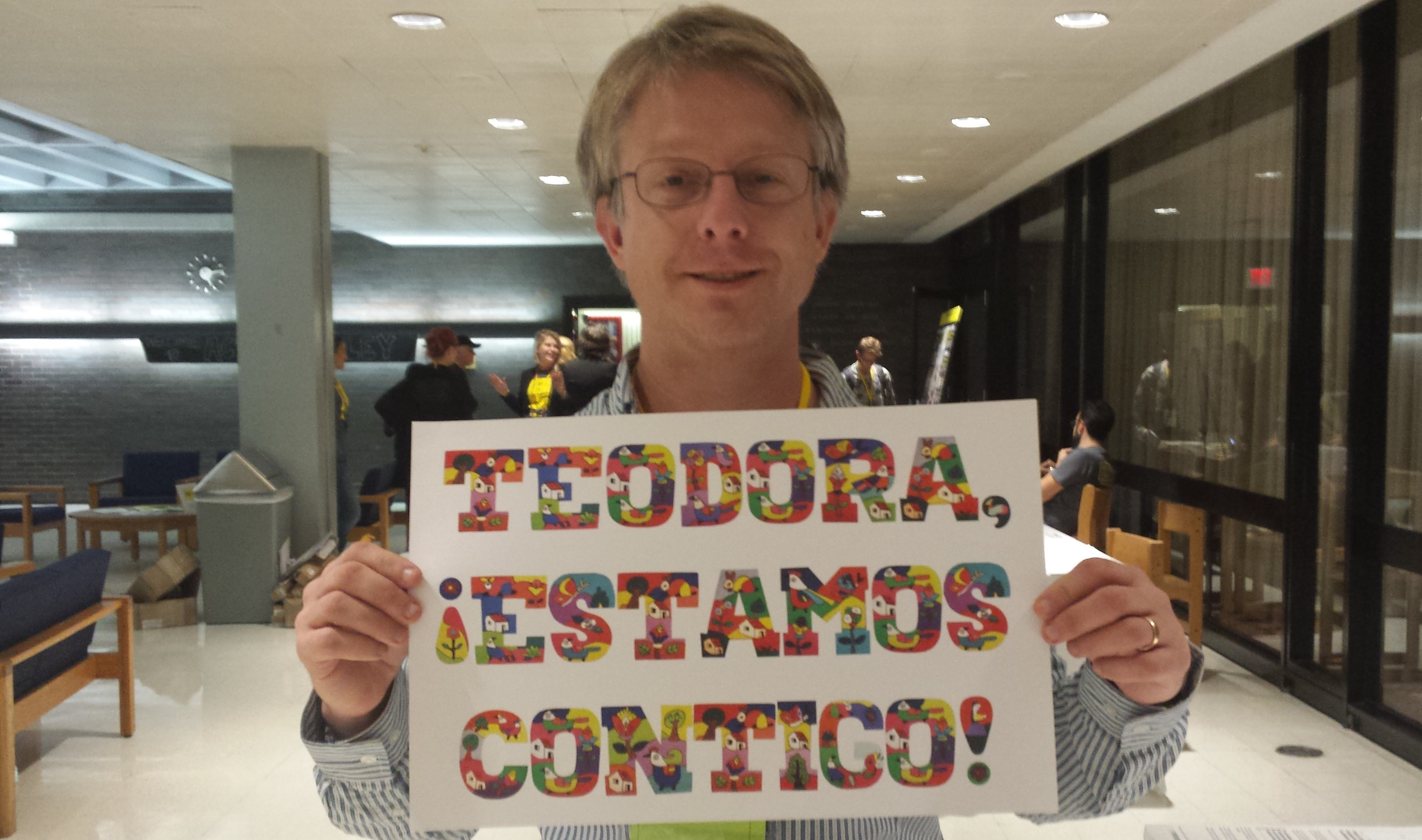 While you advocate on behalf of Teodora, remember that there are 11 other cases that need your attention through W4R.

Show your solidarity by signing up for W4R now! As one of the former W4R’s cases, Femi Peters of Gambia has explained, “The support I received was so great that I did not feel like I was imprisoned. I did not feel alone. I knew that people believed in me.”

2 thoughts on “Will you stand with Teodora?”