Wasn’t the U.S. Supreme Court decision in Roe v. Wade made over 40 years ago now? And the landmark stance by the United Nations Human Rights Committee on the case of KL v. Peru made just around a decade ago? Sometimes in today’s climate, it’s hard to remember the answer is “yes” to both of these questions. Yes, women in the United States and internationally have been lawfully confirmed in their right to seek a safe, legal abortion and to make decisions and inquire into information about their bodies, their health, and their futures.Yet, here we find ourselves. Right now in the United States, women’s sexual and reproductive rights (SRR) are being aggressively restricted by new state laws, while defunding threats are plaguing health care providers like Planned Parenthood, and this week the Supreme Court heard arguments in Whole Women’s Health v. Hellerstedt, a case that has serious implications about equal access to abortion and other health services.

In Latin America, while we see more news about the Zika virus and the potential dangers to pregnant women, many countries continue to severely restrict access to abortion. In El Salvador, the total ban on abortion denies the service even to women and girls whose lives are at risk or those who have been raped. So severe is El Salvador’s stance on abortion that some women have faced arrest and decades of imprisonment after having suffered miscarriages.

Click here to sign the petition calling for an end to El Salvador’s total ban on abortion!

It is in this context that we must recognize the profound role played by SRR defenders who daily continue the fight for our right to make decisions about our bodies – because the fight doesn’t simply end after major court decisions or precedent-setting laws are passed. There remain minds to change and hearts to affect.

At Amnesty International, we’ve seen those who defend SRR do so in contexts in which the importance of their work is often not widely acknowledged or respected. They tackle issues that are considered taboo, that defy long-held beliefs and challenge the vestige or persistence of outdated patriarchal systems. We see defenders risk their jobs, their reputations, and their lives so that our rights are maintained and promulgated.

In short, being a defender of sexual and reproductive rights is no easy task. To be an SRR defender takes passion, it takes guts and it takes immense resilience. Amnesty’s new report focuses on the situation of SRR defenders in the Americas and the patterns of intimidation, violence and stigmatization they face every day. Specifically, Defenders Under Attack! Promoting Sexual and Reproductive Rights in the Americas,takes a look at rights activists in Ecuador, El Salvador, Mexico, Paraguay, Peru, and Uruguay, documenting cases where these defenders are compared to criminals and their reputations smeared for disseminating SRR information, for supporting the termination of pregnancies of child rape victims and for aiding women who face obstetric emergencies. 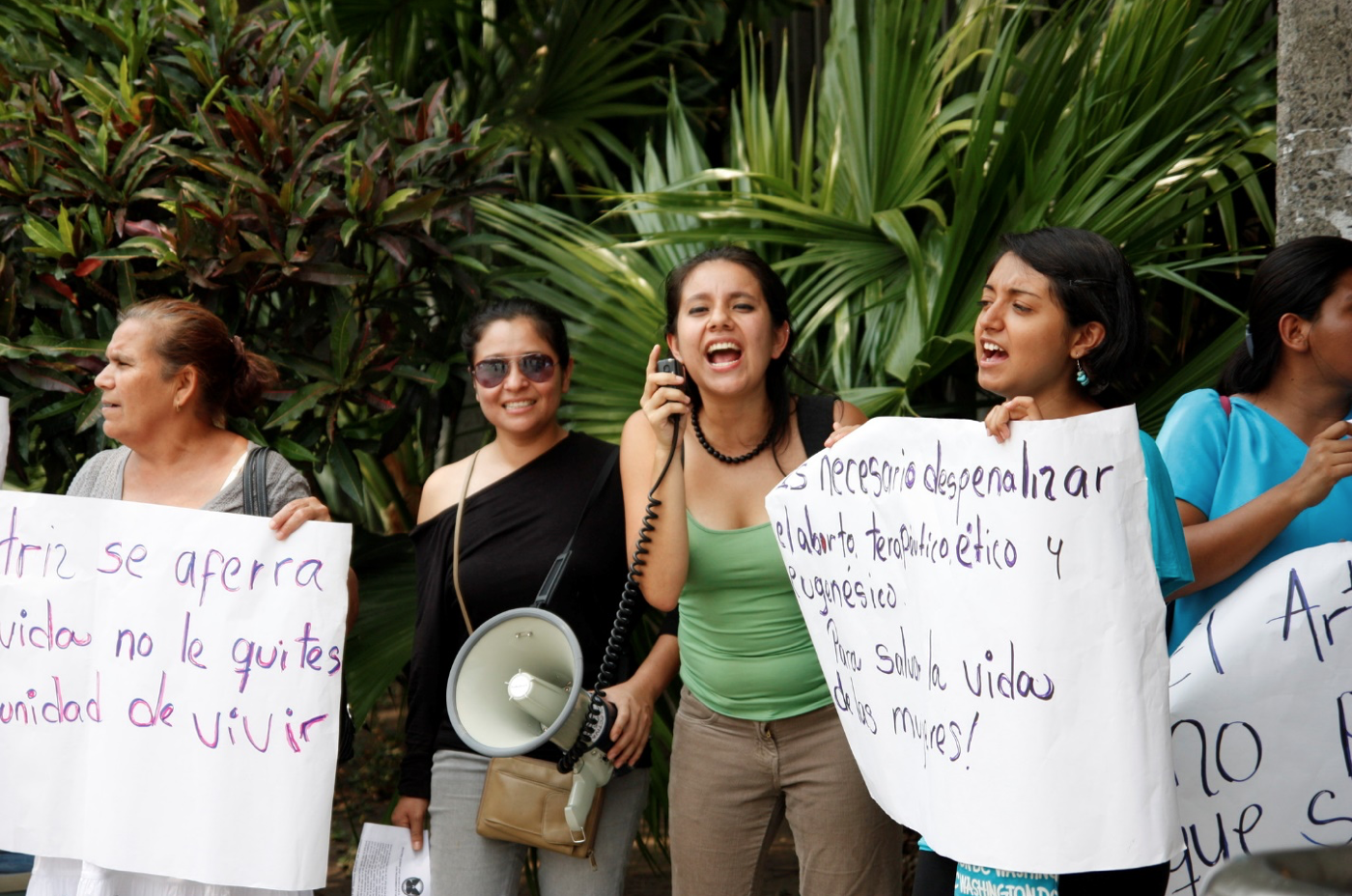 Photograph taken outside the Constitutional Chamber of El Salvador’s Supreme Court of Justice as a decision was being made about a pregnant woman, Beatriz and her appeal for access to a therapeutic abortion (2013).

In 2009, in the context of discussions about changes to a law that would reduce the scope for legal terminations in Mexico, Dr. Sandra Peniche, founder and director of Humanitarian Sexual and Reproductive Health Services, received death threats. She was subsequently forced to lower the visibility of her work, reducing the impact of her efforts in the southeastern region of Mexico, where the organization was the only one of its kind providing services from an SRR perspective.

“Instead of calling us defenders, they call us ‘murderers’, ‘terrorists’. They say we are ‘apologists for crime’.”

– Sara García, Association of Citizens for the Decriminalization of Abortion, El Salvador

According to the new report, using the courts against these rights defenders has been one of the more sophisticated methods employed to silence them in recent years. In the case of Executive Director Susana Chávez of the Peruvian NGO, Center for the Promotion and Defense of Sexual and Reproductive Rights (PROMSEX), erroneous comments made by a Congressman in a 2015 news article was enough to get the Public Prosecutor’s Office to summon her to an investigation into a complaint that she allegedly advocated abortion in the book Let’s talk about abortion and Misoprostol. It was established that the book was not written by PROMSEX or Susana Chávez and that neither was involved in its publication. Nevertheless, a smear campaign against the Director and the organization was awakened.

Criminalizing those who defend human rights has an impact on their rights to humane treatment, due process, effective remedy, honor and dignity, and to freedom of thought and freedom of assembly and association. Furthermore, human rights defenders and organizations are forced to expend time, money and energy in defending themselves in court, taking away from the important work they aim to do. Criminalization not only wears down defenders, it also sends a chilling message to all those who were planning to report violations or who might have lodged complaints of SRR violations.

Amnesty International, therefore, calls on states in the Americas to take steps to:

To learn more about this topic, read the full report.

Want to participate in defending women’s sexual and reproductive rights? Join us in fighting for a number of SRR issues on March 8th – International Women’s Day – by clicking here!