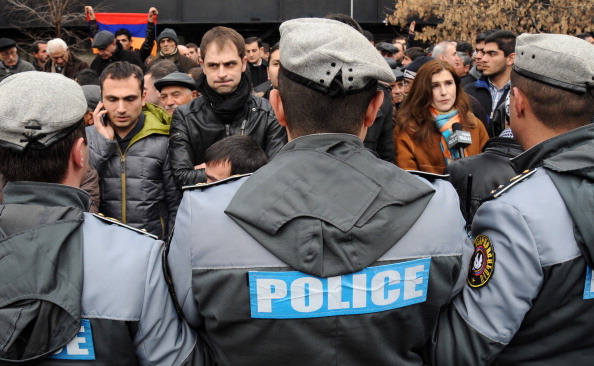 In our recent statement, “Armenia: Authorities Must Investigate Election-Related Human Rights Violations,” Amnesty International detailed Narine’s ordeal on the day of the election. But her fight didn’t stop at the polling precinct were the mayor’s son firmly held her hands back during the ballot stuffing. It now continues with Armenia’s chief investigator’s attempt to make Narine hold her tongue. In Narine’s own words:

The investigation began within a week after the election. Investigator Hovakimyan, who was sarcastic and aggressive from the second we met, consistently attempted to change my testimony and the order of events in order to place blame and suspicion on me. Instead of transcribing exactly what I recounted, the investigator used leading questions and dismissive responses such as ‘you know that never happened.’

To prevent the investigator’s distortion of my testimony, my attorney Tigran Yegoryan insisted that we tape the interview on March 1. After a 40-minute argument, the investigator left and returned with Andranik Mirzoyan, chief of the Special Investigative Service. The frightening chief snatched the recorder from my lawyer’s hand and aggressively threw it into the shelf in the interview room. By then, my lawyer and I were surrounded by half a dozen investigators.