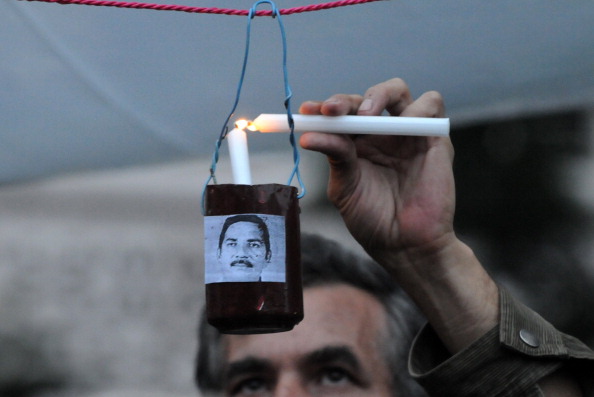 A man lights a candle during a vigil in memory of over 30 journalists killed in Honduras in the last three years (Photo Credit: Orlando Sierra/AFP/Getty Images).

“This killing is not just a crime against a an individual but also against the society as a whole. Every country should enjoy a free press in which journalists and media owners are allowed to exercise independence in collecting and reporting news without fearing for violent reprisals.”

Last month, I posted a blog entry asking if the November 25 elections in Honduras would be a victory for human rights. Unfortunately, my question was violently answered on December 7, when two unidentified gunmen murdered journalist Juan Carlos Argeñal. In addition to owning a local television station, Argeñal was a correspondent for Radio Globo and Globo TV.

Last July, authorities discovered the body of Anibal Barrow, another journalist from Globo TV who had been abducted by gunmen. At least 30 journalists have been killed since January 2010. 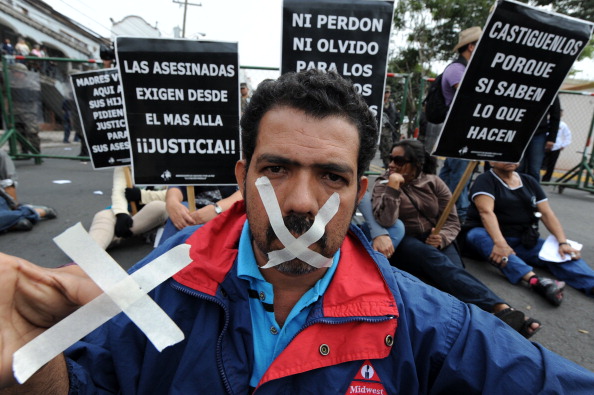 A journalist with his mouth taped takes part in a protest against the murder of colleagues in Tegucigalpa (Photo Credit: Orlando Sierra/AFP/Getty Images).

UNESCO Director-General Irina Bokova was correct to identify attacks on journalists such as Argeñal as “crime against society as a whole.” Freedom of the press and freedom of expression are fundamental human rights. Without reporters to document abuses, alert the public, and denounce injustice, human rights violators are empowered to continue threatening and killing anyone they please.

Last summer, Argeñal sought help from COFADEH (Committee of Relatives of the Detained and Disappeared in Honduras). Unfortunately, human rights groups such as this are themselves under threat in Honduras. As you may recall, COFADEH was recently featured in Amnesty’s 16 Days of Activism Against Gender Based Violence.

Take action to urge Honduran authorities to identify and prosecute those behind the murder of Argeñal. Please also sign an online petition to support the work of COFADEH and urge the Honduran government to protect them. 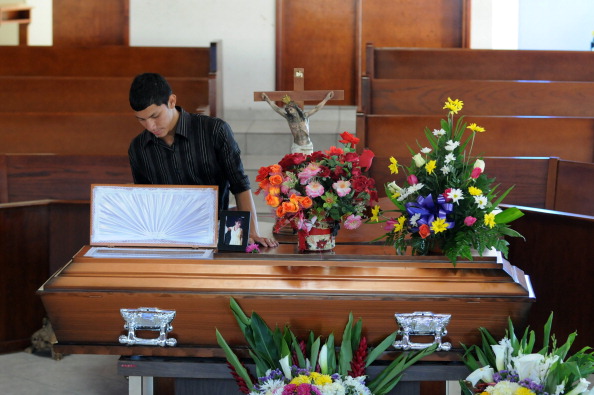 A young man stands beside the coffin of Honduran journalist Saira Fabiola Almendarez. According to the Honduran Human Right Defense Committee, at least 30 journalists have been murdered in the last three years in the country (Photo Credit: Orlando Sierra/AFP/Getty Images).

One thought on “HAPPENING NOW: Journalists Being Murdered in Honduras”