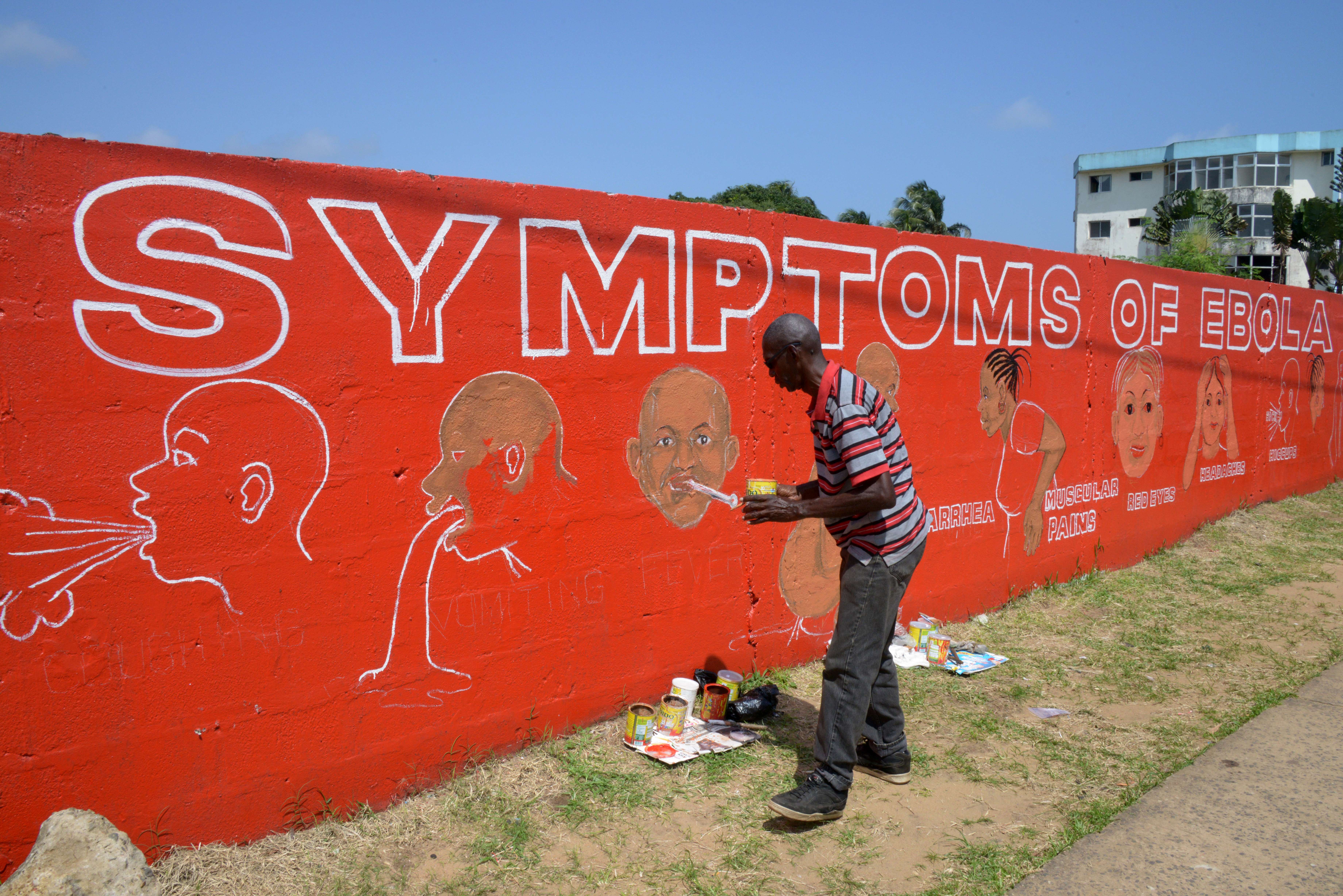 A street artist, Stephen Doe, paints an educational mural to inform people about the symptoms of the deadly Ebola virus in the Liberian capital Monrovia. ( DOMINIQUE FAGET/AFP/Getty Images)

Two years ago, I had the privilege of visiting Freetown and other parts of Sierra Leone where Amnesty International was training maternal health volunteers to monitor antenatal care. It was evident then that Sierra Leone’s health infrastructure was in a very poor state, undermined by years of war and lack of investment. But today, the outbreak of Ebola has meant that its struggling healthcare system, and others in neighboring African countries – particularly Liberia and Guinea – have been completely overwhelmed.

The Ebola outbreak is the first in West Africa since the disease was diagnosed in the 1970s and it is the largest ever in terms of people affected. According to the World Health Organization (WHO), the death toll has already surpassed 2,200 and more than 20,000 could be infected before the outbreak is brought under control. While the absolute priority for African governments must clearly be to protect lives, there are growing concerns that attempts to contain the outbreak are having a negative impact on human rights.

Speaking at a crisis African Union meeting this week, AU Commission chair, Nkosazana Dlamini-Zuma, cautioned against measures that may have more social and economic impact than the disease itself.

“Fighting Ebola must be done in a manner that doesn’t fuel isolation or lead to the stigmatization of victims, communities and countries,” she said. Indeed, it is not just economic and social rights which could potentially be affected by the measures taken to tackle Ebola, but also rights including guarantees against arbitrary detention and freedom of movement.

There have been reported cases of rejection by families and communities of people who have recovered from the disease and been discharged from hospital.

“The majority of the survivor children in Kenema district are discriminated against and not welcomed back into their communities, even though they no longer pose any risk to the population,” Sylvestre Kallon, from the Future Focus Foundation told me last week.

Kemema district, regarded as the “epicentre” of the outbreak, has been under a state of emergency which has restricted people’s movement and made it difficult for them to earn a living, especially if they live on the outskirts of the city.

In Freetown, food stocks are running low due to the closure of the Guinea border meaning that fresh produce cannot be imported. Food shortages, hoarding and spiralling costs have added a huge burden on people who are already struggling to get by. With medical facilities stretched to breaking point, people with serious ailments such as malaria or diarrhoea are facing an acute challenge to get treated.

The fear and stigma surrounding the disease has also reportedly led some people to hide members of their families who are exhibiting Ebola-like symptoms. Many of the medical staff who have been treating patients have themselves become victims of the deadly virus and it is not surprising to see doctors in Freetown going on strike due to pay and working conditions, and nurses in Liberia striking due to lack of personal protective clothing and equipment.

The International Covenant on Economic, Social and Cultural Rights which Sierra Leone has ratified, requires that states take steps to guarantee the “right to health” including measures for the prevention, treatment and control of epidemics.

For a number of years, Amnesty International has reported on the appalling health situation in Sierra Leone and called on the government to ensure better health service delivery, adequate funding, as well as developing monitoring and accountability mechanisms to enable rights holders to hold the government to account for failures to guarantee their right to health. Yet there has been little evidence of progress.

While Sierra Leone is struggling to guarantee people’s right to healthcare, the international community has a pivotal role as well as international legal obligations to ensure assistance and cooperation, particularly at times of crisis such as this epidemic.

Governments along with their international partners must ensure healthcare for all, especially marginalised groups. International assistance and cooperation must play its part in supporting governments to strengthen these severely strained and crumbling health systems so they can withstand and respond more effectively to such crises in the future.

Containing the current outbreak of Ebola may be the most urgent priority but the real challenge for Sierra Leone and other governments is to take a serious look at its human rights obligations, public policy, and practices on the right to health. Access to timely, acceptable, and affordable healthcare is not just an aspiration for the people of Africa: It is their right. It is time for African governments and the international community to deliver. Short and long term programmes are needed to build health delivery systems capable of providing care to those in need at the best of times, as well as withstanding the strains during the worst of times.

This blog originally appeared on the Al Jazeera website.