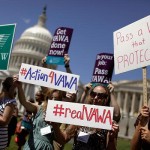 To our deep disappointment, Leonard Peltier was denied parole on Friday, nearly a month after his July 28 parole hearing. In addition to our online action, Amnesty International had sent an open letter to the parole board in early July urging that Peltier be granted parole, and Amnesty continues to call for his immediate release on parole. You can read more about Leonard’s case in this blog post, and in the full AI press relase. The US Department of Justice also issued a lengthy press release on Friday.

*****
Update: As we await the results of Leonard Peltier’s parole hearing, it is still possible to take action on his behalf. The online action has a mailing address, fax number, and sample letter. You can print out the letter from the online action page, and then mail or fax it in. Help demand parole for Leonard Peltier!
*****

Anishinabe-Lakota Native American Leonard Peltier, a federal prisoner serving two consecutive life sentences for the murders of two Federal Bureau of Investigation (FBI) agents in 1975, is scheduled for a parole hearing before the US Parole Commission on 28 July 2009 (Federal prisoners serving life sentences in the USA can apply for parole). There are serious questions about the evidence on which Peltier was convicted and concerns remain over the fairness of the legal proceedings which led to Leonard Peltier’s extradition from Canada and subsequent trial. Amnesty International, having campaigned on Leonard Peltier’s behalf for many years, believes that he should be granted parole. The deadline for public comment on his case is July 14th.

Leonard Peltier, a leading member of the American Indian Movement (AIM), an organization which seeks to promote and uphold Native American Indian rights, was convicted in 1977 of shooting dead FBI agents Ronald Williams and Jack Coler during a confrontation involving AIM members on the Pine Ridge Indian Reservation in South Dakota. Peltier does not deny that he was present during the incident. However, he does deny killing the agents by firing on them at close range, as alleged by the prosecution at his trial.

The only alleged eyewitness to the shootings was Myrtle Poor Bear, a Lakota Native woman who lived at Pine Ridge. On the basis of her statements that she had seen Leonard Peltier kill Williams and Coler, Peltier was extradited from Canada, where he fled following the shootings. However, Myrtle Poor Bear retracted her testimony in 1977. In a public statement issued by Myrtle Poor Bear in 2000, she said that her original testimony was a result of months of threats and harassment from FBI agents.

The US Parole Commission has held a number of parole hearings on Peltier’s case. However, it has always denied parole on the grounds that Peltier did not accept criminal responsibility for the murders of the two FBI agents. This is despite the fact that, after one such hearing, the Commission acknowledged that, “the prosecution has conceded the lack of any direct evidence that you personally participated in the executions of two FBI agents.”