Along with other human rights organizations, Amnesty has called on Turkish authorities to release those arrested yesterday unless authorities can produce “credible evidence that they have committed a recognizably criminal offense.” END_OF_DOCUMENT_TOKEN_TO_BE_REPLACED 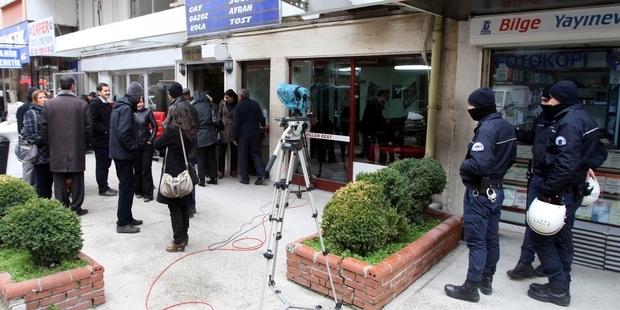 Police raids in several Turkish cities have resulted in the arrest of 15 human rights lawyers, including from the the Contemporary Lawyers’ Association.© ADEM ALTAN/AFP/Getty Images

It is hard to ignore the increasingly grave human rights situation in Turkey, where, as part of a broader crackdown on leftists, Turkish police raided residences and offices last night, arresting scores of individuals.

Amnesty notes that, among those detained, were fifteen “human rights lawyers known for defending individuals’ right to freedom of speech and victims of police violence.” Some of those arrested had previously voiced to Amnesty their fear of arrest due to their work defending those standing trial under Turkish anti-terrorism laws.

“The detention of prominent human rights lawyers and the apparent illegal search of their offices add to a pattern of prosecutions apparently cracking down on dissenting voices. Human rights lawyers have been just some of the victims in the widespread abuse of anti-terrorism laws in Turkey. The question to ask is: who will be left to defend the victims of alleged human rights violations?” 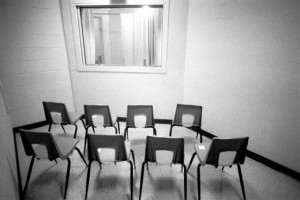 Michael Brawner (scheduled for execution on June 12 in Mississippi) had a bad lawyer. In fact, prior to his trial, the legal representative doing most of the work on his case was not a lawyer at all, but a law clerk who had failed the bar exam (he passed just in time for the start of the trial).  END_OF_DOCUMENT_TOKEN_TO_BE_REPLACED

END_OF_DOCUMENT_TOKEN_TO_BE_REPLACED

Sometimes the best defense is no defense.  That may be the moral of the story by Dan Barry in yesterday’s New York Times about James Fisher, who accepted a plea deal that freed him from death row after almost three decades behind bars, on the condition that he leave Oklahoma and never return.

This doesn’t mean he was guilty of the crime for which he was sentenced to die; after two grotesquely unfair trials, he had simply lost faith in the system’s ability to defend his rights.  And no wonder.

The victim of the 1982 murder was a man who had allegedly solicited sex with Fisher, but Fisher’s trial attorney, E. Melvin Porter, has admitted that at the time “he considered homosexuals to be ‘among the worst people in the world.’”  He did nothing but undermine his client.

Fisher’s conviction and death sentence were overturned due to ineffective assistance of counsel (after 19 years), but his new lawyer at retrial, Johnny Albert, drank, abused cocaine and threatened Fisher (his own client) with physical violence.  Fisher stopped coming to the trial and was again convicted.

That conviction was also overturned for the same obvious reason, but rather than go through a third trial, Fisher accepted the deal and is now headed to greener pastures in Alabama, with the support of the Equal Justice Initiative.

To get to something close to the truth, our adversarial system of justice requires a reasonably level playing field between prosecution and defense.  In reality, this almost never happens.  Particularly for poor defendants, the deck is almost always stacked against them, as court appointed lawyers are often overworked, underpaid and under-resourced, and, for complex capital cases, lacking in experience.

Obviously not all residents of our nation’s death rows had legal representation as appalling as Fisher’s, but the vast majority of those sentenced to death could not afford their own lawyer at trial.  The failure to provide adequate defense for those the state is trying to kill is a national scandal, and yet one more reason the irreversible punishment of death should be stricken from the books.

Should a client suffer the consequences because his lawyers screwed up?  Adam Liptak, who covers the Supreme Court for the New York Times, wrote an interesting piece today about a new petition that asks this rather basic question.  In this case, the consequences are plenty severe, since the client in question – Cory R. Maples – is facing execution in Alabama.

Bad lawyering is one of the main reasons people end up on death row, rather than serving lesser sentences, but the bad lawyering in this case extended into the appeals process, when the high-priced law firm handling Mr. Maples’ appeal failed to meet a filing deadline due to a mailroom snafu. Should someone facing death be denied his chance to appeal because of poor communication in the bowels of some law firm’s New York offices?

There will always be a conflict in our justice system between the need to respect processes and procedures like filing deadlines, and the need for flexibility to ensure that verdicts and sentences are fair and accurate.   But lately, process and procedure have been getting the upper hand.

Our system’s rigid obsession with process may have reached its zenith in 2007, when the Supreme Court ruled that an appeal could not be heard, even though it was only late because a judge had given attorneys the wrong deadline.   This was not a death penalty case, but in the ruling Justice Clarence Thomas suggested that didn’t matter.   He noted that a man (Ryan Heath Dickson) had been executed earlier that year without the Supreme Court ever looking at his petition, because it had been filed one day late.  “The rejected certiorari petition was Dickson’s first in this Court, and one can only speculate as to whether denial of that petition would have been a foregone conclusion,” Justice Thomas observed remorselessly.

Earlier this year, the Supreme Court seemed to show a little more heart, giving Florida death row inmate Albert Holland the chance to show that extraordinary circumstances out of his control (lawyer negligence) caused a filing deadline to be missed.  We will see this Fall what the Supreme Court decides to do with this latest case.

Justice has to be more than mindlessly following a set of inflexible bureaucratic procedures, and inflicting death on someone because his lawyer committed some procedural error is not justice at all.

Remember two years ago when then President Musharraf removed the Chief Justice of Pakistan’s Supreme Court, setting off howls of protest from the Pakistani legal community? Many people, including Musharraf, seemed surprised that lawyers had it in them to take to the streets and demand respect for the rule of law.  But if any of you have ever been to a “bar review” (read booze fest) hosted any given Thursday evening by one of our nation’s law schools, or been to a patent bar continuing legal education course (I’ve heard those patent lawyers get rowdy), you nodded your head wisely as the Pakistani lawyers protested continuously for two years until the Chief Justice was reinstated.

Until recently, lawyers in Zimbabwe, despite being one of the most active civil society groups in the country, had for the most part avoided being swept up in the political machinations and repression experienced in recent years.  In the last few months, though, this seems to be changing. In February, two lawyers were arrested while observing a Valentine’s Day protest in Harare.  Then in March, the magistrate who granted bail to arrested prospective Minister of Agriculture Roy Bennett was arrested.  Last week, respected human rights lawyer Alec Muchadehama was arrested in court for allegedly attempting to circumnavigate proper legal channels in securing the release of his clients on bail.  Now it was announced today that the two lawyers detained in February will go to trial on charges of “participating in a gathering with intent to promote public violence, breaches of the peace or bigotry.”

In response, lawyers and journalists promptly took to the streets in Harare today to protest government harassment.  Now, I’m not just saying this because I am a lawyer, but perhaps those pulling the strings in Zimbabwe might want to heed the lesson painfully learned by Musharraf, whose relatively rapid downfall is widely attributed to have commenced when he began messing around with lawyers.  To misappropriate Adam Sandler’s Zohan movie title, “You don’t mess with the lawyers.”