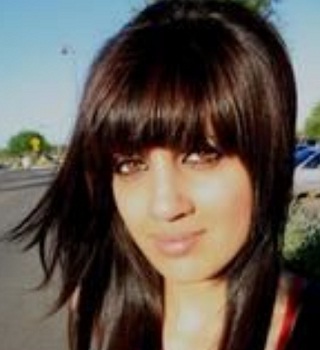 Noor Almaleki was 20 years old and living in Pheonix when she and her friend, 43-year-old Amal Khalaf, were struck by a car driven by Noor’s father. While Amal survived, Noor later died, and her father, Faleh al-Maleki, was later convicted of killing his daughter.

The case of Noor Almaleki has drawn attention, most recently last weekend on CBS’s “48 Hours: Mystery” program, as a suspected case of a so-called “Honor Killing”—one committed here in the United States.

And yet, while the case of Noor Almaleki has made national headlines because it happened in Arizona, so-called “honor killings” happen around the world at an alarming rate, often with little press and no justice for the victim.

END_OF_DOCUMENT_TOKEN_TO_BE_REPLACED

A gay-rights activist holding a placard reading: "Don't hate, apologize," is evacuated as he protests on April 15, 2010 in Ankara against Family Affairs and Women's Minister Selma Aliye Kavaf, who declared that she believed homosexuality was a "biological disorder, a disease." © Adem Altan/AFP/Getty Images

Violence, discrimination, and official contempt: a new Amnesty report on LGBT rights in Turkey outlines the difficult straits of the LGBT community in Turkey.

The report makes for grim reading.  The LGBT community in Turkey is subject to a general atmosphere of harassment and discrimination.   Violence is widespread and often comes from members of their own families.  Assault, rape, and even murder go uninvestigated and unpunished.

END_OF_DOCUMENT_TOKEN_TO_BE_REPLACED

Congratulations to Turkey for becoming the first country to sign a tough new European Convention to combat violence against women.  Now, it is time for the Turkish government to get serious about protecting its own female citizens from honor killings and spousal abuse.

The murder of women continues to increase dramatically in Turkey–since last October, there have been more than 264 cases reported in the Turkish press–but the number of secure women’s shelters where women under threat can take refuge remains woefully inadequate.

The Turkish government recommended in 2005 that municipalities with more than 50,000 people have women’s shelters.  Given its population of 75 million, this means there should be 1,400 women’s shelters in Turkey.  There are 65, and not all are up to European standards.

When Ahmet Davutoglu, Turkey’s Foreign Minister, signed the European Convention to Prevent and Combat Violence Against Women on May 11, he said “Turkey is ready to do all [necessary] work to stop violence against women.”  Let’s hope that pledge includes funding an adequate number of shelters where women can seek refuge from violence and death threats.