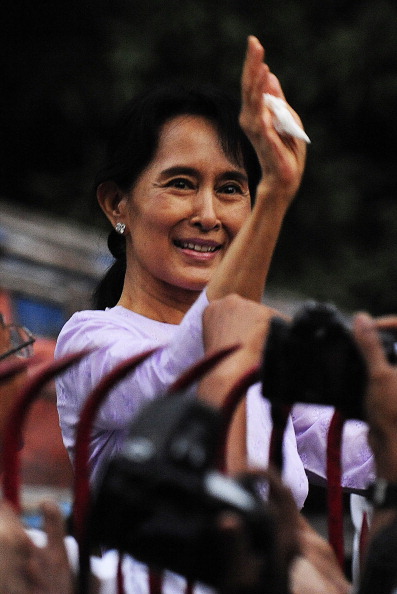 MYANMAR OUT – Myanmar’s opposition leader Aung San Suu Kyi waves to supporters after her release in Yangon on November 13, 2010. Myanmar’s democracy leader Aung San Suu Kyi walked free from the lakeside home that has been her prison for most of the past two decades, to the delight of huge crowds of waiting supporters. Waving and smiling, the petite but indomitable Nobel Peace Prize winner appeared outside the crumbling mansion where she had been locked up by the military junta for 15 of the past 21 years. AFP PHOTO (Photo credit should read STR/AFP/Getty Images)