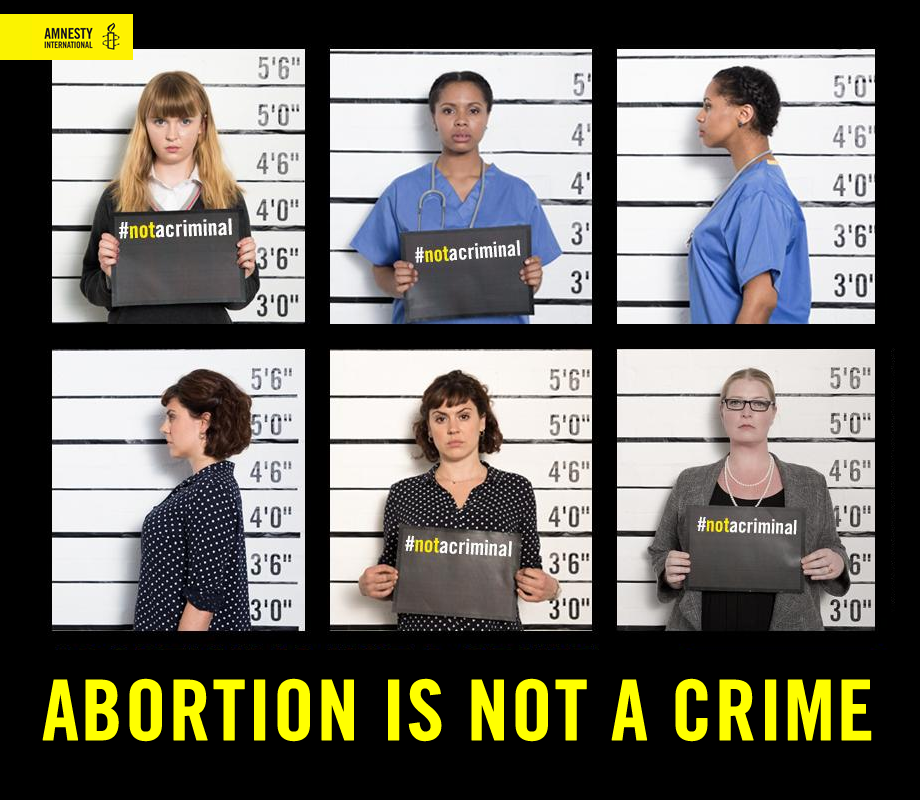 Ireland, El Salvador, and Chile share a deplorable commonality — the governments of all three countries have enacted draconian and harmful abortion laws that put women’s and girls’ lives at risk. Today, on September 28th, the Global Day of Action to Decriminalize Abortion, we join with people and organizations around the world to demand an end to these dangerous laws.

Ireland has a near-total ban on abortion, which means that women and girls cannot access safe and legal abortion services. The Protection of Life During Pregnancy Act 2013 (PLDPA) criminalizes abortion with the only exception being if the woman’s or girl’s life is at “real or substantial” risk. Ireland’s Eighth Amendment to the Constitution protects the fetus’ right to life on an equal footing with a woman’s and its Regulation of Information Act censors abortion-related information—meaning that health care providers are stopped from giving out full information on abortion, for fear of being accused of “promoting” or “advocating” it.

Ireland’s abortion laws essentially treat women and girls like criminals. Women, health care providers, and anyone who assists them face up to 14 years in prison and a ₤4,000 fine for violating the PLDPA. Due to the criminalization of abortion in Ireland, an estimated 4,000 women and girls—the majority of them aged between 20 and 34—travel abroad for an abortion every year.

El Salvador and Chile are among the few remaining countries that have total bans on abortion. This means that abortion is illegal in both countries, even if a woman’s or girl’s life or health is at risk, if the fetus is not viable, or if the pregnancy is a result of rape or incest. The effects of total abortion bans can amount to torture and other forms of ill-treatment – as concluded by the UN Special Rapporteur on Torture, and are nothing less than institutionalized violence against women and girls. 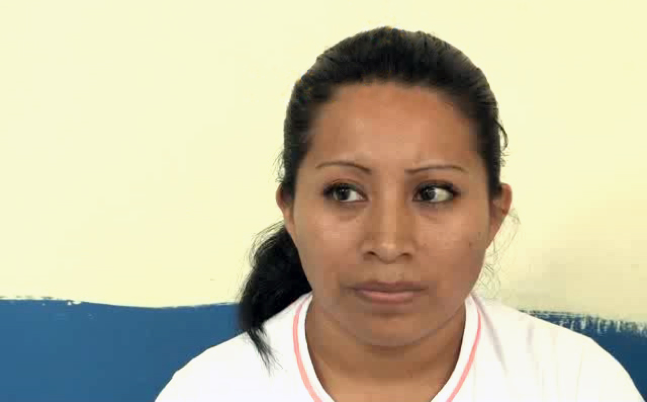 In El Salvador, Theodora del Carmen Vásquez is serving a 30-year prison sentence for aggravated homicide, after suffering a stillbirth at work.

In El Salvador, women who have had miscarriages have been charged with aggravated homicide, a charge which can bring a sentence of up to 50 years in prison. Amnesty International has documented the cases of many women who have been sentenced to decades in prison after having a miscarriage.  The law also puts healthcare professionals in a dilemma, because protecting their patient’s life could lead to their own prosecution and 6 to 12 years of imprisonment.

Chile’s laws are not much different. Like Ireland, women and girls who can afford to leave the country travel abroad to seek the treatment they need. For those who can’t afford to leave, many women and girls resort to clandestine abortions that can put their lives at risk. In cases where unsafe abortions result in complications, seeking medical treatment can result in being reported to the authorities and a sentence of 3 to 5 years in prison.

The President of Chile, Michelle Bachelet, has been pushing for abortion reform that would allow legal abortions in cases of rape, when the life of the woman or girl is at risk, and when the fetus is not viable. The vote to pass this bill is still under debate and is up against significant opposition within the National Congress, despite the fact that 70 percent of the Chilean population supports abortion in specific cases.

Abortion laws in Ireland, El Salvador, and Chile result in a systemic denial of the human rights of girls and women. By not providing access to abortion services and information, each country fails to meet its human rights obligations set forth under international law. Reforms to each country’s abortion laws are long overdue.

Today, on the Global Day of Action to Decriminalize Abortion, Amnesty is calling on people to stand in solidarity with women and girls in Ireland, El Salvador, and Chile. Cities across the world will gather to show each government that the world is watching. You can add your voice by signing your name to each online petition and by spreading the word about the human rights violations happening in each country. We cannot allow the governments to wait for more tragedies to occur before they act!

Download the My Body, My Rights Fall 2015 Activist toolkit for more actions and information on what you can do