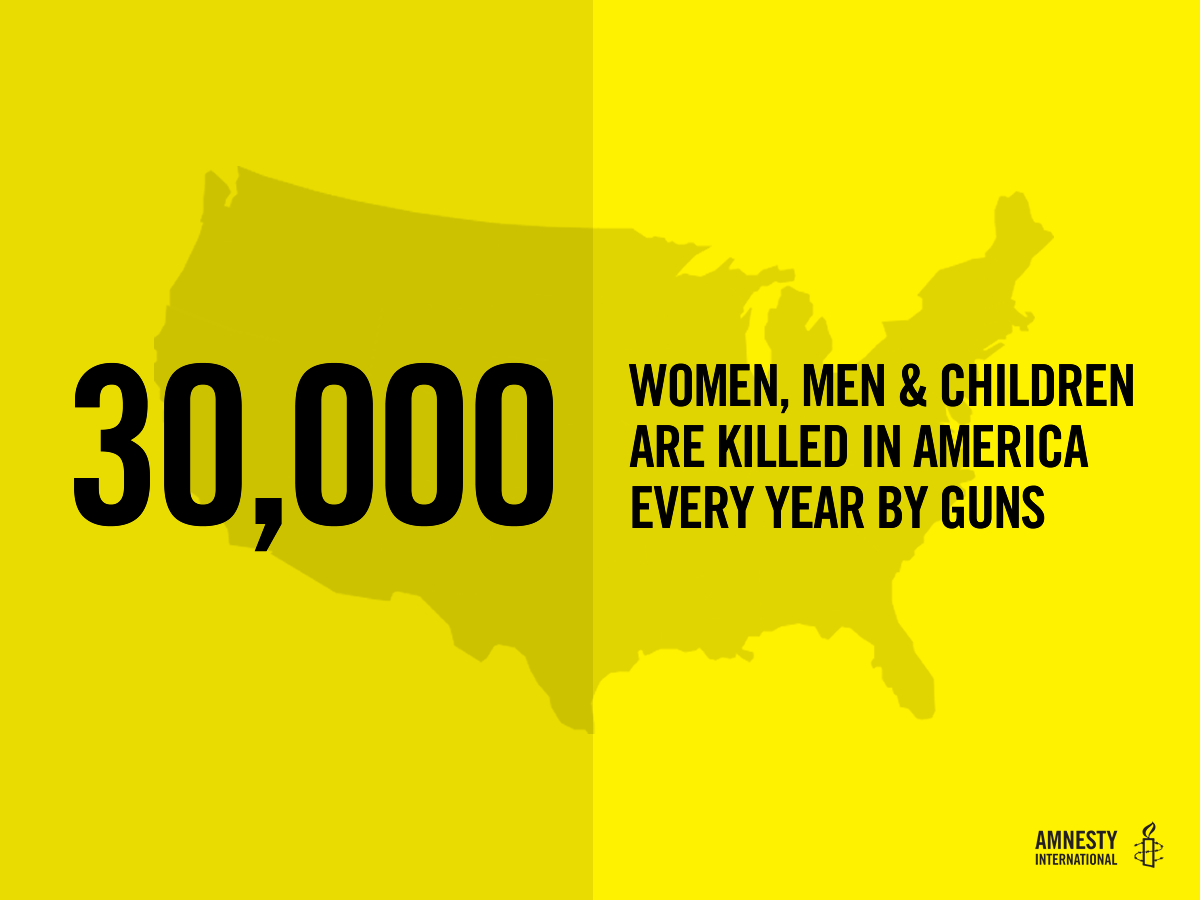 Yet in America, guns kill more than 30,000 men, women and children every single year.

Whether you’re walking down the street, in a school or at church no place is truly safe.

Among high-income countries, the United States accounts for

The United States is a party to two of the international human rights treaties – the International Covenant on Civil and Political Rights (ICCPR) and the International Convention on the Elimination of All Forms of Racial Discrimination (ICERD), the U.S. government has clear and urgent obligations to protect the people living in this country from gun violence. But the U.S. has a patchwork of inconsistent and inadequate federal and state gun control laws and has failed to take all measures necessary to prevent gun violence.

The lack of legislation action, to reduce this man-made epidemic continues to hold our country at gunpoint and prevent us from exercising our human rights.

Which is why, we join the International Action Network on Small Arms (IANSA) is the global movement against gun violence, a network of 800+ civil society organizations and individuals in 100 countries to continue to elevate the need for legislative intervention to prevent the loss of even one more life to gun violence. ACT NOW

10 thoughts on “Why Gun Violence is a Human Rights Crisis”