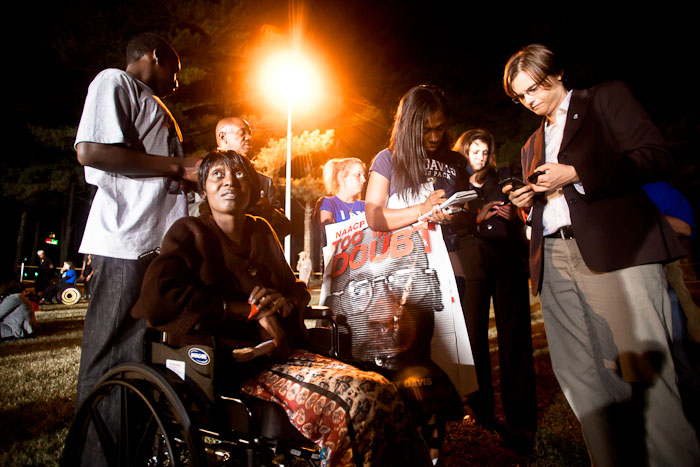 Despite our herculean efforts, we had not broken through.  Adding insult to injury, I could not believe the unprecedented show of force.  An army of armored and armed men lined the highway near our gathering point.  A helicopter flew overhead and squad cars made occasional runs up and down the highway, sirens blasting.  On some level, though, this meant that we had effectively demonstrated our movement’s power since our cell phones and posters were hardly a fair match against riffles. 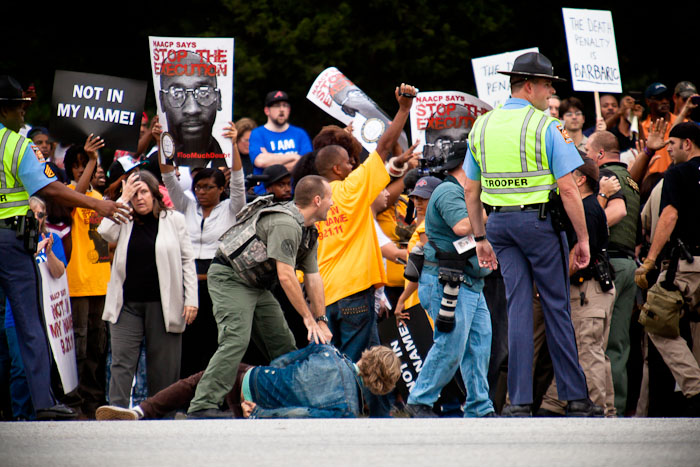 Execution day: At 6:30 pm, a protester is arrested as police and SWAT teams push back a surging crowd across from the prison grounds. © Scott Langley

As we approached 11:08pm, the time we later learned was when Troy’s life ended, we gathered around the dignified Davis family.  By that point, the Supreme Court issued its denial of a last ditch appeal.  We all knew what was coming next and we could only wait for the official announcement that the homicide had been carried out.

Martina modeled for us what to do.  She wasn’t crying.  She wasn’t shouting.  She was organizing, even from her wheelchair on the grassy grounds at death row.  She never stopped organizing people in the struggle to help her brother and to end the death penalty.  She introduced me to a law student from California who was going to school in North Carolina.  This woman had driven a great distance to stand in solidarity with the family that day and to protest Troy’s scheduled execution.  Martina wanted to make sure the young woman got connected to our network and could get involved in the work.

Keep up the fight

Troy asked us to “keep up the fight” and Martina showed us what that looked like.  There are so many things you can do to honor them.

There is no shortage of activities for our collective power to end the death penalty.

We are still Troy Davis and we will succeed! 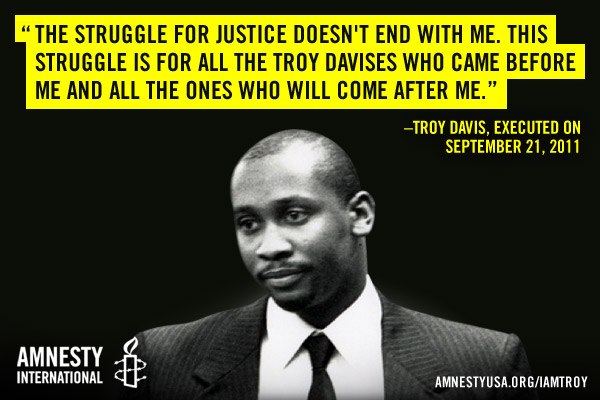