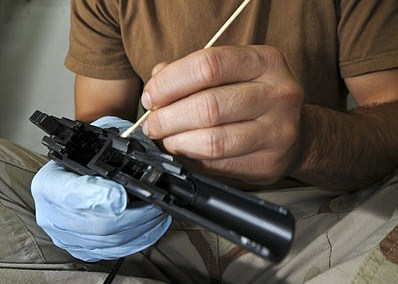 Yet Texas has scheduled Anthony Haynes for execution anyway, on October 18. The neglectful way that racial bias was allowed to seep into this case, and indifference of all concerned (including, first, his defense, and then the courts that thought it was ok for a judge to clean guns in front of potential jurors) are all too typical of death penalty cases.

A system that cavalier toward matters of life and death should be stripped of its power to impose the ultimate penalty.  If Texas authorities want to show that they do take capital cases seriously, they can start by granting clemency to Anthony Haynes.

36 thoughts on “What If A Texas Judge Cleaned Guns During Jury Selection?”