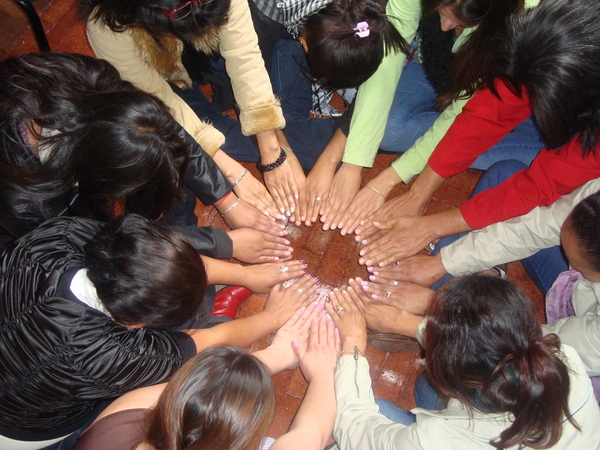 Survivors of sexual violence unite in Bogotá, Colombia.  1 in 3 women will be victim of violence worldwide. (Photo Corporación Sisma Mujer)

The U.S. government has just released its much anticipated global strategy to prevent and address gender-based violence. The strategy, and accompanying Executive Order, will help ensure that the United States effectively prevents and responds to gender-based violence globally.

This new strategy for the first time puts the full weight of U.S. foreign policy and international assistance behind efforts to end this global human rights violation.

Why is this strategy needed?  Because an estimated one in three women worldwide has been beaten, coerced into sex, or otherwise abused in her lifetime. In countries from Nicaragua to Afghanistan to the United States, violence against women is global epidemic.

“My father was the one who abused me. He started to rape me from when I was 9 until I was 14. I was terrified of him… Sometimes he would hit me so much I could not go to school the next day… He wanted me to just stay in the house… And he abused me [sexually] as many times as he wanted. I couldn’t say anything because I was so frightened of him.”

One in three women worldwide has been beaten, coerced into sex, or otherwise abused in her lifetime.

”
A strong, coordinated response is needed to prevent girls like Connie from experiencing sexual violence.  For example, U.S. programs to increase girls’ access to education must integrate a violence prevention to ensure that sexual violence is addressed and is not a factor in inhibiting girls’ access to education.   If implemented properly, the new U.S. strategy will be key in making – and breaking – the critical links between violence and other women’s human rights violations.

Living free from violence is a human right, yet millions of women and girls suffer disproportionately from gender-based violence both in peace and in war, at the hands of the state, in the home and community.

The U.S.’s new strategy will strengthen the U.S.’s response to this global epidemic by prioritizing coordination and prevention.

The strategy’s four key goals are:

The U.S. strategy represents an important step in addressing the problem of violence against women, but there is still more to be done. Congress continues to delay in passing a domestic Violence Against Women Act that protecting all women, including Indigenous women, immigrant women, and lesbian, gay, bisexual and transgender people.

Visit our women’s human rights webpage now to learn more and to demand that Congress do its job to protect women in the United States from violence.

4 thoughts on “U.S. Releases Its First-Ever Strategy to End Violence Against Women Globally”