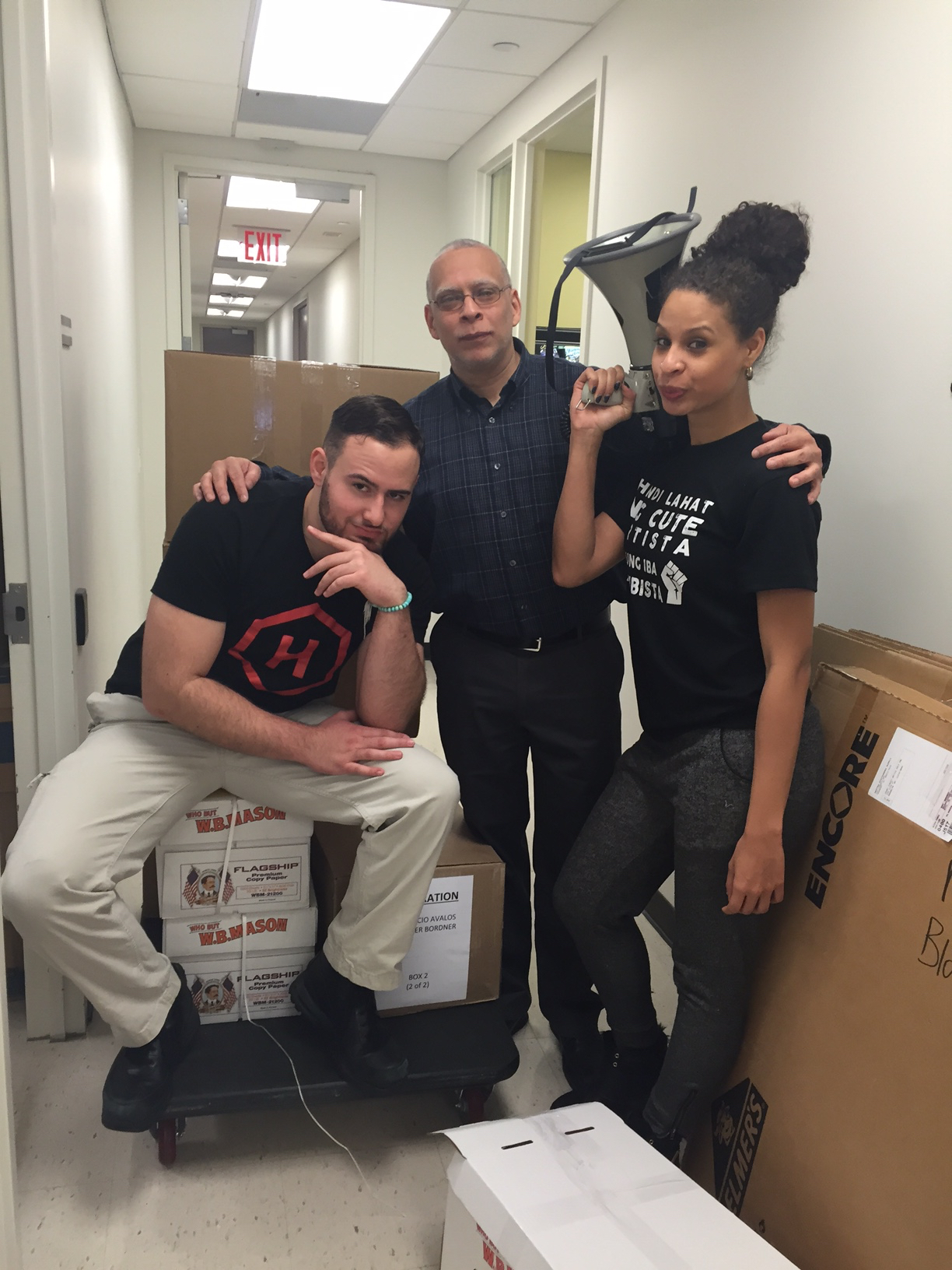 The road to Amnesty International USA’s Annual General Meeting and Human Rights Conference technically began in April of 2015, when the AIUSA Board of Directors chose Miami as the host city for our 2016 conference. The literal road trip to the conference began on March 24, when events staff and interns packed the boxes of materials and equipment that we will need to pull off a successful AGM. 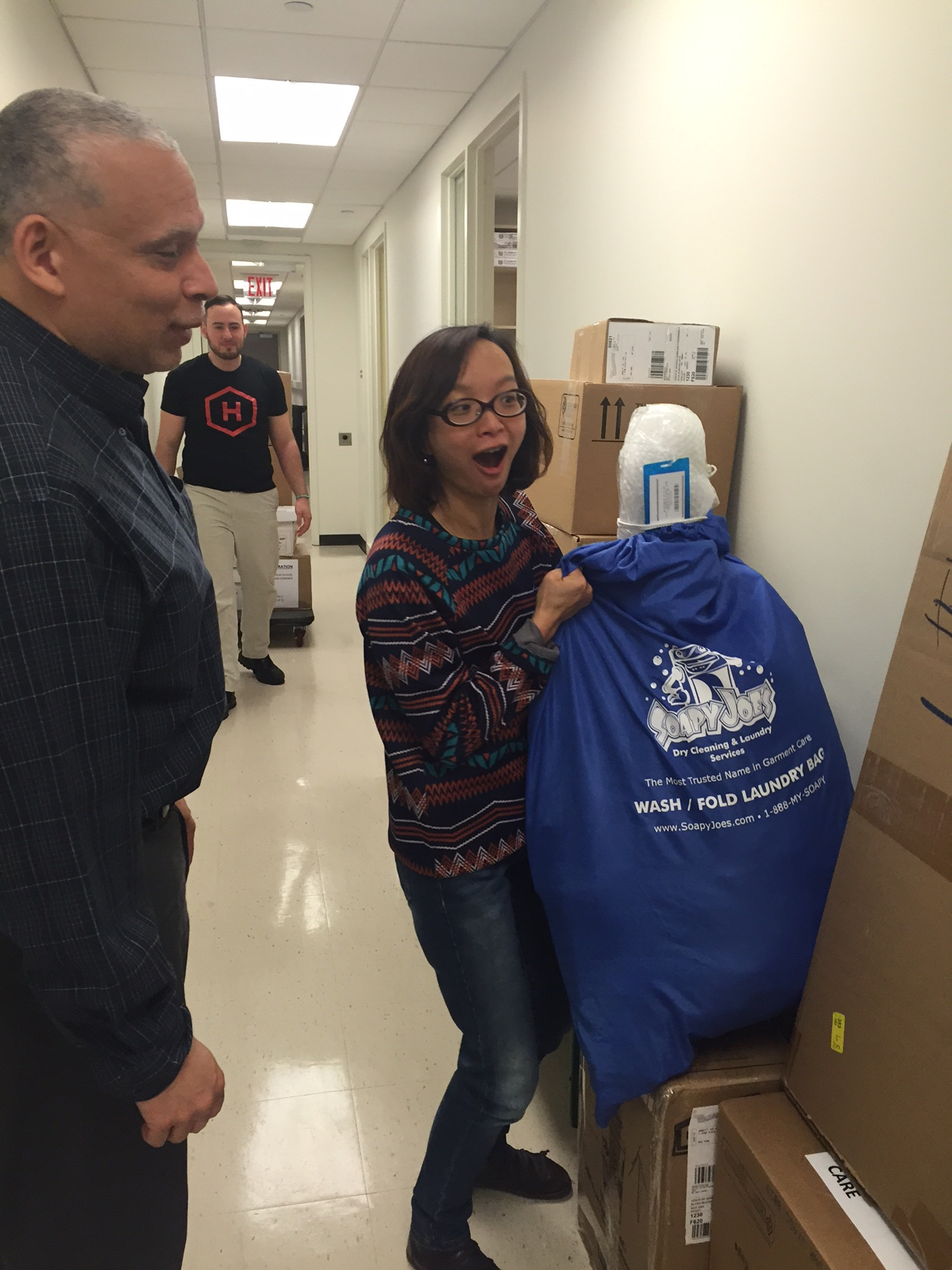 Together, with supervision from my dog, Della J. Beanz, we loaded a van in an homage to the human rights version of Jenga, then Johnny Gonzales, Senior Director of Events, and Aquib Yacoob, who supports both activism and Art for Amnesty, set off from Midtown Manhattan over bridges and through tunnels to complete the first leg of our journey to the Miami AGM. 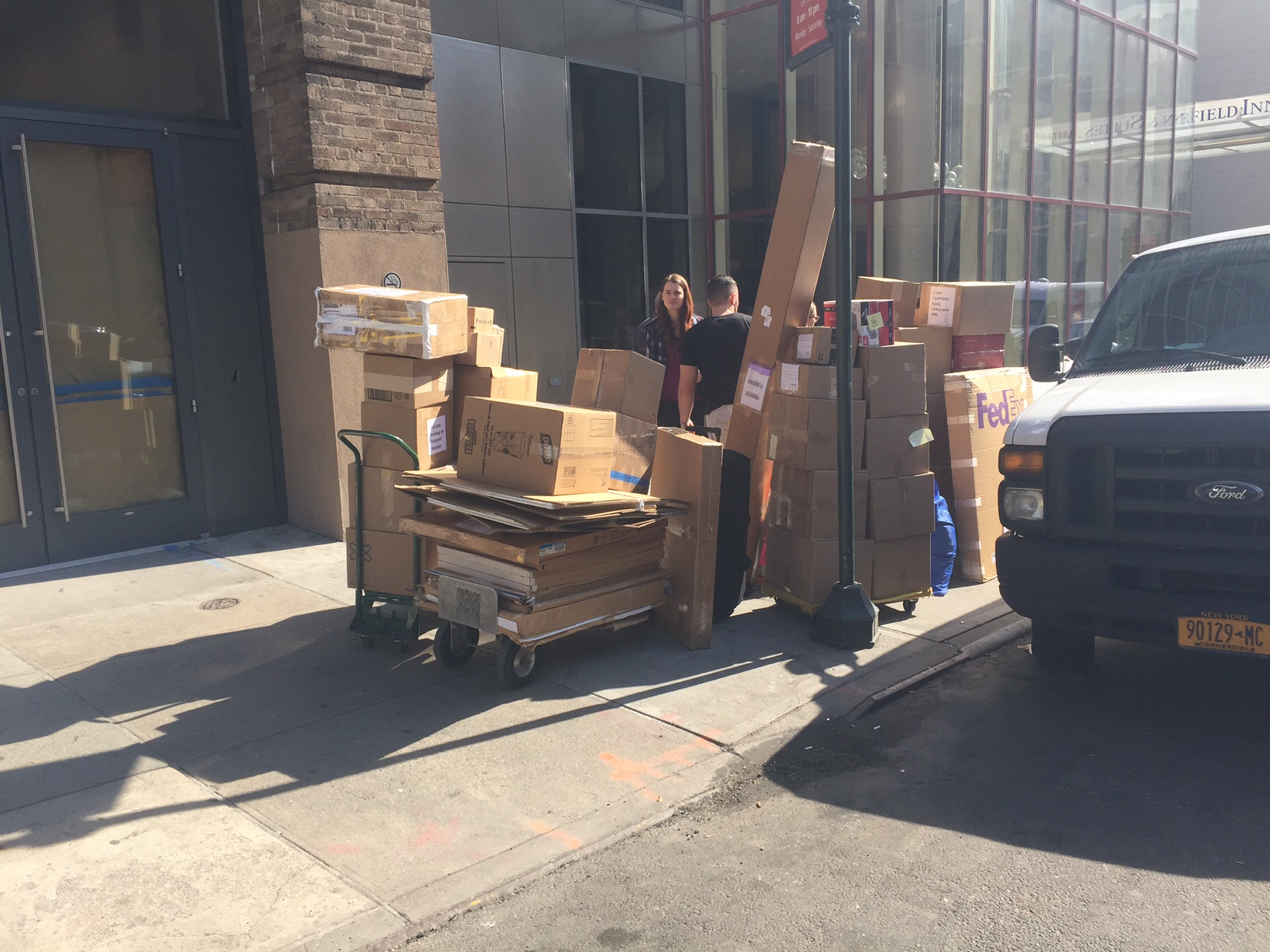 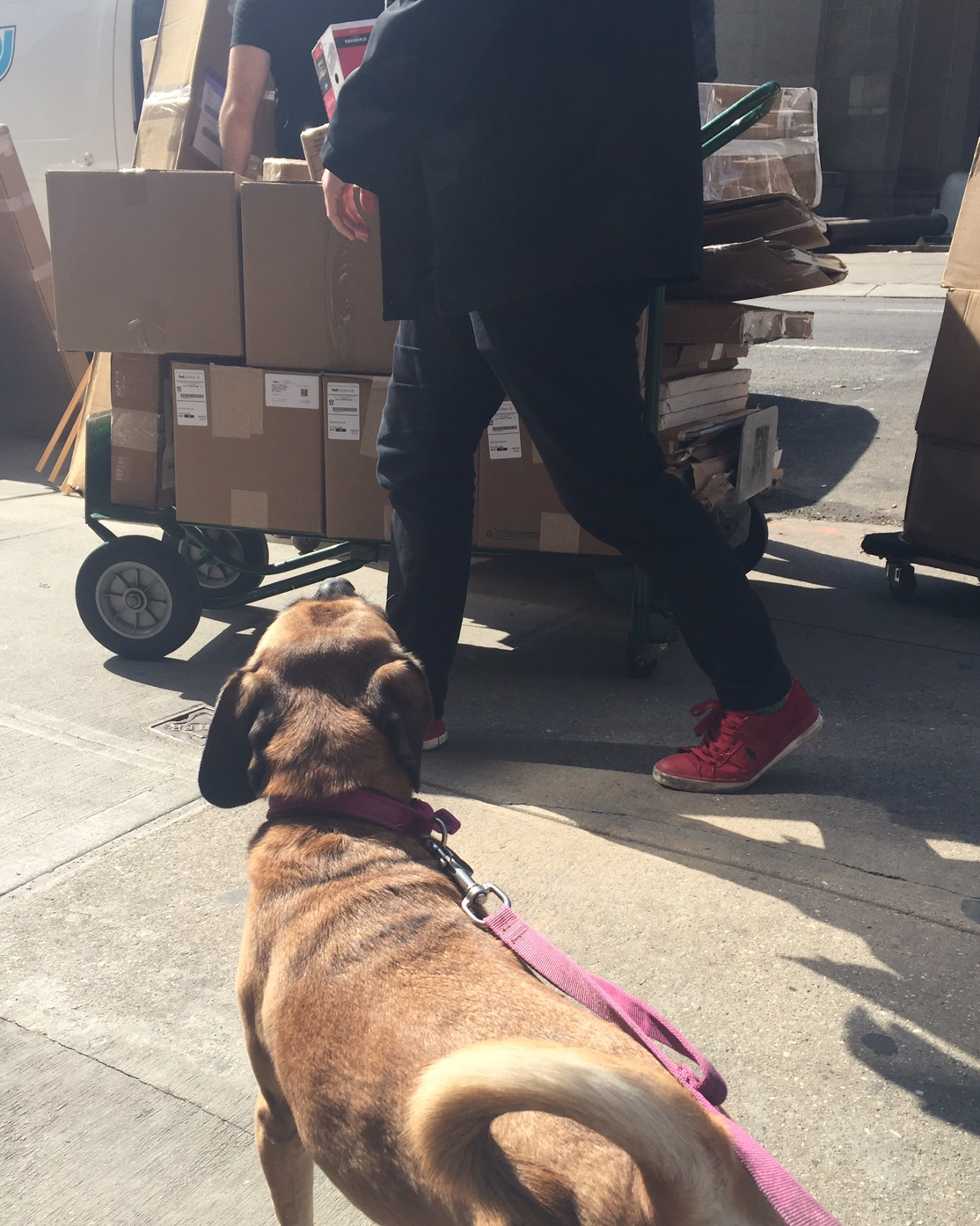 Our first leg was a short one, and led us to the house of longtime activist Kathleen Lucas, where we took a break, repacked the car, had some dinner, and blew off some steam.

We pulled into Washington, D.C., where we picked up some more materials—the van is so stuffed that we now need all three of us to close the doors! The extra materials are worth it—they are brochures and pamphlets to help folks get involved with Art for Amnesty. 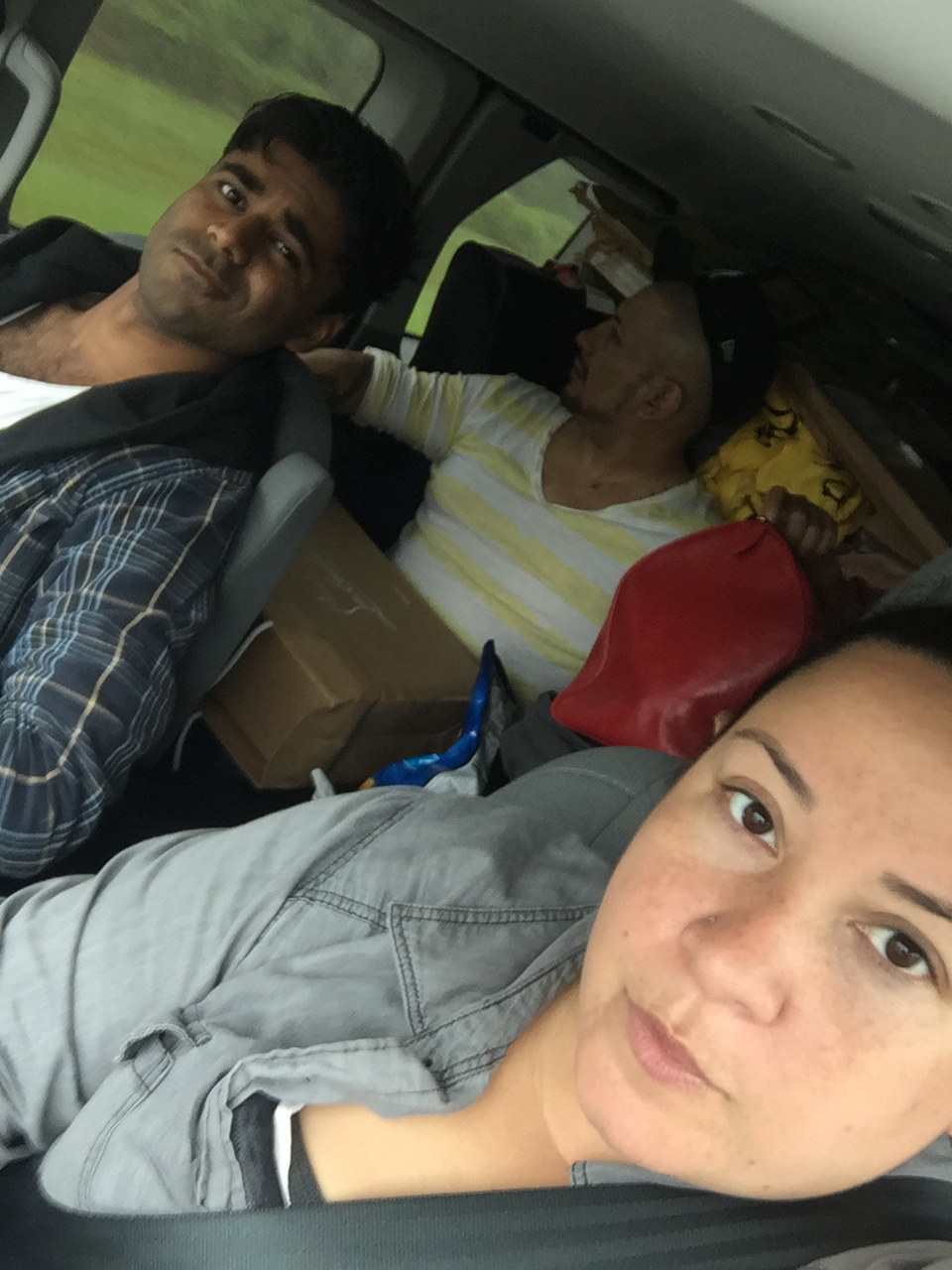 With creativity on our program (and in our packing!) we are looking forward to a bit of rest before the longest legs of our journey begin. More tomorrow!

March 25, 2016 – AGM Road Trip Playlist 2 The fatigue from yesterday’s manic packing and driving set in today, and we spent a long day at our Washington D.C. office, meeting with some of the field staff that are mobilizing for our AGM.

While Aquib met with Naureen Shaw, Director of Security with Human Rights, to plan out the “Stop Spying on Me” session at the AGM, I met with Pabitra Benjamin, a fellow University of Wisconsin alum and AIUSA field director, who introduced me to a drink called Aztec Hot Chocolate, which is a mix of chai and hot chocolate. The caffeine buzz from that propelled us through our five-hour drive to North Carolina, and through the work we did along the way. 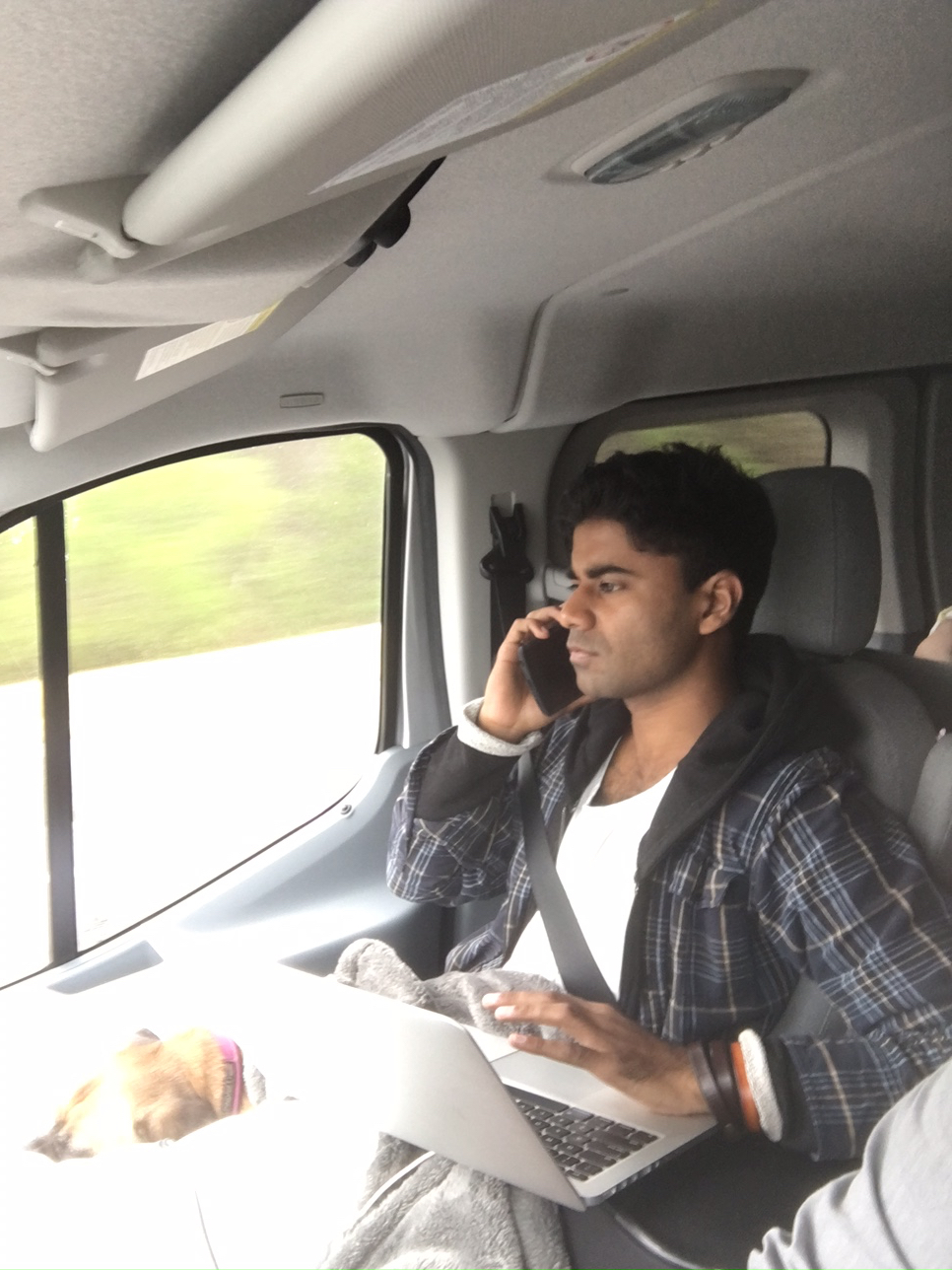 After learning that Gov. Pat McCrory this week signed House Bill 2, a law that has been widely condemned as “anti-LGBT”, overriding all local ordinances concerning wages, employment and public accommodations, we were apprehensive as we drove through North Carolina. As people who identify as queer people of color who fight for LGBT rights, the experience felt jagged. We wondered whether the LGBT-identified folks who live here are safe. We ended the night heavy with fatigue and deep in thought about justice.

March 26, 2016 – AGM Road Trip Playlist 3 While the team slept-in and de-stressed from the long drive the night before, I decided to take an early morning run to explore Durham. I was on a quest: fresh coffee and an LGBT pride flag for our sweet space-van.

After thirty minutes or so of getting hopelessly lost in what seemed like the great wilderness of North Carolina (relative, I did grow up in New York City) I found myself on the picturesque Duke University campus, where I got my morning caffeine fix at the Bryan Student Center and began on my second quest: the LGBT pride flag.

I stumbled into the Duke Center for Gender and Sexuality, but given the long holiday weekend they were closed for the day. Many thanks to a super friendly student worker, I learned my quest for a flag would be completed by a quick stop by the Durham LGBQ Center. 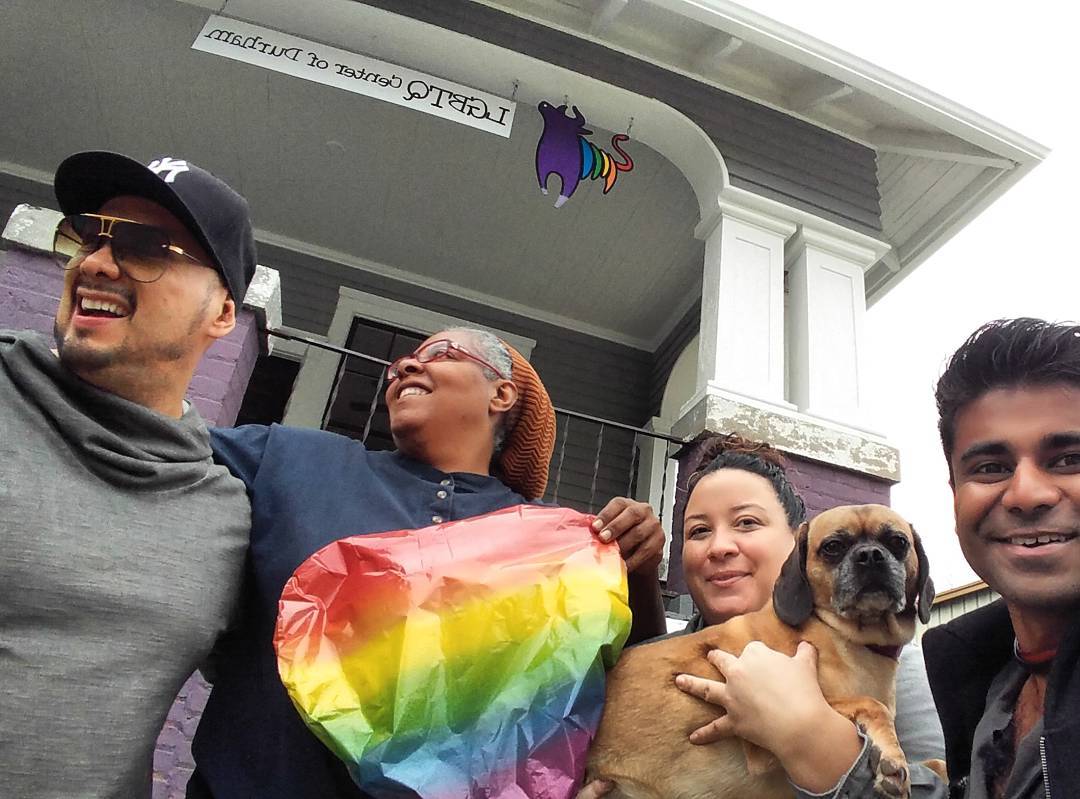 We have 12 hours ahead of us to Miami, and a long road towards full equality. We will keep driving.

6 thoughts on “The Road to the AGM”