Together with colleagues from WITNESS and The Guardian Project, we’ll be discussing “the current state of this struggle from both human rights practitioner and technologist perspectives, and learn what mobile technologies are needed to help tip the balance.” 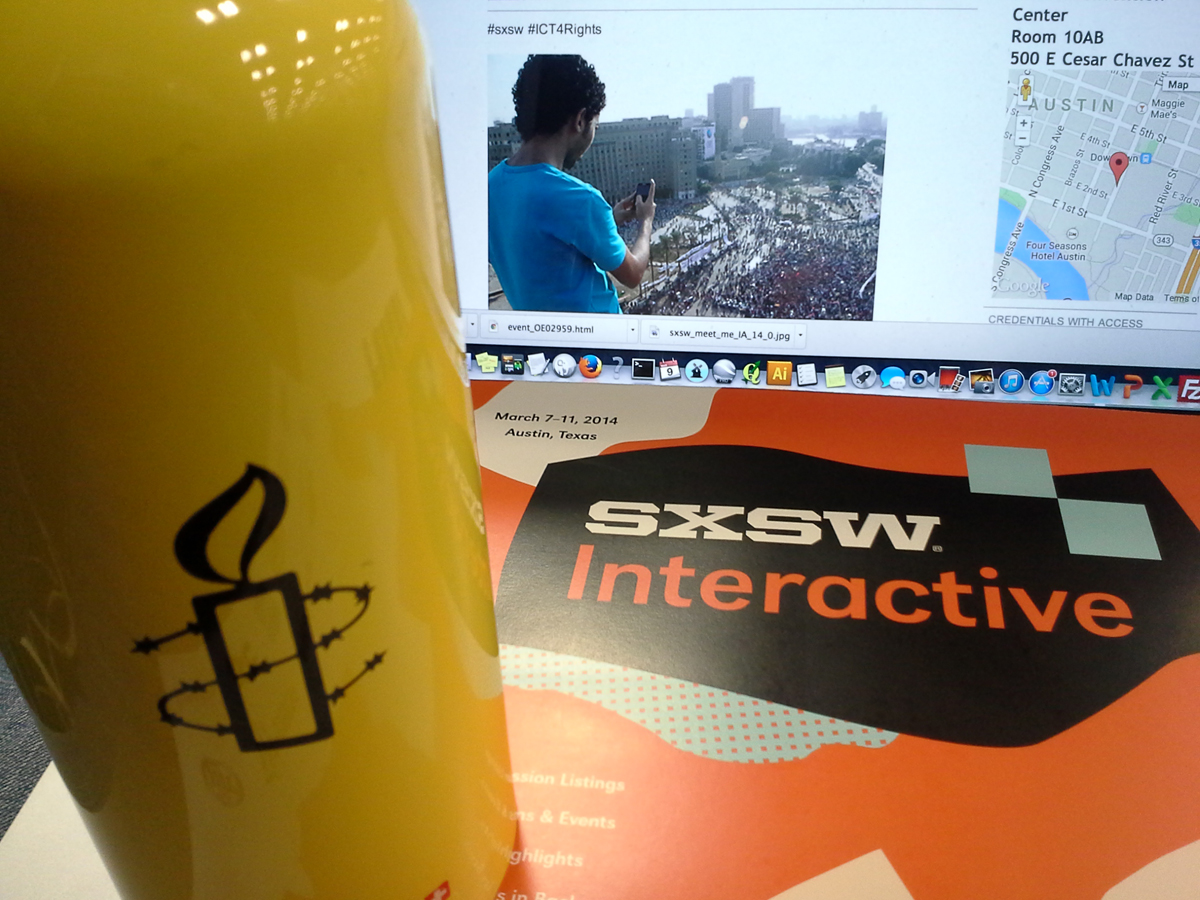 Learn about the “digital arms race” between activists and repressive governments at our SXSW panel (Photo Credit: Christoph Koettl).

This will include a discussion on how apps such as InformaCam, Panic Button or Hancel will increase the evidentiary value of citizen media or provide protection to frontline human rights defenders, respectively. It will also discuss how metadata collected through documentation apps will impact crisismapping or the synchronization of multi-perspective videos.

I’ll be tweeting from SXSW over the next few days, with a focus on emerging technological developments that might impact human rights monitoring (think Satellite Video….). You can follow #ICT4Rights or @ckoettl on Twitter for updates. If you happen to be in Austin as well, say hello at the panel, ping me on Twitter, or check out one of these other noteworthy talks (among many):

6 thoughts on “Tech and Human Rights at #SXSW”