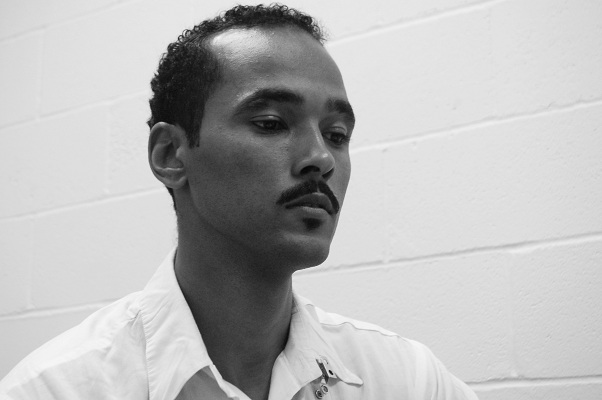 Will Missouri execute Reggie Clemons despite so many doubts?

Reggie Clemons has been on Missouri’s death row for about 20 years, and as the Sept. 17 date for his hearing with a Special Master approaches, more and more attention is being focused on his case.

Today, The Guardian launched a multimedia examination of the case, including an introductory overview piece, the following video, and a moving sidebar about the Julie and Robin Kerry, the two sisters who lost their lives plunging from the Chain of Rocks Bridge on April 5, 1991.
The Kerry sisters were strong believers in human rights and humanitarian causes (Julie was a member of Amnesty International), and they opposed racism. A poem Julie Kerry had written on the bridge, which they had gone to see the night they died, ended simply with “We’ve got II STOP Killing One Another.” Sadly, their vision of a world free of violence and racism was not reflected in the investigation and prosecutions that followed their deaths.

Police brutality, racial bias in jury selection, over-the-top prosecutorial behavior, and a relentless pursuit of the death penalty – that was how St. Louis authorities sought justice for the Kerry sisters.

When Reggie Clemons was arraigned, the judge sent him to the hospital because of his injured appearance following a bout of police interrogation. When he was sentenced to death, it was as an accomplice. The prosecution conceded that he neither killed the victims nor planned the crime. He was convicted on the basis of testimony of two witnesses (both white) – one who received a plea bargain, and the other who received a six figure police brutality settlement.

Reggie Clemons has consistently maintained his innocence, as did his two African-American co-defendants (one of whom has already been executed).

Finally, in 2009, Missouri’s hyper-aggressive approach in this case (and the propensity for that kind of approach to get things wrong) troubled the Missouri Supreme Court so much that it appointed the Special Master who has been re-investigating the case.

Can Missouri get it right this time? Urge Missouri Governor Jay Nixon to stop the execution.

17 thoughts on “Reggie Clemons: Death Row Inmate Getting Another Chance”