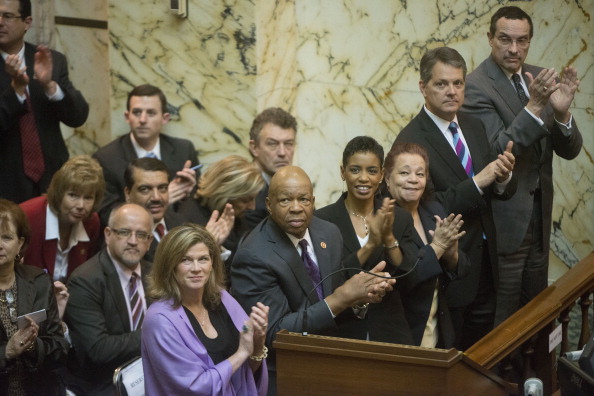 I was late to the party, but I won’t be leaving early. I joined Amnesty’s death penalty abolition team in May 2011, just as the Maryland repeal campaign was kicking into high gear. I stood on the shoulders of giants, helping finish the decades-long work of those who came before me.

I joined the movement because I felt strongly that the death penalty is dead wrong. I grew up in Texas, where for many, executions are as revered as football, a cause for celebration. That lack of respect for the dignity of the human person has stayed with me.

However, the more I learn about capital punishment, the more passionate I become. I now know that while abolishing the death penalty is our goal, it’s really the first step in reforming a criminal justice system that is arbitrary, racially skewed, costly, and fails to meet the needs of victims.

When we achieved victory in Maryland this year, I knew that my work was far from finished. As I navigate new challenges in the mid-Atlantic states, I am mindful that we still have a long way to go, but we can replicate our success, and we will.