As many victims attest, the anticipation of abuse can be as traumatizing in its own way as the abuse itself.

President Obama has not ended the use of torture by the United States – it is quite likely that he has only suspended it, which is why half-measures are simply not enough.

”
Hooding also hides the identity of the torturer from the tortured empowering the torturer  – or the guard on the midnight shift – to push the abuse as far as his or her imagination can take it without fear of repercussion.

The anonymity to transgress societal norms and taboos is one reason why abuse so often becomes sexual in nature.

Hooding, then, is a ‘gateway’ practice that enables greater abuse, the top of the slippery slope that ends in unimaginable pain, which is why it is banned by the European Court of Human Rights as amounting to cruel, inhuman and degrading treatment.

The court ruled against hooding – as well as the use of stress positions, white noise, sleep deprivation and dietary manipulation – in the landmark case Ireland v. United Kingdom after the British employed these techniques against IRA suspects in Northern Ireland in the early 1970s.

Yet hooding is still considered a legitimate practice by US forces in the field to this day. As, within certain parameters, are sleep deprivation and environmental management.

And if Sen. Kelly Ayotte (R-NH) gets her way the full disturbing panoply of enhanced interrogations techniques – including waterboarding – may well make a comeback after the next election.

That is why accountability matters, and that is why the Obama administration has failed the torture test. The President’s executive order banning coercive interrogation techniques only retains its force as long as he remains in the White House.

President Obama has not ended the use of torture by the United States – it is quite likely that he has only suspended it, which is why half-measures are simply not enough.

When laws are broken there must be appropriate consequences or the law quickly loses its force. Yet the team behind CIA black sites, Guantanamo Bay and Abu Ghraib continue to publish memoirs by the bargain bucket-load with impunity. 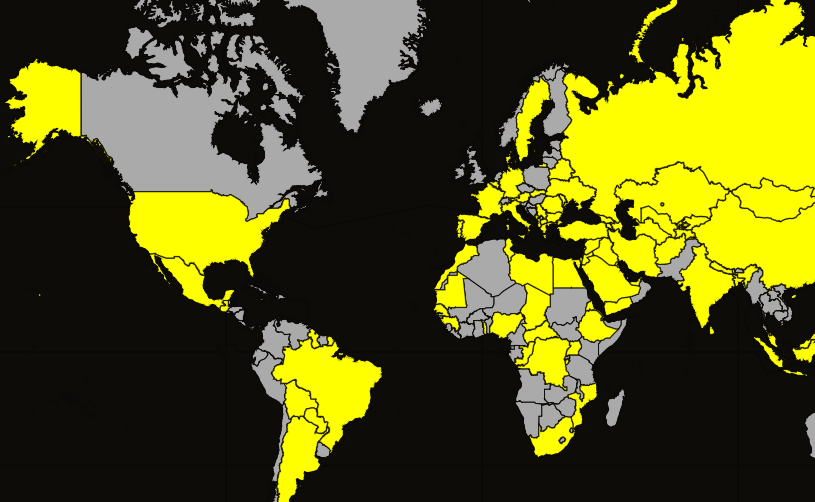 By clicking on any of the highlighted countries you can access material about the country in question’s complicity in torture drawn from Amnesty’s 2012 Annual Report on the state of the World’s Human Rights.

For anyone who loves this country, it is a tragedy to note that the United States is one of those highlighted countries. And it is going to remain so, as long as the abuses committed in our name continue to be brushed under the carpet.

We have not done enough over the past three years to change that. But World Torture Day is the perfect day to begin putting that right.

Take action to put pressure on the Senate Select Intelligence Committee to publish its report on the abuse of detainees in CIA custody.

And add your voice to those calling on President Obama to issue a public apology to Canadian national Maher Arar, an innocent man dispatched for torture in Syria by the Bush administration.

These are small steps but they are a start. This fight is not over. In fact, with the proponents of torture once more in the ascendant, it may just be beginning.

7 thoughts on “Nothing Justifies This”