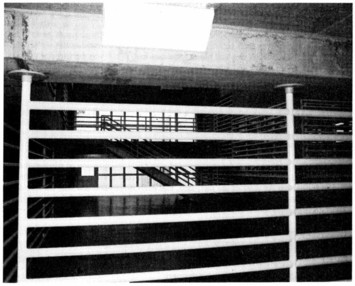 Marshall Gore is scheduled to be put to death in Florida on October 1. It is his fourth execution date this year. As arguments about his serious mental illness have come and gone, his execution has three times been moved back. According to Amnesty International’s Urgent Action on the case, a federal judge

…noted that there was a “reasonable basis” for asserting that Marshall Gore might be incompetent for execution, given the various “delusional” statements he had made. The judge noted that Marshall Gore had indicated a belief that his execution was set for his ‘death and organ harvesting/to be a human sacrifice or both,’ that his then execution date of June 24 added up to 6-6-6 and that “because of his virgin innocence of murder, he is a target of Satan Worshipers who have threatened that date by mail for years.”

The last time Florida Governor Rick Scott moved Gore’s execution date (from September 10 to October 1) it didn’t have anything to go with Gore’s legal case or the mental illness issues. It was to avoid a scheduling conflict with Florida’s Attorney General (AG), Pam Bondi, who was to attend a political fundraiser that evening. When information about this unseemly collision of politics and capital punishment was exposed this week, the AG felt it necessary to respond.

She expressed remorse – not for facilitating the execution of a possibly mentally ill man, but for delaying it. She then established her capital punishment bona fides, seemingly bragging:

I personally put two people on death row and, as Attorney General, have already participated in eight executions since I took office, a role I take very seriously.

This did not dispel the sense that politics is tainting Florida’s death penalty.

In fact, politics and the death penalty are inextricably intertwined. High-profile, big-news murder cases are usually handled by elected judges and elected prosecutors (and, in Florida, elected public defenders). Its sway is shrinking, but there is still a belief out there that having a role in furthering executions will impress potential voters and constituents.

Yet executions are irreversible, and the chances for error in capital cases are compounded when the death penalty gets mixed up in politics – another reason its abolition is imperative.

Repeated scheduling of execution dates adds another layer of cruelty to the whole sordid capital punishment process. But Marshall Gore’s execution date should be moved one last time – off the calendar completely.