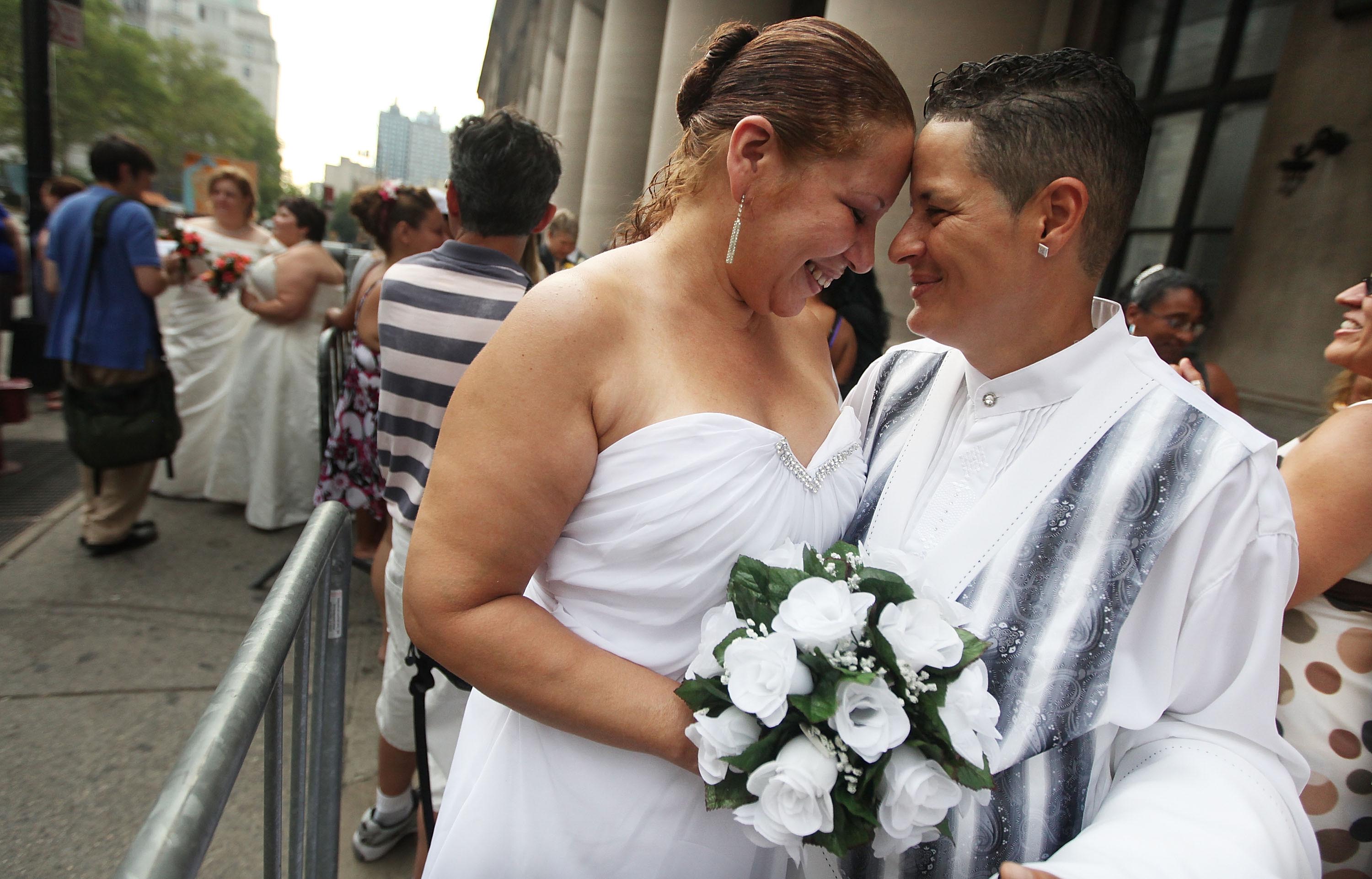 Marriage equality for LGBT people is a human right, and as such should not be left for states to 'decide the issue on their own.'

”
President Obama is the first sitting U.S. president to take a stand in favor of marriage equality, and to do so during an election year was a bold and principled act among several, including ending the U.S. military’s Don’t Ask Don’t Tell policy and the administration’s directive to advance the human rights of LGBT people internationally.

Yet we must remember that marriage equality for LGBT people is a human right, and as such should not be left for states to “decide the issue on their own,” as President Obama suggested today.

These policy debates have big real-life implications, ranging from additional logistical burdens that complicate the wedding-planning process to access to health care that could make the difference between life and death.

“My partner and I plan to get married next summer,” said Emilie Segal, a rancher in Laramie, Wyoming. Although the state recognizes civil unions people enter into in other states, Emilie and her partner will have to travel outside Wyoming to get married, and they cannot purchase a family health care policy. Furthermore, neither their civil union nor their impending marriage would be recognized by current federal law.

“It’s an issue of economic and social justice. A couple with resources can move to a gay-friendly state, but those without resources cannot. We shouldn’t have different rights and freedoms based on where we live or our economic status.”

It was moving to hear the president speak of how his daughters’ experiences had influenced his views on the issue—a sign that, in some parts of the country, at least, a sea change is underway. But LGBT people in Colorado, Florida, Nevada, Ohio, Virginia and Wisconsin—all states that have laws banning marriage for same-sex couples—should not be denied their human rights just because their state legislators have not had similar epiphanies.

Indeed, the rights of LGBT people on a range of issues, including marriage, hospital visitation, adoption, housing, and employment, vary wildly from state to state. Human rights are by nature inherent and universal—not regional—and we must continue our work to advance this understanding at all levels of government.