As we approach the first anniversary of the execution of Troy Davis, another man on death row urgently needs our help.  If Reggie Clemons’ hearing on September 17th goes poorly, then Missouri could join Georgia by executing a man convicted amid a great cloud of doubt.

Check out the shocking similarities and facts about the two cases below and then take action to stop the execution of Reggie Clemons. 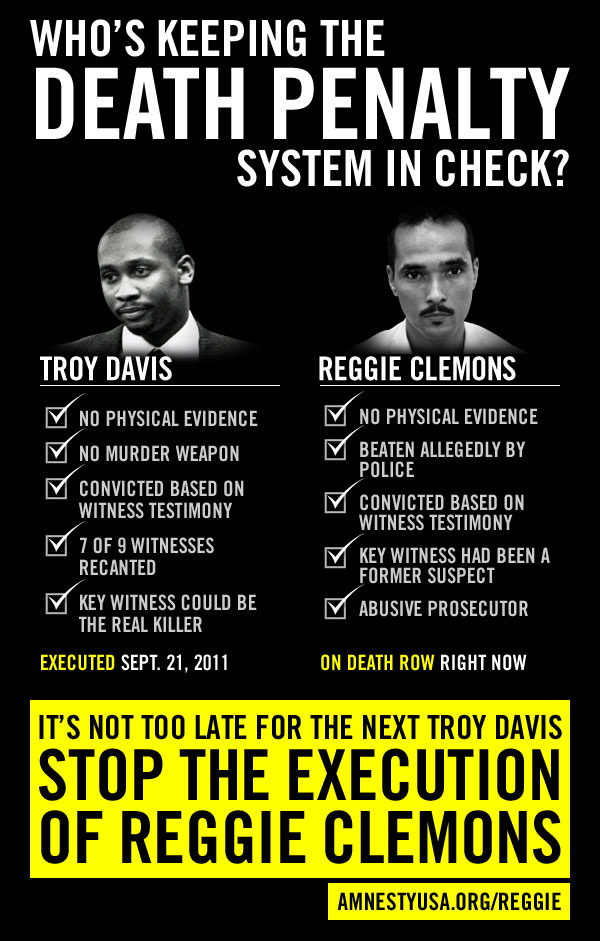 29 thoughts on “Is Reggie Clemons the Next Troy Davis? 10 Facts that Will Make Your Blood Boil”