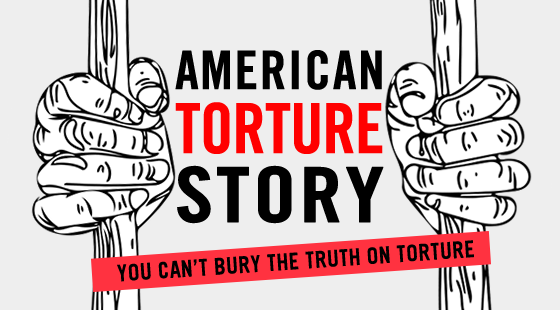 Sometimes the path to justice can feel daunting. What can you do to stop torture? What about when there has not even been a full investigation, let alone prosecution, for torture by US officials?

Today we have you covered.

It may be hard to get an appointment to meet with Justice Department officials in person, but that doesn’t mean that you can’t engage with them and put on the pressure to end impunity for those responsible for US torture.

This is why last week Amnesty International USA launched the American Torture Story campaign to get the Justice Department to commit to reading and reviewing the so-called Senate “torture report”. This report is a landmark document that should be read and disseminated.

If the Justice Department won’t read the report, we will read it to them!

.@TheJusticeDept If you won’t read the #torturereport we will read it to you #americantorturestory @amnesty pic.twitter.com/HsUhGgiowQ

Here’s what to do in 3 easy steps:

Step #1: Pick one of the short excerpts from below. It’ll take about 5-20 seconds to read.

Step #2: Film yourself reading it (Use the reverse / “selfie” function on your phone camera, or get a friend to record).

Read an excerpt of the Senate torture report to the Justice Department:

Want to do a short video? Here are 5-10 second report excerpts from which you can read one:

Got a little more time? For a longer video, read one of these 20-second report excerpts:

This social media campaign begins today and we could really use your support. Please take 3 minutes to join our social media video campaign to get the Justice Department to read the Senate torture report!

The Justice Department has an obligation to review any new evidence of human rights violations that the report contains, and reopen and expand its investigations into the CIA program. Let them know that we are watching –and reading—by sharing your video today!

Step 4 (bonus!): Tag three of your friends to call on them to take this “Read the Report” challenge!

16 thoughts on “If The Justice Department Won’t Read The “Torture Report,” You Can Read It To Them!”