“Angola was considered the bloodiest prison in America. There was slave-like labour – people worked 17 hours a day for two and a half cents an hour. There was a lot of raping going on – the prison guards sold the younger inmates [into sexual slavery].”

Robert Hillary King is describing Louisiana State Penitentiary, a massive former slave plantation known as Angola in the southern US state, where he spent 29 years alone in a cell.

Today, Robert is an energetic 72-year-old, dapper in a blue silk shirt, preparing to give a lecture about the US justice system at the University of Dundee, Scotland. Around his neck hangs a gold medallion from the West African country of Benin, decorated with three figurines. They might symbolize the Angola Three, of which Robert is one member.

He and two other young black men, Albert Woodfox and Herman Wallace, became known under this name after they rebelled against the prison’s vicious, racist regime in the early 1970s, and ended up spending a record total of over 100 years in solitary confinement.

“I do not have the words to convey the years of mental, emotional and physical torture I have endured,” Albert Woodfox has said.

Solitary confinement means being completely alone for around 23 hours a day, locked in a room no bigger than a parking space. “The lack of social interaction is incredibly damaging,” explains Amnesty’s USA campaigner, Tessa Murphy, who has focused on the case since 2006.

“You experience things like insomnia, hallucinations, intrusive thoughts and severe paranoia. Suicide rates are disproportionally higher for people held in isolation. After just a few weeks your eyes can’t adjust to anything far away.” 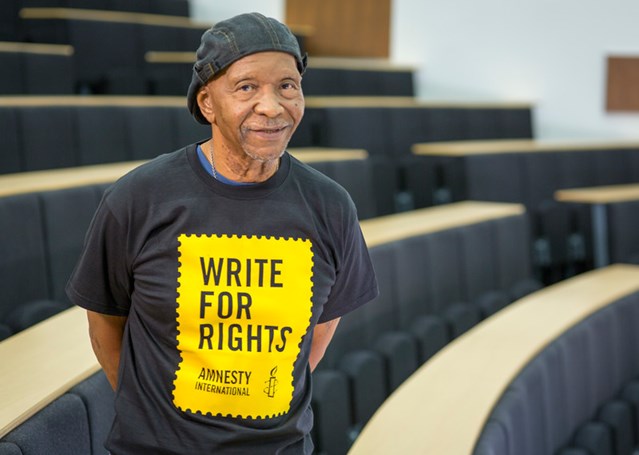 Despite the UN calling it a form of torture, solitary – or Closed Cell Restriction (CCR) in Louisiana prison jargon – is still used widely in the USA.

Robert, convicted of a robbery he has always denied, thinks a newfound political consciousness gave the three men the mental strength to survive the cruelty and degradation.

“When they sent me to solitary, I had come to see America as one big prison. I saw myself as being plucked from minimum custody in society to maximum security in prison. I think Herman and Albert felt the same way, that no matter where you are, you still have to struggle. It was a system that needed to be fought.”

“Being politicized gave me buoyancy, a sense of purpose and the courage of my convictions. I was in prison, but prison wasn’t in me.” 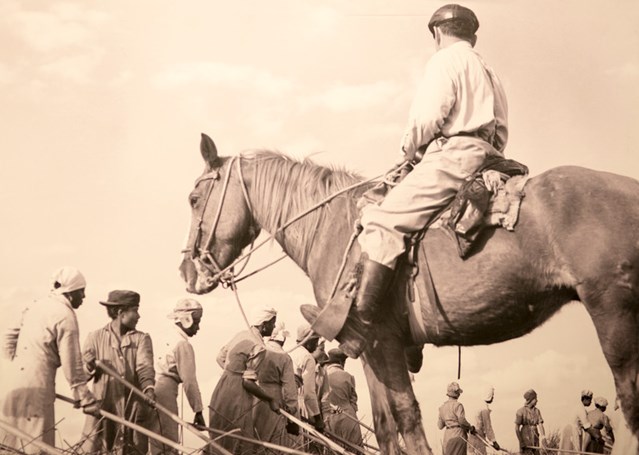 Mainly black prisoners work the land at Louisiana State Penitentiary under the watchful eye of white guards. The prison, also known as Angola, is a former slave plantation covering 18,000 acres – a space bigger than the island of Manhattan.

The three men were all born into deep poverty in the 1940s racially segregated American south. Robert describes regular, blanket round-ups of local black men by the New Orleans police, and being sent to prison for crimes pinned on him by “witnesses” who had been bribed, threatened or beaten. “I had begun to think that the system was rotten,” he says.

The radical black rights movement, the Black Panther Party (BPP), became a lightning rod for their frustrations:  “Albert became a full-fledged BPP member when he escaped from prison and went to New York,” says Robert. “It was the first time he had seen black men standing tall, being proud of who they were.” 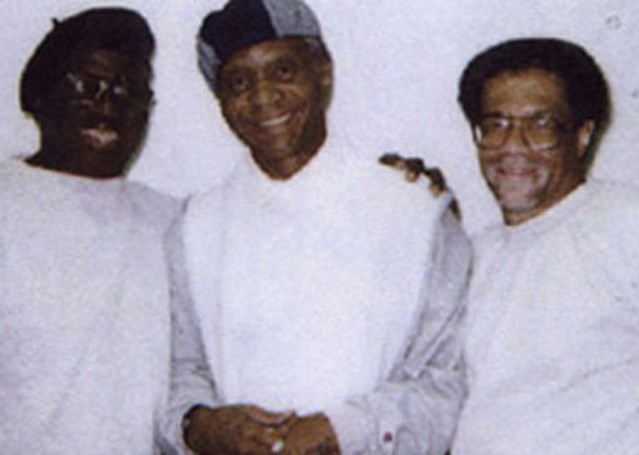 Herman and Albert, sent to Angola for armed robbery, started holding political education classes in the prison kitchen or yard, advocating for prisoners’ rights to better conditions and an end to the rape culture. “Bringing the BPP ideology into prison was a pretty audacious thing to do,” says Robert.

“It was incredibly threatening for the prison authorities,” Tessa adds. “The men were very effective activists and became easy targets.”

A campaign of vengeance

Soon after, in 1972, Albert and Herman were convicted of murdering a prison guard, Brent Miller. They have always maintained their innocence, a claim supported even by the victim’s widow, Teenie. Albert believes their conviction was a reaction to their politics.

There was no physical evidence linking them to the crime, and their conviction relied mainly on the dubious testimony of another prisoner, who received a pardon in return. Nevertheless, he and Herman would spend the next four decades alone in their cells.

When Robert was sent to Angola, he was placed in solitary next to Albert: “We began to speak out – trying to implement changes by engaging in hunger strikes, and being very, very disruptive. Only a squeaky wheel gets the grease.”

Although the legal process was so flawed that Albert’s convictions were overturned three times, his freedom has been blocked at every turn by the Louisiana authorities.

Robert was released in 2001 and has campaigned relentlessly for his friends’ freedom ever since. Finally, after 41 years in solitary, Herman was released in October 2013. Tragically, he died of cancer just days later.

In June 2015, a judge ordered Albert’s immediate release, only for his cell door to be immediately slammed shut when the authorities appealed the decision. Louisiana’s Attorney General, James “Buddy” Caldwell, is now only person standing in the way of Albert’s freedom, having waged a personal campaign of vengeance against him.

“Buddy Caldwell wishes that Albert will do what Herman did,” says Robert: “Go away and die.” 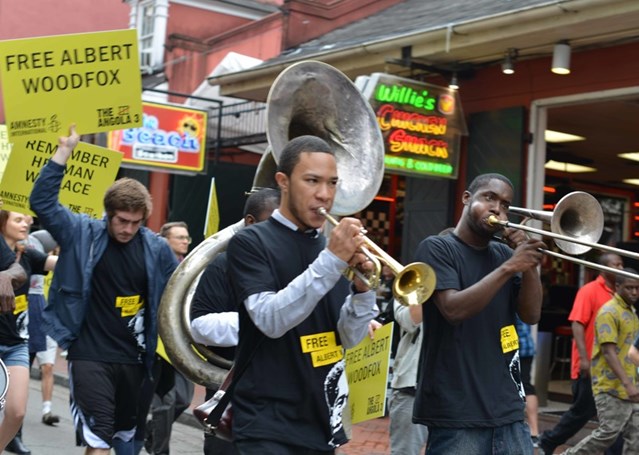 Family, friends and activists march in New Orleans to demand Albert Woodfox’s freedom and in memory of Herman Wallace, who died just days after being released from prison, October 2013.

But Albert and his supporters refuse to be silenced. This December, through Amnesty’s global Write for Rights letter-writing campaign, thousands worldwide will call for his freedom.

“Albert is elated that he is getting this support,” says Robert. “It means the authorities know that Albert and his supporters aren’t going away. They have tried to quell and quash this, and every time they try, it just gets bigger.

“And I am sure he feels that this goes beyond him. Because what about the thousands who are also in solitary? The focus is much broader. We’re just the tip of the iceberg.”

Now aged 68 and in poor health, Albert is still in isolation, but no longer in Angola. He can receive visits for two hours a week and make phone calls. Robert speaks to him regularly, and will visit him again once he returns to the US: “We talk about the case. That’s the focus, to see Albert released. He feels hopeful.

“I think he will be able to cope outside prison,” Robert adds. “Lots of people want to give him the opportunity to travel. And if he just wants to lay back and relax, he can come to my place. He is welcome in a lot of places.

“Albert says: ‘they will never be able to break my spirit’. Even though his body is broken now to some degree, he still has that spirit. What more can they do to him now? He’s been locked up for nearly 50 years. I felt the same way – what else can they do to me, except send me off the planet?”

Sign up for this year’s Write for Rights campaign and take action NOW by demanding Albert’s immediate release.

JOIN US in New Orleans for our Art for Rights event on Saturday, December 12th, where we will be highlighting Albert’s story, and the stories of 11 other international cases, through art and creative installations.

13 thoughts on “How has Albert Woodfox Survived 40 Years in Solitary Confinement?”