On January 11, 2016, the detention camp at Guantánamo Bay will enter its fifteenth year of existence. The “forever prison” is perhaps the most infamous icon of the human rights abuses resulting from the global war on terror. Instead of justice for the September 11 attacks, Guantánamo has given the world torture, indefinite detention and unfair trials.

President Obama has promised to close it: first as a senator and presidential candidate in November 2007, then again as the newly-sworn-in president in January 2009, again in speeches and interviews every year throughout his presidency, and yet again in a press conference just weeks ago. But these promises aren’t enough. If the Obama administration truly intends to shutter the detention camp, time is running out. There is only one year left in his presidency, and if Guantánamo is not closed, it will be handed off to a third U.S. president, and perhaps more after that.

President Obama knows was it at stake. In May 2013, he said:

“But history will cast a harsh judgment on this aspect of our fight against terrorism and those of us who failed to end it. Imagine a future – 10 years from now or 20 years from now – when the United States of America is still holding people who have been charged with no crime on a piece of land that is not part of our country.”

Here are five men waiting for President Obama to fulfill his promises.

Toffiq al-Bihani is a 43-year-old Yemeni national who has been held at Guantánamo Bay since early 2003 without being charged with a crime. He was captured outside of any active conflict zone in late 2001 or early 2002 and turned over to U.S. personnel in Afghanistan in March 2002.

His first interrogation in Afghanistan, in his own words:

“I was handcuffed behind and they put a hood on my head so that I could not see anything. When I entered the interrogation room, the American guards pushed me down to the ground in a very savage manner. They started to cut my clothing with scissors. They undressed me completely and I was nude. They made me sit on a chair and it was very cold. I was also afraid and terrorized because the guards were aiming their weapons towards me. The interrogator put his personal gun on my forehead threatening to kill me.” 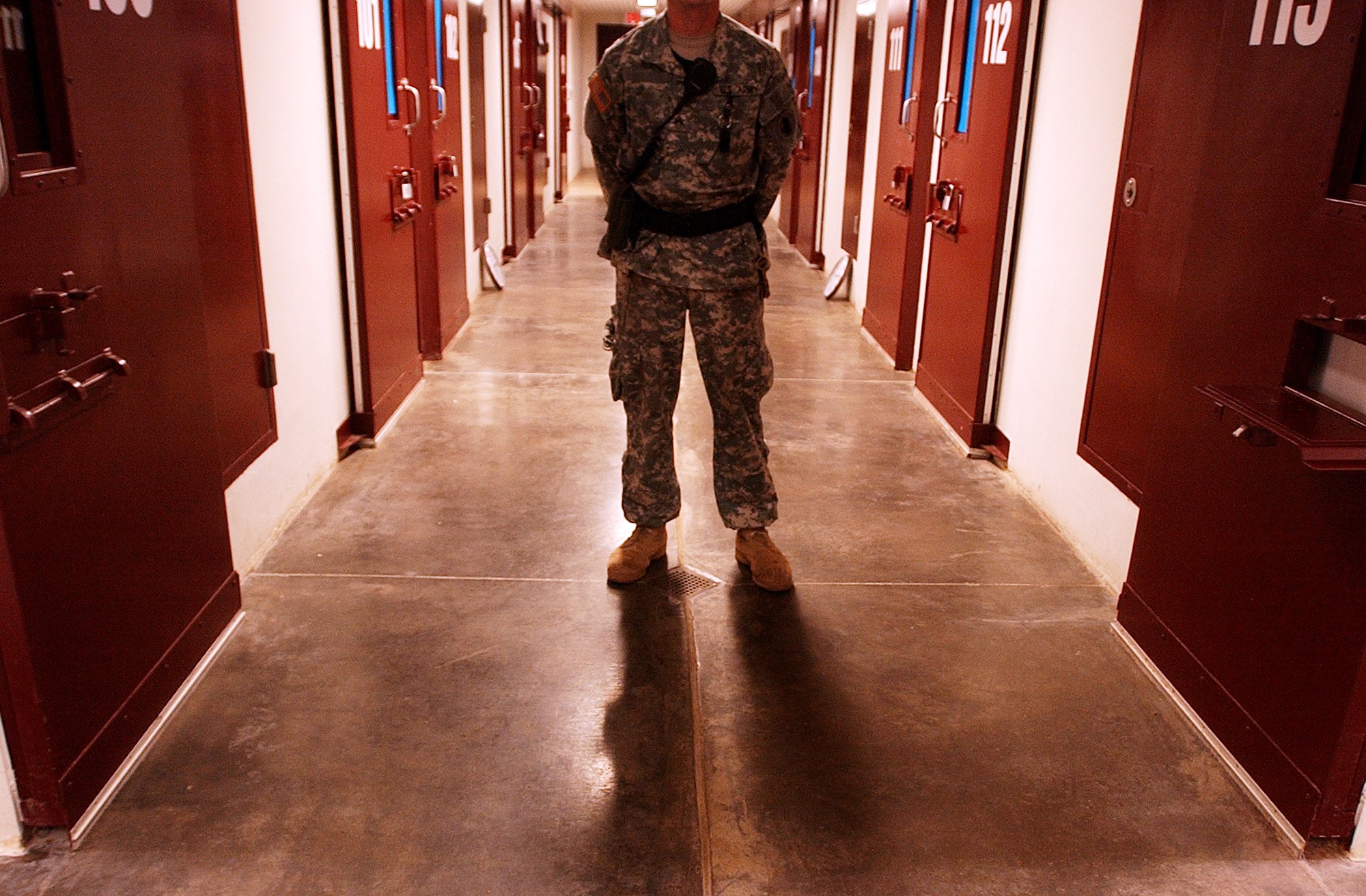 For several weeks, he was held at the CIA Detention Site COBALT, where, according to the executive summary of the Senate Intelligence Committee report on the CIA torture program published in December 2014, he was subjected to torture. He was then briefly held in U.S. military custody in Bagram before being transferred to Guantánamo in early 2003.

In January 2010, a joint task force consisting of representatives of the Departments of Justice, Defense, State, and Homeland Security, as well as the Office of the Director of National Intelligence and the Joint Chiefs of Staff cleared him for transfer, finding his transfer would be consistent with U.S. national security. He is still waiting in Guantánamo, six years later.

Tariq Ba Odah was transferred from Pakistan to US custody in Afghanistan in late December 2001 and from there taken to Guantánamo in February 2002. In those nearly 14 years he has never been charged. It is nearly six years since the Guantánamo Review Task Force said that he would remain in “conditional detention” until an improvement in the security situation in Yemen or a “third country resettlement option becomes available.”

The health of this Yemeni national is in a perilous state. He has been on hunger strike since 2007 in protest at his indefinite detention without charge or trial. His body weight is currently at around 56 per cent of its ideal and has been for several months. In a brief filed in federal court in June 2015, his lawyers assert that “he is visibly suffering from the devastating effects of severe malnutrition and is at serious risk of permanent and neurological impairment and death.” The brief seeks a judicial order requiring the government to “take every necessary and appropriate step to facilitate his immediate release from Guantánamo.” 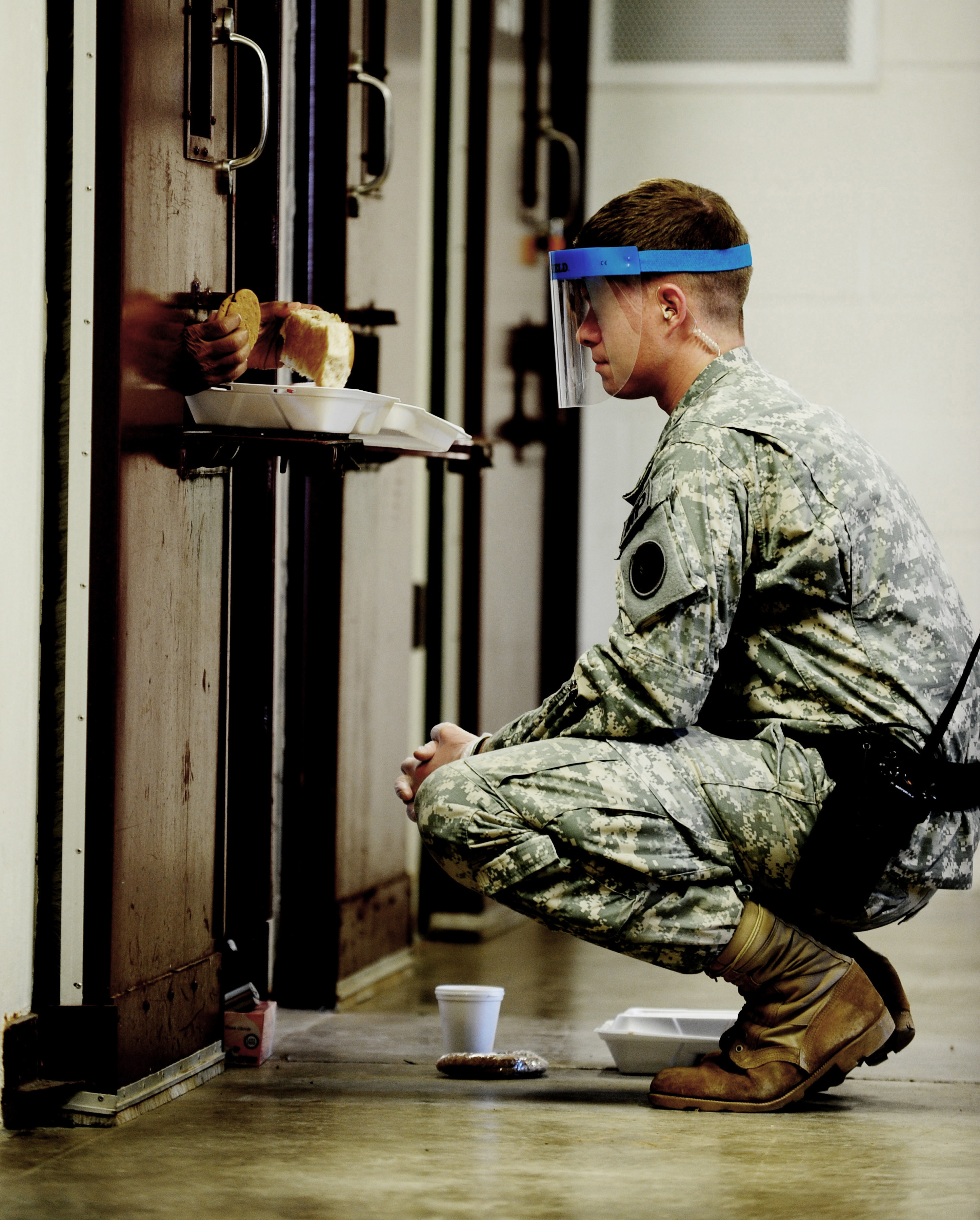 This gave the Obama administration an opportunity to do the right thing — to not oppose the habeas corpus petition and to expedite Tariq Ba Odah’s release from the base on urgent medical grounds. It declined to do so. On August 14, 2015, the US Department of Justice filed its opposition to the petition. Its contents are not public as the administration filed its response under seal. Suffice it so say, the Department looks set to fight having the judge order release of this man.

The Obama administration says it is committed to resolving the Guantánamo detentions as soon as possible and to closing the facility. Its decision to oppose Tariq Ba Odah’s habeas corpus petition says otherwise.

On November 20, 2001, Mohamedou Ould Slahi was asked by security officials in his home city of Nouakchott, Mauritania, to come to the Intelligence Bureau, which he did. He has been in detention without charge or trial ever since.

In his own words:

“Thus, on November 20, 2001, I was sent to Jordan. I was imprisoned and interrogated there for eight months… During the eight months I spent in Jordan, I was always in isolation. The prison was horrible… I was never allowed to see the representatives of the International Committee of the Red Cross (ICRC), who were visiting the prison every two weeks…”

On July 19, 2002, Mohamedou Slahi was transferred to Bagram, where he has said he was subjected to ill- treatment and threats of torture. On August 5, 2002, he was transferred to Guantánamo where he was held as an “enemy combatant” and subjected to ill-treatment. Last year, Mr. Slahi published a book about his experiences. Mr. Slahi is still in Guantánamo today, waiting in limbo after more than 13 years of detention.

Majid Khan is a Pakistani national who suffered enforced disappearance at the hands of Pakistani and U.S. authorities in March 2003 during a raid on his family’s home. He was subjected to secret detention for more than three years, during which time his relatives were denied any news about his whereabouts or health. Khan was transferred to Guantánamo Bay in September 2006 along with 13 other supposed “high value” detainees after President Bush’s formal acknowledgement of the CIA’s torture program.

Khan suffered a wide array of torture methods. He was subjected to sleep deprivation, likely long periods of solitary confinement, and forced rectal feedings and rehydration. On multiple occasions, Khan attempted suicide by trying to cut his wrists or other sensitive areas. 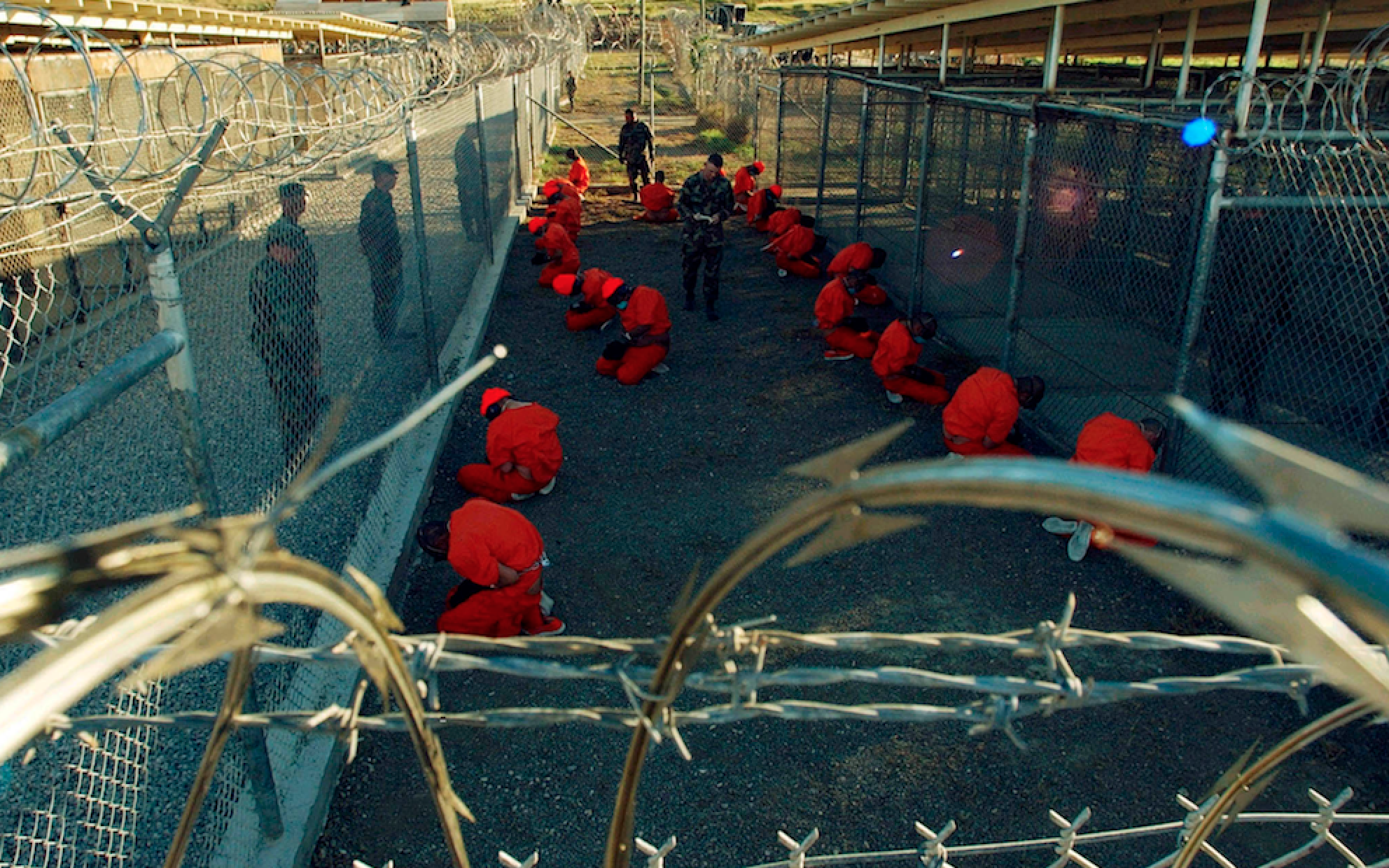 Detainees in orange jumpsuits sit in a holding area under the watchful eyes of Military Police at Camp X-Ray at Naval Base Guantanamo Bay, Cuba, during in-processing to the temporary detention facility on January 11, 2002. REUTERS/DoD/Shane T. McCoy

Although the CIA believes Majid Khan “fabricated a lot of his early [CIA] interrogation reporting to stop… what he called ‘torture’” and provided “everything they wanted to hear to get out of the situation,” the U.S. government in February 2012 charged Majid Khan under the Military Commissions Act of 2009. Majid Khan agreed to cooperate with the U.S. government, and took a plea bargain in 2012. Under the terms of that pre-trial agreement, Majid Khan has been convicted as charged, and is scheduled to be sentenced in February 2016. The nineteen-year sentence will start from the date of his guilty plea. But even after Majid Khan serves this time, the government reserves the right to return him to indefinite “law of war” detention.

The military commissions do not comport with international fair trial standards, and there has been no accountability for the torture that Majid Khan suffered.

Yemeni national Mahmud al-Mujahid arrived on the first day the prison camp opened – January 11, 2002 – and is still there today. He has been in Guantánamo for fourteen years, every day that the detention camp has existed. For fourteen years, he has been held without charge or trial. 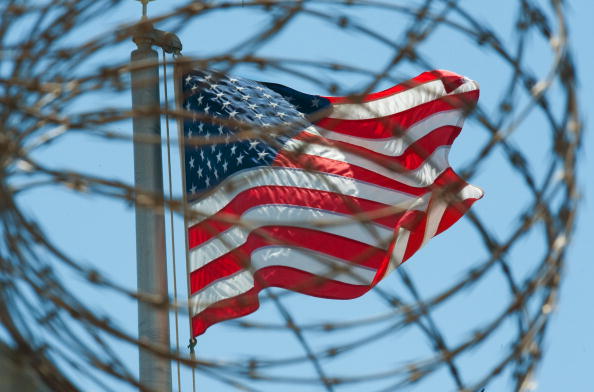 Mahmud al-Mujahid was approved for transfer, as the national security agencies determined that his “continued law of war detention” was “no longer necessary.” But when he might leave the base is anyone’s guess. He joins dozens of other detainees “approved for transfer” who still remain behind bars.

These are just five stories. Currently, there are 104 men in Guantnamo. Ten are in the military commission process, 47 have been cleared for transfer, and 49 are awaiting clearance. Each individual should be released if they are not to be charged and fairly tried. There must be accountability for the torture that many have suffered. President Obama has one year left in his presidency to accomplish these goals, and time is running out. On Monday, January 11, the global petition will launch. Sign it to tell President Obama to get the job done before he leaves office.

15 thoughts on “Guantánamo is entering its fifteenth year. Here are 5 people waiting for President Obama to keep his promise to close it.”