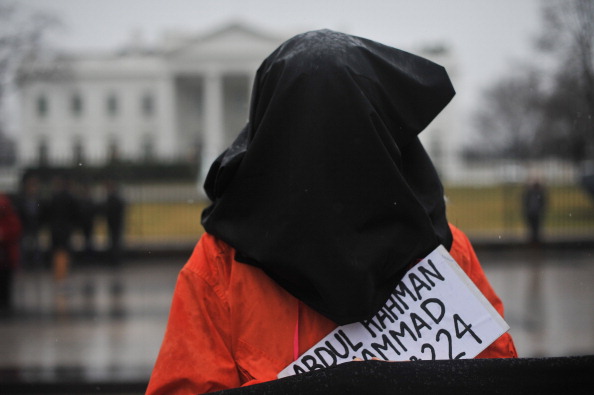 A protester calling for the closing of Guantanamo in front of the White House in Washington on January 11, 2014 to mark the 12th anniversary of the arrival of the first detainees. Today, January 22, 2014, marks the 5th anniversary after President Obama signed an executive order to close the facility (Photo Credit: Nicholas Kamm/AFP/Getty Images).

A week, it has been said, is a long time in politics.

It is even longer for someone imprisoned thousands of miles from home with no indication of when, if ever, he will be released or brought to trial.

And if a week is a long time, what about five years?

Five years ago, President Obama ordered the U.S. detention facility at Guantanamo Bay closed “no later” than January 22, 2010. It had taken only a matter of days to open – surely it would be a relatively straightforward matter to shut it down.

Something was missing, however. Human rights principles formed no part of President Obama’s order. The USA had jettisoned such standards in the name of a “global war on terror,” a concept which the Obama administration adopted in all but name. 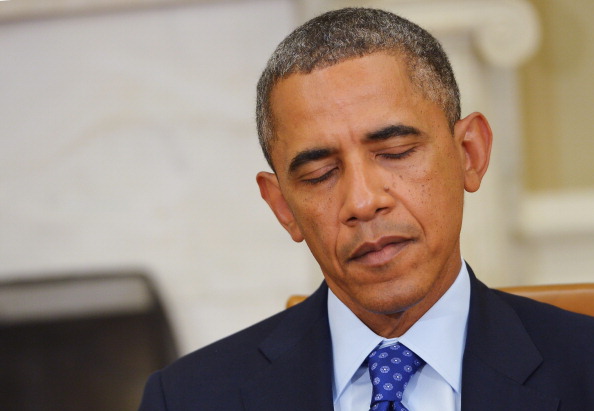 President Barack Obama pauses as he speaks during a meeting with Yemen’s President Abdrabuh on August 1, 2013. The meeting took place against a backdrop of drone strikes and the unresolved fate of Yemeni prisoners at Guantanamo (Photo Credit: Mandel Ngan/AFP/Getty Images).

The Guantanamo detention facility rapidly became a political football and any sense of urgency for its closure seemed to dissipate along with the political will needed to see the task through. Only a mass hunger strike among detainees in 2013 put the issue back on the agenda. A flurry of detainee transfers last month and an easing of congressional blocking have given some cause for guarded optimism, although more than 150 men remain incarcerated at the base.

Of course, it is not just five years that detainees have been incarcerated at Guantanamo, but a dozen.

Yemeni national Mahmud al-Mujahid arrived on the first day the prison camp opened – January 11, 2002 – and is still there today. For 627 weeks, he has been held without charge or trial. Earlier this month the executive ruled that his “continued law of war detention” was “no longer necessary.” But when he might leave the base is anyone’s guess. He joins dozens of other detainees “approved for transfer” who still remain behind bars.

“
”
Even the centuries-old essence of habeas corpus, whereby a detainee is brought promptly before a judge who can order immediate release if the detention is unlawful, has been distorted at Guantanamo. In 2008, six-and-a-half years after the detentions began, the U.S. Supreme Court ruled that the Guantánamo detainees were entitled to a “prompt” hearing on the lawfulness of their detention.

In the Alice in Wonderland world of Guantanamo, however, “prompt” can mean years of delay, and a judicial ruling of unlawful detention may not mean immediate release.

Last month, three Chinese ethnic Uighur detainees were transferred to Slovakia, more than five years after a judge had ruled their detention illegal. The USA has refused to countenance the release of any detainee into the U.S. mainland; instead it expects other countries to do what it refuses to – take those who cannot be repatriated.

In 12 years, only one detainee has been transferred to the USA for trial in ordinary federal court. When the U.S. Attorney General announced in 2009 that five more detainees would be transferred to New York for prosecution in federal court, the domestic politics of fear kicked in again and the administration backed down. Now the detainees face trial – and the possibility of the death penalty – under a military commission system that does not comply with international fair trial standards.

Meanwhile, U.S. perpetrators of crimes under international law such as torture and enforced disappearance committed against former and current Guantanamo detainees enjoy impunity. This festering injustice leaves the USA in serious violation of its international human rights obligations on truth, accountability and remedy. It can and should act immediately to begin to put this right. 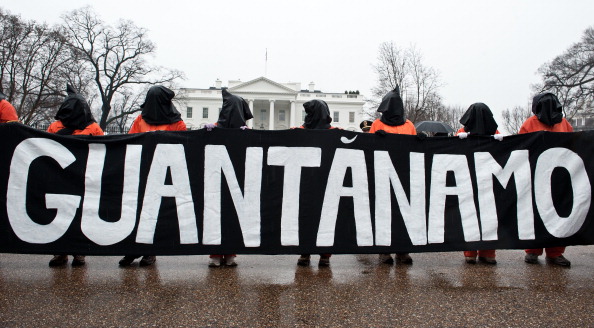 Some 155 people are still held at Guantanamo, more than half of them Yemenis (Photo Credit: Nicholas Kamm/AFP/Getty Images).

While the Obama administration failed to inject human rights into Guantanamo from the outset, it has taken to blaming Congress for blocking the presidential order to close it. This is not something that the USA does when condemning human rights violations in other countries.

In a few weeks, the USA will appear in Geneva before the United Nations Human Rights Committee, the expert body established under the International Covenant on Civil and Political Rights (ICCPR) to oversee compliance with that treaty, which the USA ratified in 1992. The ICCPR, among other things, prohibits arbitrary detention and torture and other cruel, inhuman or degrading treatment; it guarantees the right to a fair trial and to a prompt determination of lawfulness of detention, and the right to redress for human rights violations. The Guantanamo detentions have ridden roughshod over such principles.

Four years ago, the State Department legal advisor said that the Obama administration’s relationship to international law would be one that applied “universal standards, not double standards.”

Each year that the Guantanamo detentions have been in operation, the State Department has continued to measure the human rights record of other countries against the ICCPR and other international instruments. The USA has yet to apply these standards to its Guantanamo detention regime.

If it did, it would abandon military commission trials in favor of fair trials in ordinary civilian courts, and release those detainees whom it has no intention of prosecuting. If repatriation is not possible then it should take them into the USA or any safe alternative. If it respected human rights, it would not place any conditions on transfers of detainees that would, if imposed by the receiving government, violate international human rights law and standards.

A week may be a long time in politics. Every day that the Guantanamo prison camp stays open is a day too long and an affront to the rule of law and human rights.

Tell President Obama and Congress that you support closing the Guantanamo detention facility.

Rob Freer is a researcher working on the state of human rights in the U.S. Since 2001, Rob has produced dozens of reports and analysis pieces regarding human rights abuses committed in the context of the “war on terror”, particularly in the US detention centre in Guantánamo Bay, Cuba.

2 thoughts on “5 Years: Time For Obama to Keep His Promise”