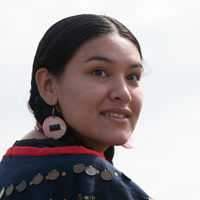 By Cindy Ko and Adotei Akwei

It is time for the Obama administration to ensure implementation of standardized sexual assault policies aimed at helping ensure that Indigenous survivors of sexual violence can access medical treatment and support services. Indigenous women face disproportionately high levels of rape and sexual violence.

The Department of Justice (DOJ) compiled statistics that show over one in three Native American and Alaska Native women will be raped during their lifetimes. They are also 2.5 times more likely to be raped or sexually assaulted than women in the USA in general.

In order to achieve justice, survivors frequently have to navigate a maze of tribal, state and federal law. These complex jurisdictional rules undermine equality before the law and often allow perpetrators to evade justice. At all levels, law enforcement and justice systems are failing to ensure justice for Indigenous survivors of sexual violence – their cases may not be investigated, vital evidence may not be collected via a “rape kit” and their cases may never be prosecuted.

In response, the Tribal Law and Order Act, passed into law in 2010, required the Indian Health Service to develop standardized sexual assault policies and protocols.. Unfortunately, while these protocols have been developed they have not been effectively implemented.  These protocols and policies are vital in ensuring that Indigenous women receive the services that they need following a sexual assault, including ensuring that vital evidence is collected and that survivors have access to emergency contraception.

When the Tribal Law and Order Act was signed, Lisa Iyotte bravely told the U.S. House of Representatives her story of how the system failed her when she needed it most. One night when she was living on the reservation, she was violently beaten and raped in her home in the presence of her two young daughters. At the IHS hospital, “no one asked me aboutthe rape and I had to wait all night for someone to collectthe DNA evidence from the attack.” Iyotte said. Although a suspect was identified, federal authorities refused to get involved because no weapons were used. Several months later, the same man attacked another woman, but he was never prosecuted for raping Lisa Iyotte. The Tribal Law and Order Act is supposed to rectify these problems to ensure that women like Lisa receive the standardized sexual assault care they need and that their cases do not fall through the cracks.

The President must live up to his commitment to take action and be at the front of the effort to support Indigenous women and take sexual assault head on.

Take action to ensure the President takes action by implementing the new policies and ensuring they are enforced.