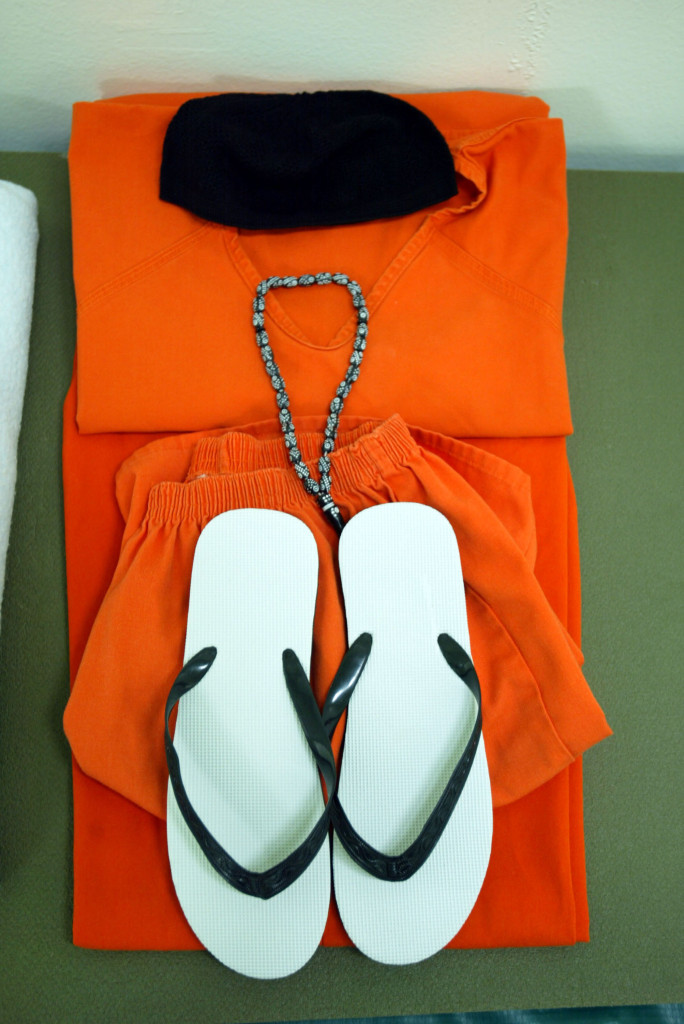 By Rob Freer, US Researcher at Amnesty International

Almost 5,000 days after transferring Tariq Ali Abdullah Ahmed Ba Odah to the US detention facility at Guantánamo Bay in Cuba, the US authorities have turned the screw on him yet tighter. This is despite knowing that they risk inserting a nail in his coffin by so doing. The health of this Yemeni national is in a parlous state. He has been on hunger strike since 2007 in protest at his indefinite detention without charge or trial. His body weight is currently at around 56 per cent of its ideal and has been for several months. In a brief filed in federal court in June 2015, his lawyers assert that “he is visibly suffering from the devastating effects of severe malnutrition and is at serious risk of permanent and neurological impairment and death.” The brief seeks a judicial order requiring the government to “take every necessary and appropriate step to facilitate his immediate release from Guantánamo.”

This gave the Obama administration an opportunity to do the right thing — to not oppose the habeas corpus petition and to expedite Tariq Ba Odah’s release from the base on urgent medical grounds. It declined to do so. On 14 August, the US Department of Justice filed its opposition to the petition. Its contents are not public as the administration filed its response under seal. Suffice it so say, the Department looks set to fight having the judge order release of this man.

Three medical experts had signed declarations in support of Tariq Ba Odah’s petition. Having been told by the detainee’s lawyers about the various mental and physical symptoms he is showing, Dr Sondra S. Crosby said:

“I cannot overemphasize how alarming these facts are from a clinical perspective. Even without elementary diagnostic tests, I can confidently say that Mr Ba Odah is suffering from severe malnutrition and that the continued course of presumed chronic caloric, protein and potential nutrient deficiency associated with such a state of starvation will, without medical intervention, lead inevitably to death, possibly in a period months. It is also quite possible that he has already suffered injury to his organ functioning or gastro-intestinal system or that he is neuro-psychologically compromised in a manner that would need to be diagnosed and which I would expect could require long-term treatment and rehabilitation.”

“His condition requires immediate medical intervention, sophisticated diagnostic analysis, and a period of long-term rehabilitation and recuperation. It is possible that Mr Ba Odah has already suffered or is suffering from medical and neurological injuries that will produce permanent impairment or disability… The signs of mental and physical decompensation he presents are grave and associated with the severity of starvation one might observe in a late-stage cancer or AIDS patient.”

“The symptoms described to me suggest that Mr Ba Odah’s nourishment has been so seriously compromised that some of his cognitive, neurological and physical functioning have substantially deteriorated and that physical and mental rehabilitation would take many months or longer for them to be restored, if indeed they can be at this stage of his illness. There is also a strong likelihood that the physical, neurological, and neuropsychological damage he is suffering from may be permanent and cause a lifetime of complications or impairments.”

The medical experts also point to the lack of trust Tariq Ba Odah has in the Guantánamo medical staff, which he and other detainees regard as an extension of the guard force, and which has been responsible for his force feedings, conducted “in a manner he finds painful and coercive, often requiring his immobilization in a restraint chair.” Dr Ghannam has concluded that this feeding is “extremely invasive,” perceived by the detainee as “humiliating,” and is “therefore both physically and psychologically damaging.”

In its Declaration of Malta, the World Medical Association underlined that force feeding of a mentally competent hunger striker by medical staff contravenes medical ethics. Decision-making in this area is complex, heightening the need for detainees to be guaranteed continued and regular access to independent medical assessment and care. Force feeding of a mentally competent hunger striker also breaches their right to freedom of expression, and so must never be used as a tool of repression or means to break a strike and impede a detainee’s right to peaceful protest.

Additionally, force feeding would amount to cruel, inhuman or degrading treatment, or even in some circumstances torture, if it is intentionally and knowingly conducted in a manner that causes unnecessary pain or suffering. Tariq Ba Odah has himself described force feeding sessions. For example:

“I was tortured with the restraining chair when they were filling my belly with two packs of Ensure [liquid nutrition] and it felt like waterboarding, yet here it was with Ensure and all my limbs are restrained to the chair and the air conditioner is over my head blowing freezing cold air, in addition to my soaked clothes from wetting myself and vomiting by virtue of the large amounts of ensure, mixed with water and laxatives, which were given to me. There would be vomit all over the floor. They would introduce a 14 size tube with a metal end inside my nose to reach my stomach and sometimes my lungs and when they would take it out it would be filled with blood….”

A “trust-based doctor-patient relationship is of paramount importance for treatment and recovery,” asserts Dr Crosby in her declaration, adding that “under well-known medical ethical principles codified in the Malta protocol, Mr Ba Odah should receive necessary medical care outside the present custodial setting.” Without “immediate intervention outside of Guantánamo,” concludes Dr Ghannam, this detainee “could perish within a relatively short period of time.”

Tariq Ba Odah has described the Guantánamo hospital as “torture,” and has expressed his belief that medical staff there cooperate with guards to cause him harm, and that he has been denied certain medical care to try to get him to stop his hunger strike. According to his lawyer at the Center for Constitutional Rights in New York, since 2009 he has been held in conditions of severe isolation in Guantánamo’s Camp 5, a place the detainee describes as “dark and cold” and one that has left him “frail, weak, and sick.” He has told his lawyer that he does not want to die at Guantánamo, but that he is “compelled by the injustice of his indefinite imprisonment to protest in the only peaceful way available to him.”

Tariq Ba Odah was transferred from Pakistan to US custody in Afghanistan in late December 2001 and from there taken to Guantánamo on 9 February 2002. In those 13 and a half years he has never been charged. It is now five and a half years since the Guantánamo Review Task Force, set up under President Obama’s Executive Order committing his administration to close the detention facility by 22 January 2010 at the latest, said that he would remain in “conditional detention” until an improvement in the security situation in Yemen or a “third country resettlement option becomes available.”

Part of the continuing shame on the USA is that it refuses to do what it asks of others — to take released detainees, even those, it seems, who may approach death as a result of their treatment by the USA.

The USA can remedy the Guantánamo situation, not by breaking any hunger strike through force feeding or isolating detainees, but by introducing real justice and respect for human rights as the route to resolving all of the remaining detentions and doing what it should have done years ago — releasing detainees whom it does not intend to prosecute and bringing those it does to fair trial in independent civilian courts without recourse to the death penalty.

The US administration says it is committed to resolving the Guantánamo detentions as soon as possible and to closing the facility. Its decision to oppose Tariq Ba Odah’s habeas corpus petition says otherwise.

Tariq Ba Odah may be at death’s door, but the Justice Department has again endorsed the indefinite detention regime that put him there.

The US administration has shown it has no intention to prosecute Tariq Ba Odah. It should immediately release him, with all necessary protections, and ensure that he receives the medical treatment and other care he requires.