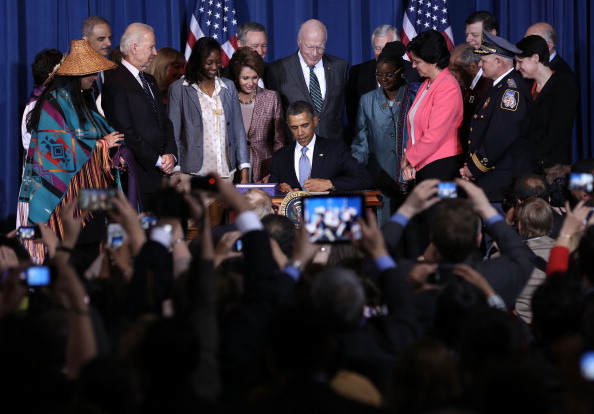 Improving the US response to sexual violence in Indigenous communities

Consider Native American and Alaska Native women, who are 2.5 times more likely to be raped or sexually assaulted than non-Native women in the USA. The extreme levels of sexual violence against Indigenous women make it critical that Indian Health Services implements standardized, written sexual assault protocols.  These protocols are needed to ensure the timely collection of forensic evidence which is crucial for a successful prosecution, and which also ensure that Native American and Alaska Native women have access to the health care services they need, including unrestricted access to emergency contraception.

While the Tribal Law and Order Act, which you, Mr. President, signed into law in 2010, required Indian Health Services to develop standardized sexual assault policies and protocols for the facilities of the Service, they are not mandatory and implementation remains a problem.  As a result, treatment of sexual assault survivors has been inconsistent and results in violations of human rights under the United Nations Declaration on the Rights of Indigenous Peoples and the Convention on the Elimination of All Forms of Racial Discrimination, as well as other international standards.   We call on you to ensure that Indian Health Services adopts and enforces standardized sexual assault protocols that include full and equal access to emergency contraception.

Mr. President, you recognized how important it is for the US government to take a stand against this human rights scandal when you promulgated the US Strategy to Prevent and Respond to Gender-Based Violence (GBV) Globally in August 2012, which seeks to integrate and utilize ongoing foreign assistance efforts aimed at preventing violence from happening in the first place and ensuring proper support for survivors when it does.

Consider survivors such as the Yezidi women and girls in Iraq who are facing harrowing violence at the hands of the armed group calling itself the Islamic State, including torture, rape, other forms of sexual violence and forced marriage. The US GBV Strategy is meant to help ensure access to the kinds of lifesaving services so essential to the Yezidi survivors of sexual violence. But the Strategy is set to expire in August. What will happen to such critical efforts when it does? To the women and girls who need the support the most?

Calling for passage of the International Violence Against Women Act

We must ensure that this important Strategy becomes permanent through passage of the International Violence Against Women Act (IVAWA), a bill which makes addressing GBV a cornerstone of U.S. development and foreign policy.

In the coming weeks, IVAWA will be reintroduced in the 114th Congress, and while Amnesty activists will do our part to push for its passage, we need you to do your part, Mr. President. We need you to support the passage of IVAWA and commit to renewing the US Strategy to Prevent and Respond to Gender-Based Violence Globally before it expires this summer.

Will you be a leader for women and girls in your State of the Union address?

Until everyone, and governments alike, recognizes their responsibility to end violence, the health and safety of women and girls around the world will remain at risk. We call on you to ensure that the United States will continue doing its part by committing to the continued implementation of the GBV Strategy, encouraging Congress to pass IVAWA, and pushing Indian Health Services to take further action to effectively respond to sexual assault. The women and girls of the world cannot afford for you not to.

Julia Drost and Rachel Ward contributed to this blog.

One thought on “#DearObama: 3 Steps to Advance Rights of Women and Girls in Your State of the Union”