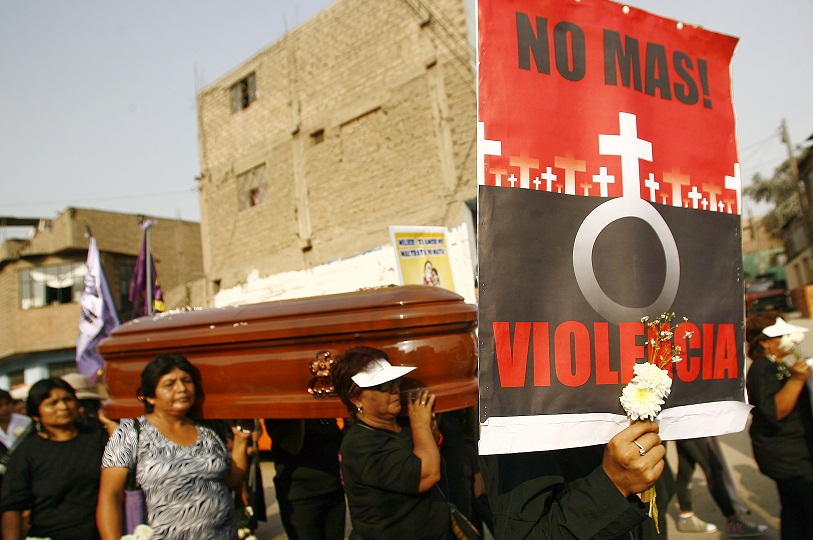 Today, Representatives Jan Schakowsky, Nita Lowey, and Howard Berman, re-introduced the International Violence Against Women Act (IVAWA), a bill that will help end the epidemic of violence against women and girls around the world.

For example, when the US responds to humanitarian crises, IVAWA will ensure the US addresses the needs of women and girls who are vulnerable to attacks in camps for refugees and internally displaced people.  The bill also provides support to and help builds the effectiveness of non-governmental and community-based organizations working to end violence against women and girls globally.

One woman in three has been beaten, coerced into sex, or otherwise abused in her lifetime.

”
When global statistics show that one woman in three has been beaten, coerced into sex, or otherwise abused in her lifetime, it’s clear that the time for swift action is now.

The recent reports of attacks on women and girls in Afghanistan underscore the urgency of passing this legislation. Just last week, The New York Times featured a story about Lal Bibi, an 18-year-old rape victim who alleges that she was brutally gang raped by members of the U.S.-trained Afghan Local Police.

Schoolgirls in Afghanistan are also making global headlines these days — for all the wrong reasons. Two weeks ago, CNN and BBC reported that 160 Afghan girls were poisoned by noxious gases in their schoolroom. Just weeks before, Reuters reported more than one hundred school girls became sick after drinking water that had been purposefully contaminated. Instead of celebrating personal tales of success and academic achievement, news outlets have no choice but to report on the day to day reality of violence facing school-aged girls in Afghanistan.

This violence doesn’t affect just women; it affects everyone. Gender-based violence is not only a gross violation of women’s human rights but prevents countries from thriving. It prevents women from going to work and participating in their community and it limits their access to economic and educational opportunities that can create better lives for themselves and their families.

The International Violence Against Women Act will help turn the tide of this global crisis and ensure that the U.S. lives up to its international responsibility to help end violence against women globally.

If you think that stopping one in three women from facing violence during their lifetime is worth a minute of your time, tell Congress to pass the International Violence Against Women Act now.