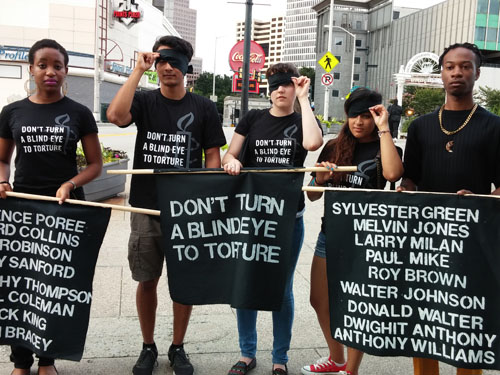 It’s been one week since activists across the United States showed their support for torture survivors through rallies and our photo solidarity campaign.

Chicago Police Commander Jon Burge tortured more than 100 men and women of color between 1972 and 1991.

Here are just a few of the activists who demanded reparations for these survivors on the International Day in Support of Victims of Torture.

In Washington, D.C., participants marched to the Supreme Court and U.S. Capitol with signs bearing the names of torture survivors. 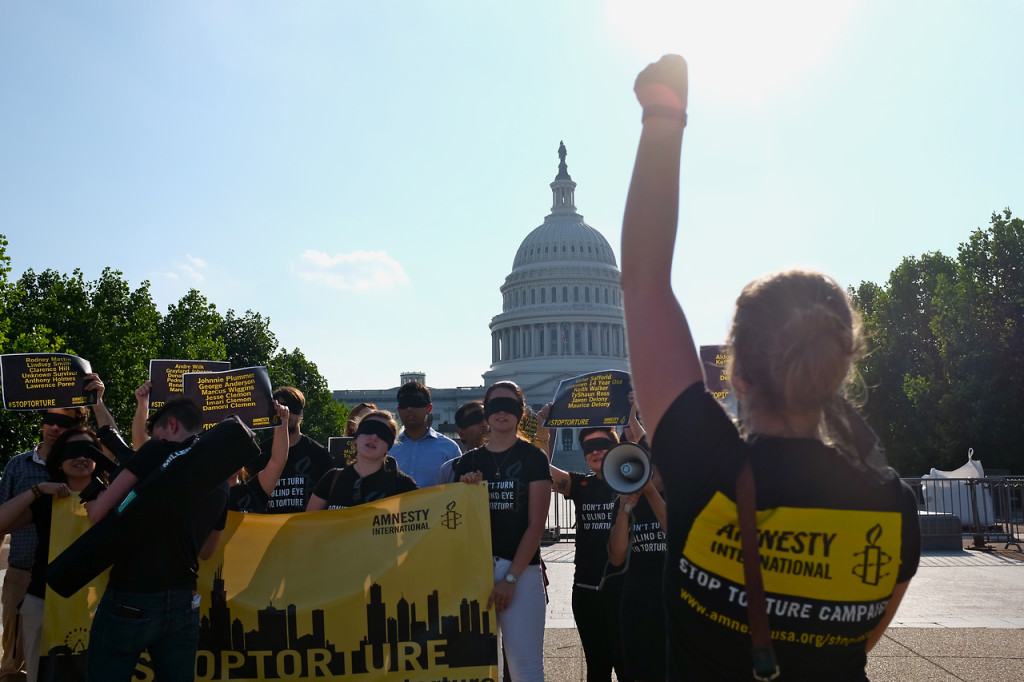 Protesters, including this activist in Atlanta, wore blindfolds during the rallies. 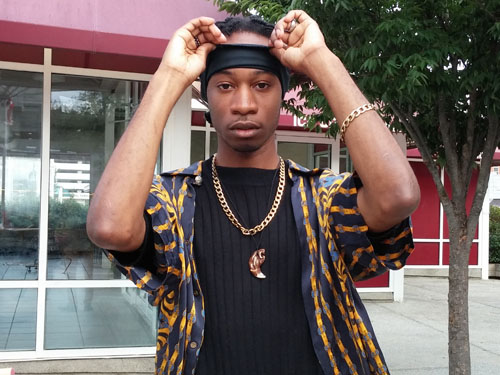 Others showed their support for torture survivors by posting photos with #StopTorture signs to Amnesty’s Instagram and Tumblr accounts. 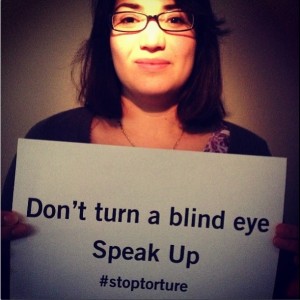 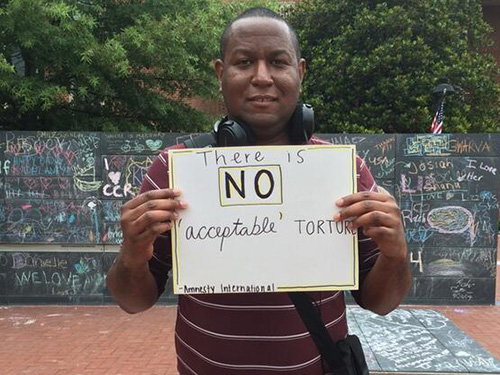 And in Chicago, activists carried black banners with the names of survivors and the day they were tortured. Thank you to everyone who participated. For more information and to sign the petition, visit http://amnestyusa.org/chicagotorture.